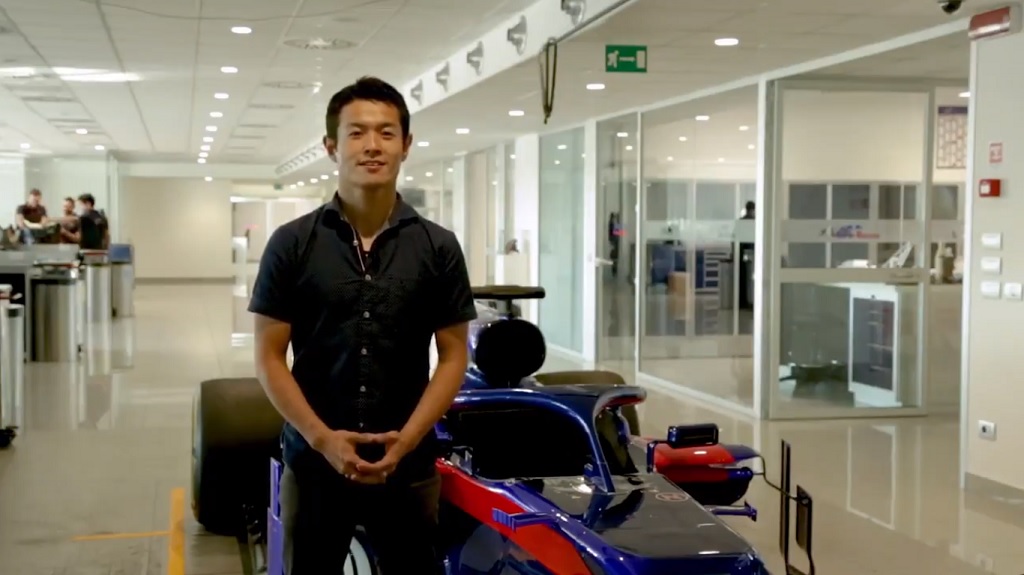 The Toro Rosso F1 team are set to give seat time to Super Formula and Super GT champion Naoki Yamamoto during FP1 at this weekend's Japanese Grand Prix.

With Yamamoto's strong association with Toro Rosso engine supplier Honda, coupled with the fact that the brand will be racing at home in Formula One this weekend, the Italian squad have confirmed they will be giving seat time to 31-year-old Naoki Yamamoto as he looks set to make his Grand Prix debut this Friday.

Yamamoto is highly regarded in Japan, having spent much of his senior career racing in the Japanese Super GT series - taking title honours last season alongside former Formula One World Champion Jenson Button in the Team Kunimitsu Honda NSX.


“We are very pleased to have a Japanese driver here in Suzuka driving our STR Honda, and we are sure that Naoki san will enjoy the laps in FP1 on one of the greatest race tracks in the world" said Toro Rosso Team Principle, Franz Tost.​
"He is a talented driver, being the reigning champion in Japan's two most important race series, and he also knows the Suzuka circuit very well. Naoki san has spent several European races as part of our team this year, getting to know the engineers he will work with this weekend and he has also spent time in our simulator. I am sure that all the fans in the grandstands will enjoy seeing a Japanese driver taking part in the Japanese Grand Prix weekend."​
Toro Rosso have yet to confirm who will be stepping aside for Yamamoto this weekend, with both Daniil Kvyat and Red Bull refugee Pierre Gasly both doing well in the current driver championship rankings.

Yamamoto will be the first Japanese driver to sample modern Honda power during an official Formula One race weekend, with previous partners McLaren having decided against the now traditional practice of allowing local talent the opportunity to hit the track in front of their home fans.

Anyone else think what's the point? Surely at 31 this is a promotional drive only? Unfortunately meaning one of the drivers will be behind on practice.

Paul Glover said:
Anyone else think what's the point? Surely at 31 this is a promotional drive only? Unfortunately meaning one of the drivers will be behind on practice.
Click to expand...

Long time Honda driver, has an outstanding record with 2 Super Formula championships (Leading this 2019 with 1 round to go) and 1 Super GT title. This is probably more of a Thank You drive for Naoki but a promotional one for Honda having a Japanese driver in a Japanese powered car in F1 again. Who knows... If he has the "stuff" and is capable which he has proven, he might be given a go.
W

Why not give him the Redbull, if they need to do promotions .... It will be faster and make him look good Max won't mind
3

I don't think the engine suppliers should get to decide drivers

386 said:
I don't think the engine suppliers should get to decide drivers
Click to expand...

But they been influencing teams as long as I can remember. By giving extra support or discounts as long as "their" drivers get behind the steeringwheel.

Richard Hessels said:
But they been influencing teams as long as I can remember. By giving extra support or discounts as long as "their" drivers get behind the steeringwheel.
Click to expand...

That's true, but they still shouldn't be able to. There's too much crap in F1 these days which takes away from the outright competition that it should be. Save promotion for advertising campaigns and let the teams/drivers race.

Tried it and it was an epic fail.
And yes, this is just another PR stunt.

Long time since we have had a Japanese Driver in F1. I know what you are thinking Japanese drivers crash to much, and that has been there cultural stereo tipe in F1. But Kobayashi was actually very reliable. He got a podeom at Suzuka. Also Nakajima was very good in the 80's.

Dose anyone give a monkeys who runs in practice. Cant say i even watch it. The only time you do is when you are lucky enough to watch the race live from the track. But times and numbers have little relevance.
I had a book with all the practice times for races. I noticed Michael Schumahcer would be slow and a little of the pace and build up seed for qualifying where it matters. This was the old days of single session qualifying when you could modify the cars setup. ah those where the days.

People writing articles about this should really have to clarify in the headline that Yamamoto is only in FP1. Good on him, though! Getting into an F1 car for the first time for a Japanese driver since Kobayashi. I miss Kamui. His presence in Super Formula almost makes me watch it.

Honda should get their own factory works team just like Mercedes and develop Japanese drivers this way. Having Kyvat or Gasly step aside at this stage of the season is just rude on the part of Red Bull's management.

Well good for him and nice to see new faces, even if it's only in a practice run.

In my opinion 31 is not old for F1, if he has the speed, mental toughness and ability he could have a few good years in F1. Most stop at about 35 so it's not unreasonable to for him to want to try for F1 is he has the talent and backing.

What a great track to drive on too, I'm sure he'll have fun

I could be biased, I should be biased. I am from Asia. Yes I like Albon, and Jeremy Lin and Manny Pacquiao. Oh that guy at 40. Don't say it's different. All you need is the mindset and the body to take you there.

In related news, I think things just got a little more interesting (suppose to reach by Saturday/Sunday) : 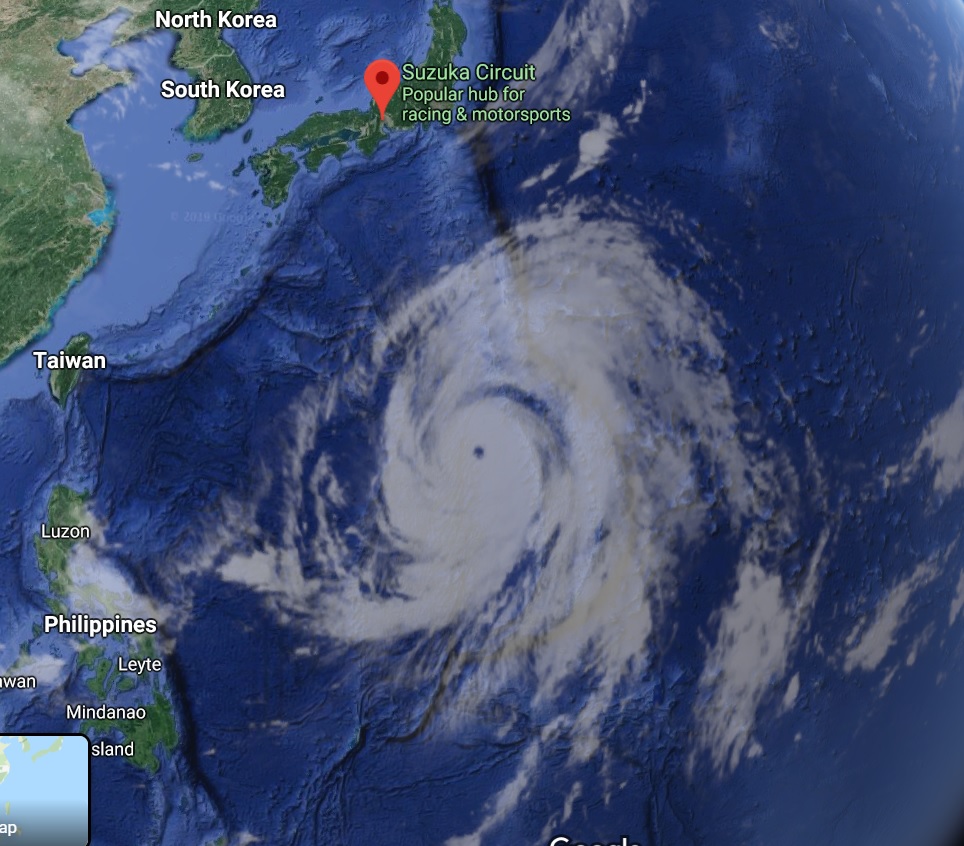 Looks like the 'Divine Wind' is causing trouble again......
Hopefully qualifying will just be moved to Sunday again, like last time this happened.

Serious question: would a high downforce F1 car even be affected by typhoon class wind?
I get the visibility or lack of due to the rain might be an issue but the actual wind?