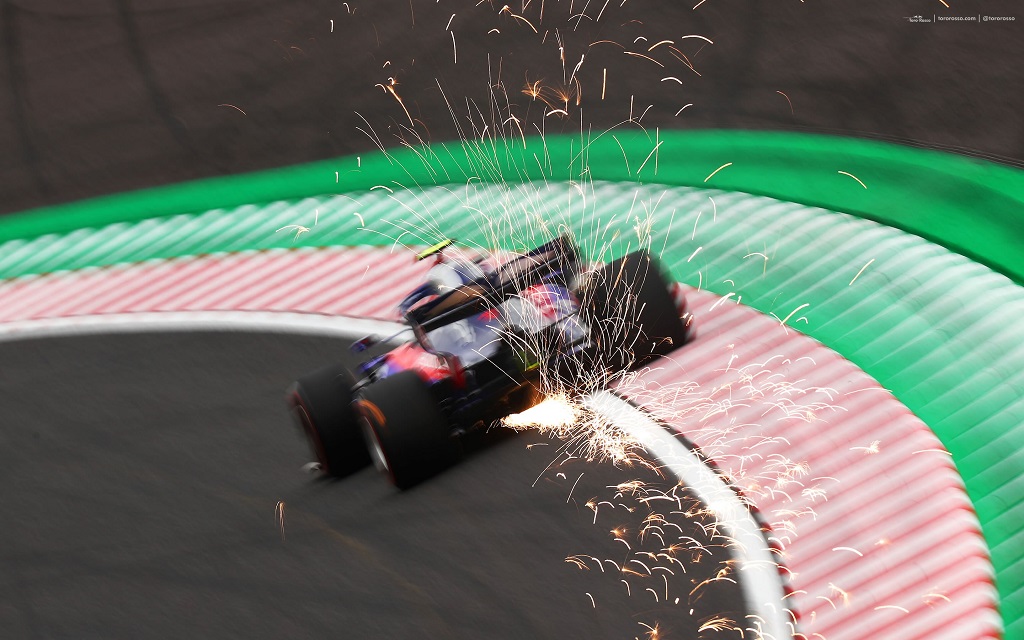 The Toro Rosso Formula One team have confirmed a change of identity for the 2020 Formula One next year...

... dropping the name held since 2006 in favour of becoming Alpha Tauri from the 2020 racing season.

Having been part of the larger Red Bull family following the Austrian teams purchase of perennial backmarker outfit Minardi at the end of 2005, Toro Rosso will undergo another identity change next season, becoming Alpha Tauri from the start of 2020.

Still remaining under the current Toro Rosso management structure, and maintaining their relationship with Honda for a third consecutive season, the switch to Alpha Tauri does not represent a new entry into Formula One, but more of a bid to align the Red Bull marketing machine to promote the new Red Bull owned clothing range of the same name.

Having been in the works for quite a while, it is understood that the F1 Commission e-vote approved the change request following the recent Russian Grand Prix, granting permission for the Italian squad to re brand once the current campaign comes to a close next month.

I'd prefer moving back to Minardi, world's ever best underdogs, but there is no money in that, so Tauri without Cen it is.

They also have something called Herobranding. What in the world is that?
https://alphatauri.com/en-ca/c/men-herobranding/

Michel Bélisle said:
They also have something called Herobranding. What in the world is that?
https://alphatauri.com/en-ca/c/men-herobranding/
Click to expand...

Sweating under huge prints is tight! Sign me up!

45 dollars for the cheapest T-shirt, think I'll stick with fruit of the loomers
2

I realized the only comment I could make was not fit for this site...

Crap name. Not much more to say really.

To be honest, i prefer that the team keep the current name. Because that he may be confused between Alpha Tauri and Alfa Romeo Racing.
And why not Tauri Rosso?

About the post above, Toro Rosso is Italian for "Red Bull" and "Alpha Tauri" is Latin (actually "alpha" is Greek! But the Romans loved Greek) and it could mean something like "the first (star?) of the Taurus (constellation?)".
Last edited: Oct 17, 2019

This is like when the middle child does something outlandish to remind everyone they still exist!

F1 is a marketing platform as far as Red Bull is concerned. Name the team whatever they'd like, as long as they keep paying the bills and filling the grid, fine by me.

Michel Bélisle said:
They also have something called Herobranding. What in the world is that?
https://alphatauri.com/en-ca/c/men-herobranding/
Click to expand...

59,90€ for a t-shirt it's a joke
I want back the duo Minardi — Motori Moderni (Modern Engines)

All motorsport is marketing. Without it you'd only have a few small series of people doing it that had the money to race regular sports cars. Without marketing and advertising, half these teams wouldn't even exist.
People seem to be up in arms about the fact that these people advertise and market their product. How else would they have the money to compete or to sell their cars etc.?
The prices for merchandise on the other hand is just to remind everyone how much it costa the teams to compete in this series. They have to try and claw some revenue from somewhere
D

When another Italian team saw the prices being charged, they too decided to change their name for marketing purposes. It is kinda catchy.

The Other Red Shirt-Selling Team

Meh, I prefer TR, but I guess this will be less confusing for people getting in to F1. Having Red Bull and Toro Rosso on the grid was always a little weird for first time viewers.

What a crock!
Scuderia Toro Rosso at least has a flavour of Italian motor racing to the name, Alpha Tauri is just another marketing label and one that is rooted in $$$.

Next year: Alfa vs Alpha
Kimi in an Alfa when seeing an Alpha: "That Toro Rosso or whatever the **** it's called..."
D

That is cute, you actually think Kimi will be back next year.....The 2nd half of this season has not been kind to our favorite Finn.