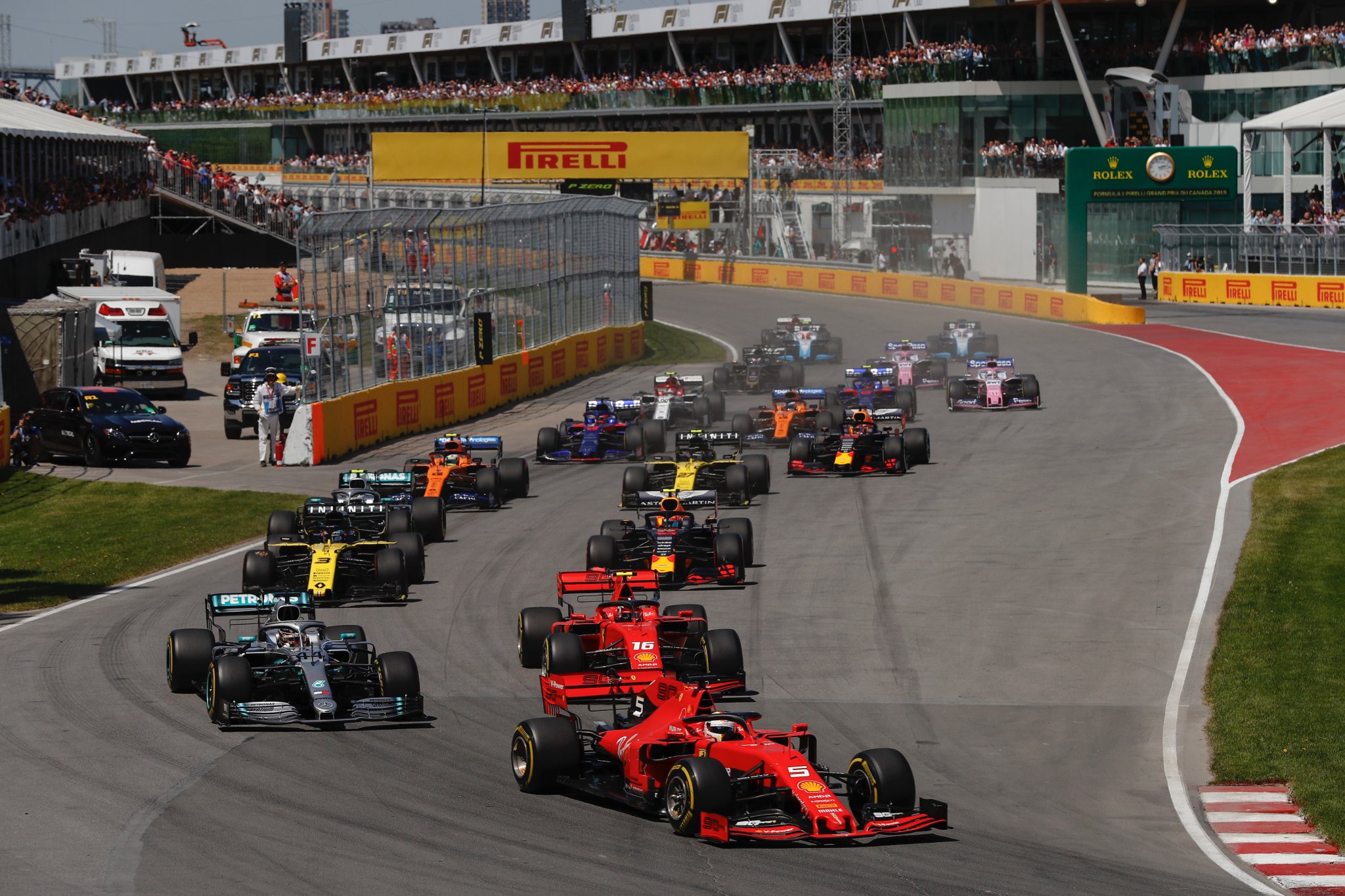 Voting is open for the 2019 Canadian Grand Prix 'Driver of the Day'.

The Canadian Grand Prix wasn't exactly a classic in the traditional sense of the word, but it certainly had some points of high tension and stand out performances throughout the field.

Do you think the podium finishers performed the best, or one of the lower ranked drivers most deserving of the RaceDepartment community praise?

Let us know in the poll and comments section below!

I voted for Lewis simply because he set himself up with 30 laps to be allover the gearbox of vettel. I don't actually think he'd ever have enough grunt to get past even with DRS, but it was all about forcing a mistake....

I didn't watch the race 'cos I care not for F1, but seeing the video of Vettel moving the Position Boards at the end was bloody funny, top sulking from the bloke, Man Of the Match for that alone for me!
P

Just because of the big injustice that was done to him today... my vote goes to Vettel.
And I never thought I would ever say this, but Stroll had a good home race as well.

I never ever thought I was going to say this, but I actually voted for Stroll (not 'lololol today).
I usually give him a lot of flack, but this was a/his first for a very long time. Hauling a crap RP car into the points is a good race.

I will probably get a lot of hate, but I think Stroll wasn't bad this race. From P18 to P9 is a nice race, especially in the (more or less) tight midfield. I still don't like him. My second vote would have gone to Verstappen probably

I thought stroll had a cracker too. Kvyats move on Sainz was pretty ballsy too.

Jan Larsen said:
I never ever thought I was going to say this, but I actually voted for Stroll (not 'lololol today).
I usually give him a lot of flack, but this was a/his first for a very long time. Hauling a crap RP car into the points is a good race.
Click to expand...

Actually he was very good , specially his late move on sainz

Lewis In a World Championship manner behind Vettel to put pressure on him. Vettel then with mistake (as usual for him in such situations). Penalty to Vettel according to regulations :: correct. Do not fool the Stewards ... Nobody (except the Ferrari fans) believes him that he could not turn his car after his mistake. If you look at the videos, he could have definitely turned. When Vettel came back on the track, his speed was very low and there was clear grip

But: He deliberately did not turn - on purpose in order to block Hamilton

In the duel 1: 1 with Lewis, Sebastian always gets the short end of the stick through his vulnerable psyche He has to improve this first
Last edited: Aug 19, 2019
P

A small side step from DOTD...Team boss of the day was Guenther Steiner, because he told Magnussen to shut up complaining that he was driving the worst car ever. Show some respect for your engineers Magnussen! They had to work hard to fix the car you crashed the day before!

My vote goes to Lewis for 'wringing the neck' of a car that was literally in pieces at the start of the day, to challenge Ferrari in a car that is much faster on this circuit.
That said....Vettel earned the victory.
He deserved it.

Voted Hamilton straight up because he performed amazing even though he had issues with his car.

Vettel need I say more, he was the winner of that race and its time for the FIA to reboot and rethink about becoming 100% neutral in racing events so they show ZERO favouritism to any team

Whether the penalty was justified or not, Vettel made once again a big mistake under pressure and wasted an opportunity to score a win at one of the few tracks where Ferrari has an edge.
Better driving from the man behind.

...lets all parrot “again made a mistake under pressure” and now think how stupid that actually sounds if you really think about what you are saying, yes stupid and you’ll realize why when you bother to put some genuine thought to it.

pcraenme said:
Just because of the big injustice that was done to him today...
Click to expand...

There are many drivers in F1 who has got penalty for unsafe return to the track and why should Seb not get penalty also especially when you can see from on-board video that he turns to the right with the purpose to block Hamilton. I am not fan of Hamilton but look on-board video how he avoids accident by judging how dirty Vettel is based to experience from before.
Rules are rules and they are to everybody also to the race leader.

When Sebastian Vettel is voted as driver of the day it is a joke and shows how little knowledge people has to the rules and F1 racing and it is good that judges discovers dirty moves like Sebastian did in Canada.

Driver of the day is Lewis Hamilton without no doubt.
You must log in or register to reply here.