Codemasters have teased a new performance and livery update for their F1 2020 racing title - set to be release early next week.
Early next week Codemasters have confirmed they plan to release a new update for F1 2020, addressing the latest relative performances of the current Grand Prix grid whilst also producing minor livery updates to a number of cars. 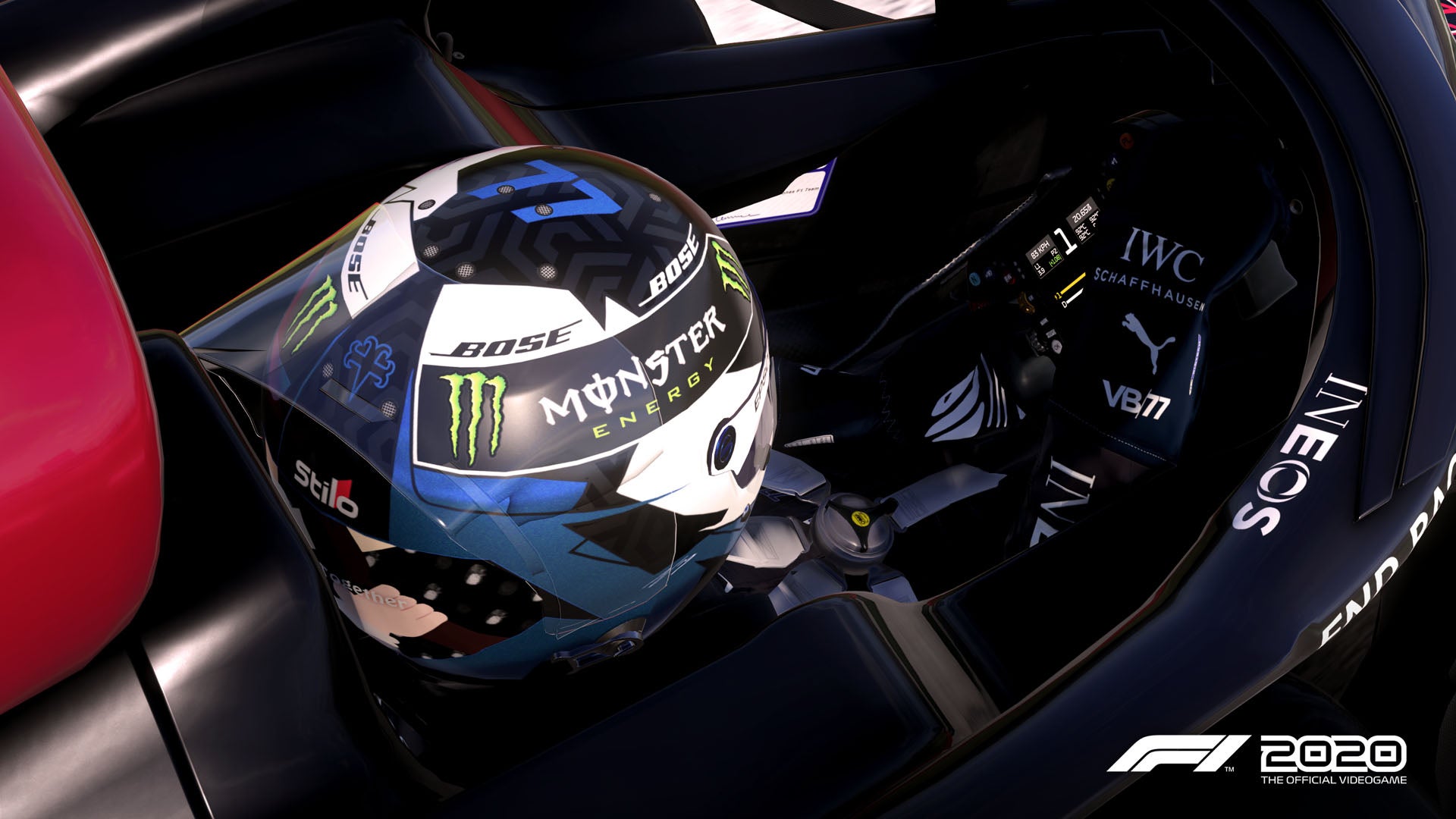 In terms of liveries, the update is set to bring changes to the helmets of both Mercedes drivers, Lewis Hamilton and Valtteri Bottas, and also adjustments to the livery used by Ferrari and Red Bull, with the Austrian team getting further visual updates on the pit crew sponsor logos.

From a performance point of view, update 1.12 will bring with it a reduction in competitiveness to the Ferrari Power Unit, affecting both the works Ferrari team, and customer outfits Haas and Alfa Romeo. 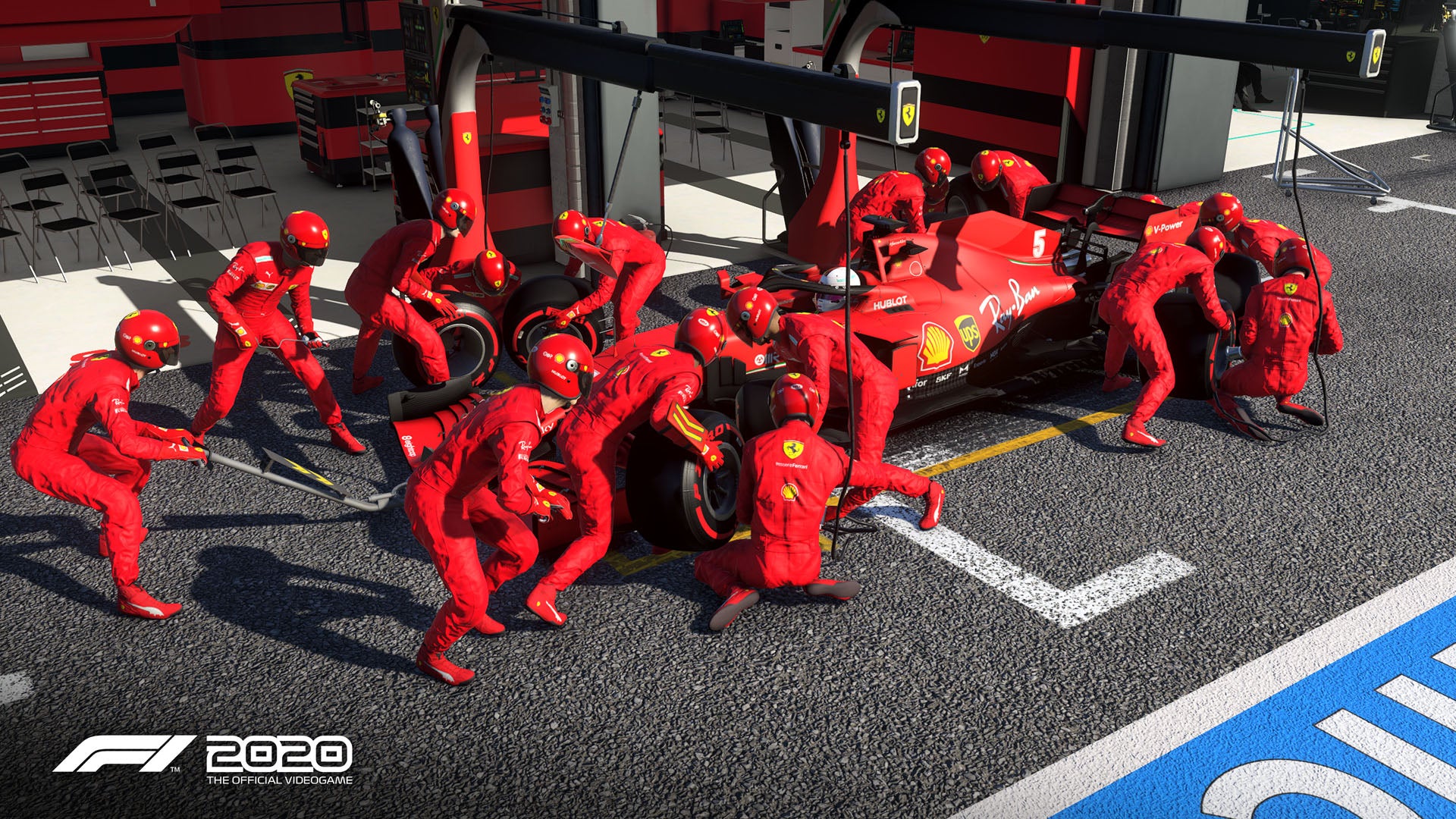 Additionally, Codemasters have also adjusted the performance of some teams within the game based on the relative strengths and weaknesses displayed over the first 11 races of the season. Over and above to the Ferrari PU adjustment, Alfa Romeo, Ferrari and Haas have also been given further decreases, with just Racing Point improved as part of the new patch.

It is worth noting that according to Codemasters, the "Power Unit stats and prices remain unchanged in My Team, so as not to unfairly change the balance of your experience", which will no doubt be a relief to those players currently working their way through a career mode within the title. 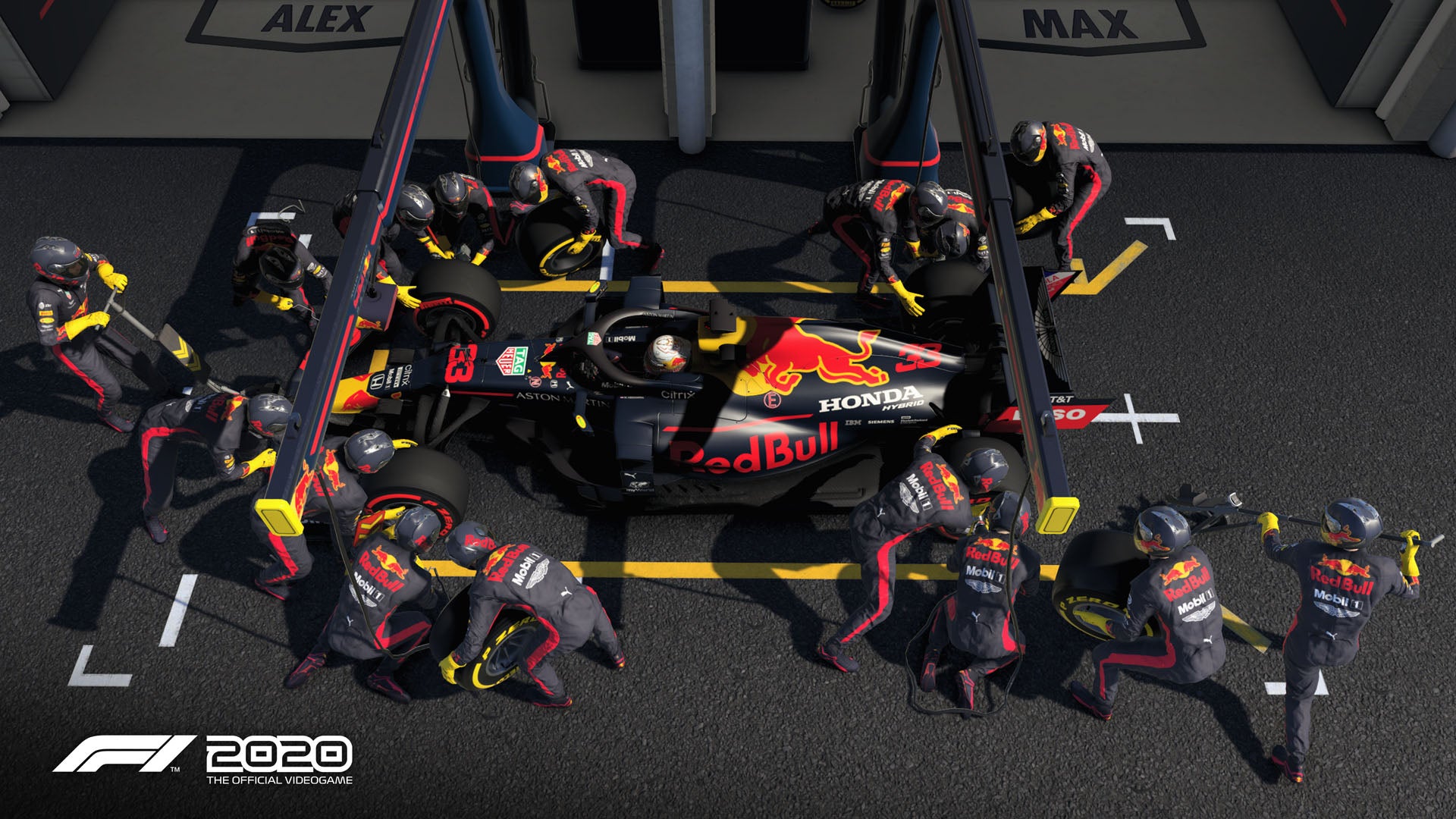 Codemasters have not yet revealed the exact date of the new release, although they do confirm it will be deployed to the simulation at some point next week, with further optimisations and fixes set to be bundled together as part of the 1.12 build.

Sadly no word from the studio yet on the promised F2 2020 season update, expected to be launched as free DLC content to the title before the conclusion of the calendar year. 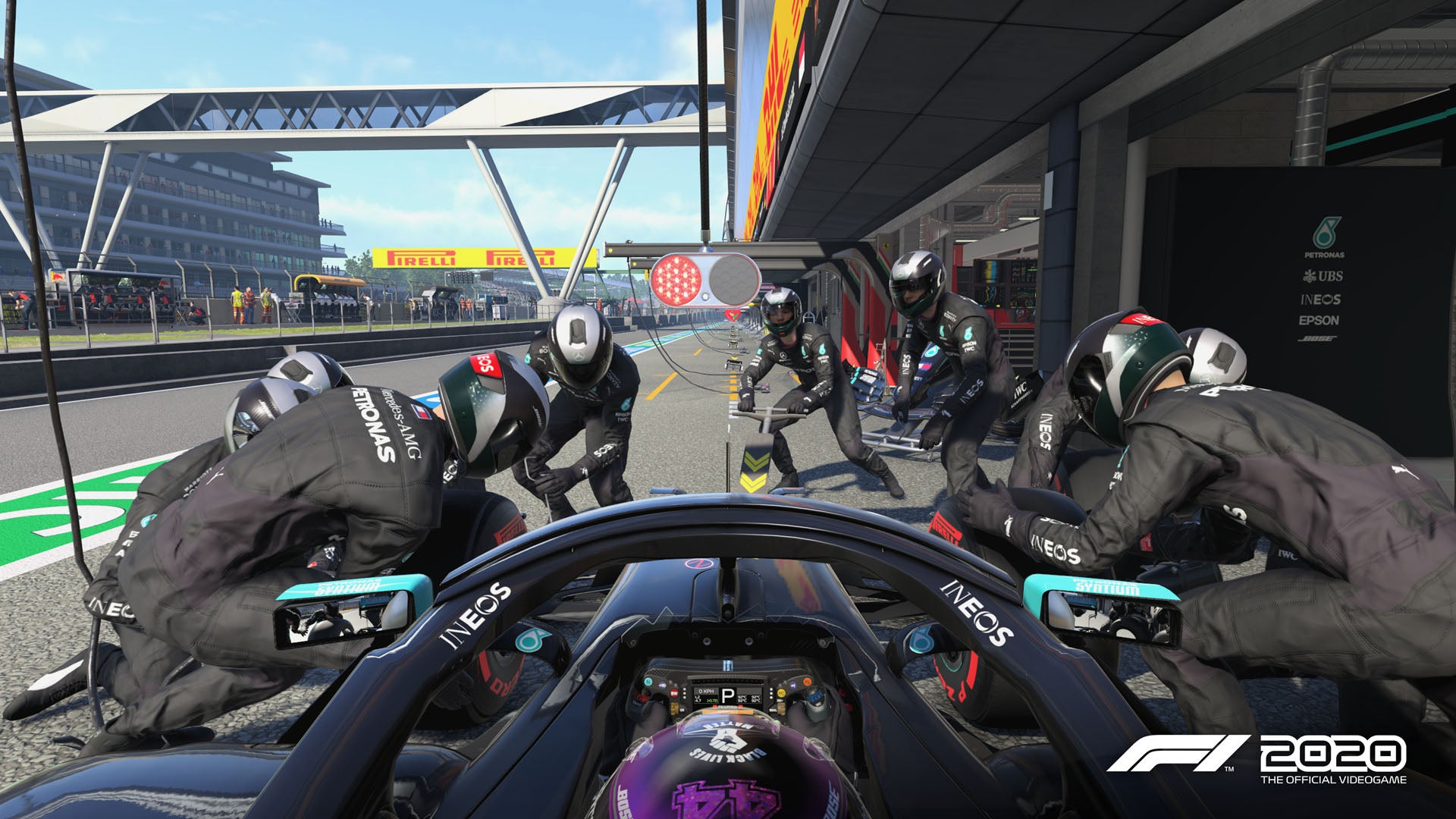 Ferrari will use its veto against this PU update!
Upvote 0 Downvote
R

I think the Ferrari PU will good, especially for Williams as currently their AI is all sad and lonely out there with nobody to talk to, at least for the first two thirds of the race.
Upvote 0 Downvote

"It is worth noting that according to Codemasters, the "Power Unit stats and prices remain unchanged in My Team, so as not to unfairly change the balance of your experience", which will no doubt be a relief to those players currently working their way through a career mode within the title."

Fair enough, but a lot more are complaining about it possibly not taking effect for new MyTeam starts... you literally only have to check their Twitter and Facebook replies for that, never mind the forum, to see that. People have been asking for this for ages.

Apparently one of the Codemasters PR folks are "getting clarification" on this from an hour or two ago. We don't actually know if it will at least affect the Ferrari powered cars in MyTeam, fresh start or existing save, so you can at least not pick Ferrari PU for immersions sake.
Upvote 0 Downvote

Hey, my mouse is working in the game!!!
Upvote 0 Downvote

Badwheels said:
Hey, my mouse is working in the game!!!
Click to expand...

Does it still stutter like crazy on the PC?!
Upvote 0 Downvote

I am kidding folks. Codemasters doesn't know what a mouse is.
Upvote 0 Downvote

Badwheels said:
I am kidding folks. Codemasters doesn't know what a mouse is.
Click to expand... 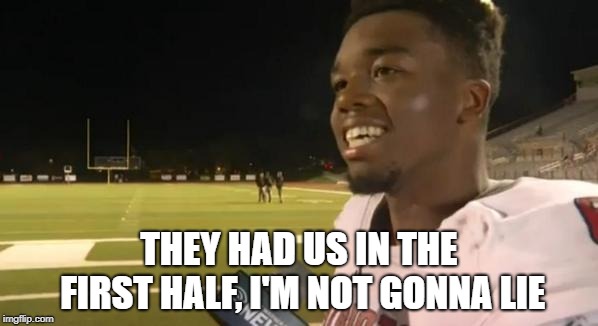 Well, I have a confession. I don't want to knock the game, it's fun and, for what it is, really well done. But my impressions of the handling/ffb quality in F1 20xx are inversely proportional to the amount of sim racing I have/haven't been doing recently. In other words, when I drop in for a little Codies F1 when I haven't been racing much, I think it drives pretty good...on the other hand, if I've been doing a lot of sim racing recently, I find the experience a bit frustrating. I think the F1 20xx titles fill an important hole in the overall racing game landscape but, man, I wish we could get a proper licensed F1 sim title.
Upvote 0 Downvote

A question for the users of the game : am fan / user of sim racing , AC and ACC and AMS2. Is this game something for me? The rest of the game looks fantastic. Thanks for the advice
Last edited: Oct 17, 2020
Upvote 0 Downvote

I wish they would fix DLSS... there's major ghosting/artifact effect with it activated...
Upvote 0 Downvote
S

If only it had VR, have played the older F1 games before VR was a thing and seems the new ones are much improved in every way but I just don’t have a setup with screens any more and not willing to invest just for F1.

Bert Austen said:
A question for the users of the game : am fan / user of sim racing , AC and ACC and AMS2. Is this game something for me? The rest of the game looks fantastic. Thanks for the advice
Click to expand...

Not everybody will agree nut I think this game,F12020, is the best on the market.
Upvote 0 Downvote
S

Hitman65 said:
Not everybody will agree nut I think this game,F12020, is the best on the market.
Click to expand...

For F1 games? It’s the only one o the market... haha
Upvote 0 Downvote

Imagine attack on performance update when after this Ferrari wins on pace in Imola in RL.

But, we know you can't win race with legal engine. So no worries there.
Last edited: Oct 17, 2020
Upvote 0 Downvote

(Maybe it's just for me lol) Since the VR is uber puking in Dirt Rally I'm glad there is no VR in the game....
Upvote 0 Downvote
You must log in or register to reply here.