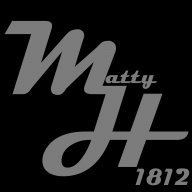 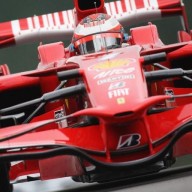 What has been forgotten by most is Codemasters rarely put time into updating tracks anyway, from 2016 to 2019 there are only about 2 tracks I can recall which have been altered in an obvious way, both of them were mode longer to produce more realistic lap times. Spa (kemmel straight is longer and they finally added curbing to the inside of the first part of Pouhon) and Albert Park (distance between T5 and T6 is longer, as is the straight leading up to T9-10.) While there is one maybe two others I am forgetting that is all they have done in the track department aside from change the odd adboard, something modders do each year.

Code"masters" honestly don't put time and care into their tracks to begin with, spend most of their time on modelling the cars and picking which terrible filter to run each year. While I'm quite annoyed at the decision, it is nothing unexpected from a company which has been one of the laziest for the past 2 decades.
K

Call me a dick in a room full of pussies but I am glad they are being exposed for the sham they are. All I hear all day every day is support developers, buy the game anyway, if you don't like it play something else. For the record, I have no problem with people who do that, but they have a big problem with me.

It's not that hard to produce a model of clarity and stick to it. In other words, if you say you are an arcade game that is only interested in cosmetic updates every year, and requires 22 patches, then get the cosmetic updates right and nothing else.

If you say you are a sim that gets the physics right, then release one good engine every 3 years and only DLC the cosmetic updates with no patches.

I have no problem with the game being **** in both departments. However, they seem to have a problem with me saying that it is **** at replicating F1 at 100%, and it is **** at updating yearly content on time. So the fact it calls itself an F1 official game 20xx when it does nothing to represent official cars cornering in cockpit mode or adapt to the yearly changes makes it insulting to advertise and release titles to an F1 fan.

Also the fact they resort to half-baked legendary content instead of taking the opportunity to release something like F1 19xx shows there is no initiative or care.

And actually a 20xx career title where you are stuck in the pit at Australia, have to wait months, and then do two races at Austria with no fans would be legendary.

No, they are all very kind. I am sure they will all get everything right on time and everything will be amazing. Don't be scared because there ain't nothing to worry about. Let your hair down.
You must log in or register to reply here.
Share:
Facebook Twitter Reddit Pinterest Tumblr WhatsApp telegram Email Link
12 comments
F1 2020 Game Review | More Than Just A Career Mode?
52 comments
2020 Formula One Austrian Grand Prix | Driver Of The Day: Vote Now
186 comments
2020 F1 Austrian Grand Prix | Discussion Thread
137 comments
Community Question | Do You Still Regularly Play 'Old' Sims?
8 comments
Join RaceDepartment On Discord | Over 10,000 Members Already Have