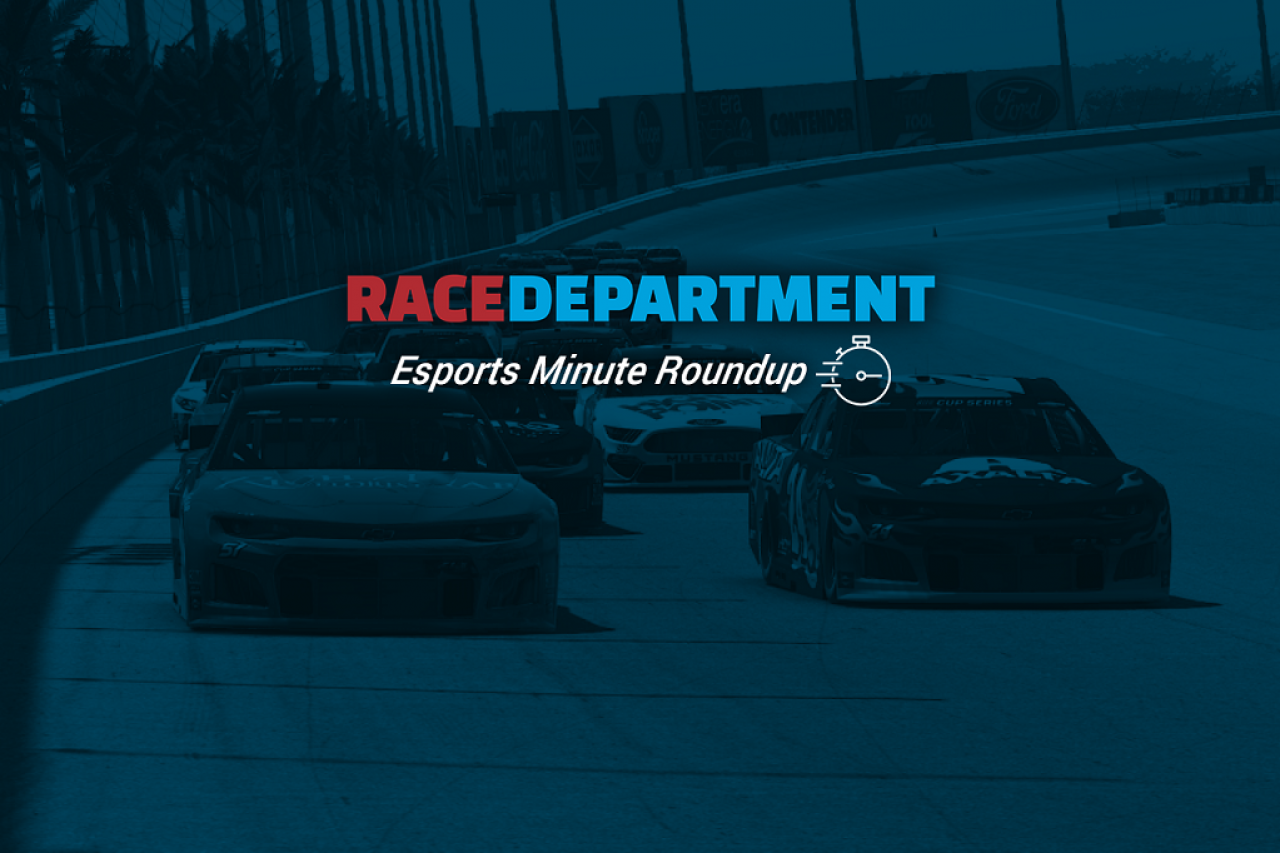 Facebook Twitter Reddit Pinterest Tumblr WhatsApp telegram Email Link
We live in strange times. The people of the world staying indoors in order to fight off Covid-19, and worldwide sport has ground to a halt. Stepping into the void quite nicely indeed is our favourite hobby... simracing!

Yes, who would have thought that at the end of 2019 that our little niche hobby in the corner of the internet would gather so much attention from the worldwide pubic in the early months of the current year? Already we've had high profile sim racing events, legends of the past, present and future racing wheel to wheel with each other on the virtual tarmac, real world series drivers substituting their race car for a virtual version en masse, and one or two drivers wishing they behaved a little bit more maturely in front of the webcam....

With so much happening, and continuing to happen in the world of (virtual) motorsports, we are starting up a regular round-up and preview feature designed to keep you up to speed on what is going on, and signpost you to some of the key events that are due to take place in the days ahead.

A pretty comprehensive task considering the sheer volume of events, so if I miss anything, feel free to reference them in the comments section at the foot of this article.

This first post in the series will be a little longer than future articles, as we've got a fair bit of catching up on news to cover, so I'll try and keep it as brief as I possibly can.. within reason.

How have we got to where we are today?

This is a big question with a short answer - Coronavirus, or Covid-19, or whatever you want to call it, has quite simply exploded around the world in record time. From first officially appearing at the end of 2019, the virus has rapidly travelled around the globe and left few untouched in one way or another due to this awful disease.

With the need for social distancing in place in the vast majority of countries, sport has very quickly ground to a stop as every major and minor event and championship has been forced into a temporary hiatus - with little known about when things can realistically begin to return to something like normal.

Sadly for petrol heads, Formula One and motorsport in general have not been immune to these restrictions, which has left something of a void in the schedule of drivers, teams, commentators, presenters, TV stations, championships, event organisers and pretty much anyone with any level of touch point within the larger racing eco-system.

Step in sim racing. A hobby, passion, profession, obsession of every one of us here at RaceDepartment for varying periods of time. Some of us have been around the scene for a long time, others are just finding their feet in the pastime we call home - but one thing remains the same for us all - the level of interest and exposure our sport is beginning to enjoy is absolutely unprecedented in the history of digitally recreated racing cars.

What's been happening so far?

Well, basically, everyone and anyone has jumped feet first into our little sport, with mixed and often impressive results. In recent weeks we've seen high profile Formula One drivers fighting it out in a variety of official, and no so official racing series, even go so far as to having current Grand Prix stars having a bash in European Truck Simulator!

On the more serious side of things, series such as Nascar, IndyCar, Australian Supercars, GT World Challenge, Formula E, TCR Europe and DTM have confirmed or already begun their own official replacement championships, often featuring the majority of their real life grid taking up the fight on the virtual tarmac - unsurprisingly with many of the real world top runners finding themselves towards the sharp end of the virtual grids too.

In terms of Grand Prix racing, we've had a number of lighter entertainment pieces from the top level category, with replacement events featuring select Formula One drivers, celebrities and influences taking to the track in Codemasters F1 2019 videogame. Notable for known sim racer Lando Norris and his habit of calling fellow drivers during the race, these events have been an interesting way to show a different side of the sport and drivers to fans, without taking the on track action too seriously as is often the case in the real world championship.

While multi-race events have been or are about to become a regular occurrence for a number of different series, we've also seen some interesting standalone categories coming to the fore, not least of which has been The Race organised Legends events - which see's drivers of prominence from the history of the sport pitched against each other in identical cars within rFactor 2. Such massive names as Emerson Fittipaldi, Jenson Button, Jacques Villeneuve, Tony Kannan, Juan Montoya and Dario Franchitti to name check but a few of the stars who've already taken part. Pretty impressive stuff.

What's coming up next?

Frankly, with so many different and varied initiatives taking place across the entirety of the internet, this part of the article is going to be quite challenging to summarise without missing out too much - so apologise in advance if I leave off one or two I've overlook - sadly TV Times isn't published for sim racing events (a reference only our UK readers will get).

Right, let's try and make a start shall we?

Paul Jeffrey
RaceDepartment Editor-in-Chief, occasional YouTuber, commentator and broadcaster, with a passion for motorsport on both the real and virtual racetrack.
Reactions: M-Bimmer, uelas_77, Jopamir and 17 others

Thx Paul for putting this topic up where it belongs, center stage. personally, I'm looking forward to the ACC SRO event this Sunday, gimme John Watson in the booth, and I'm fine. 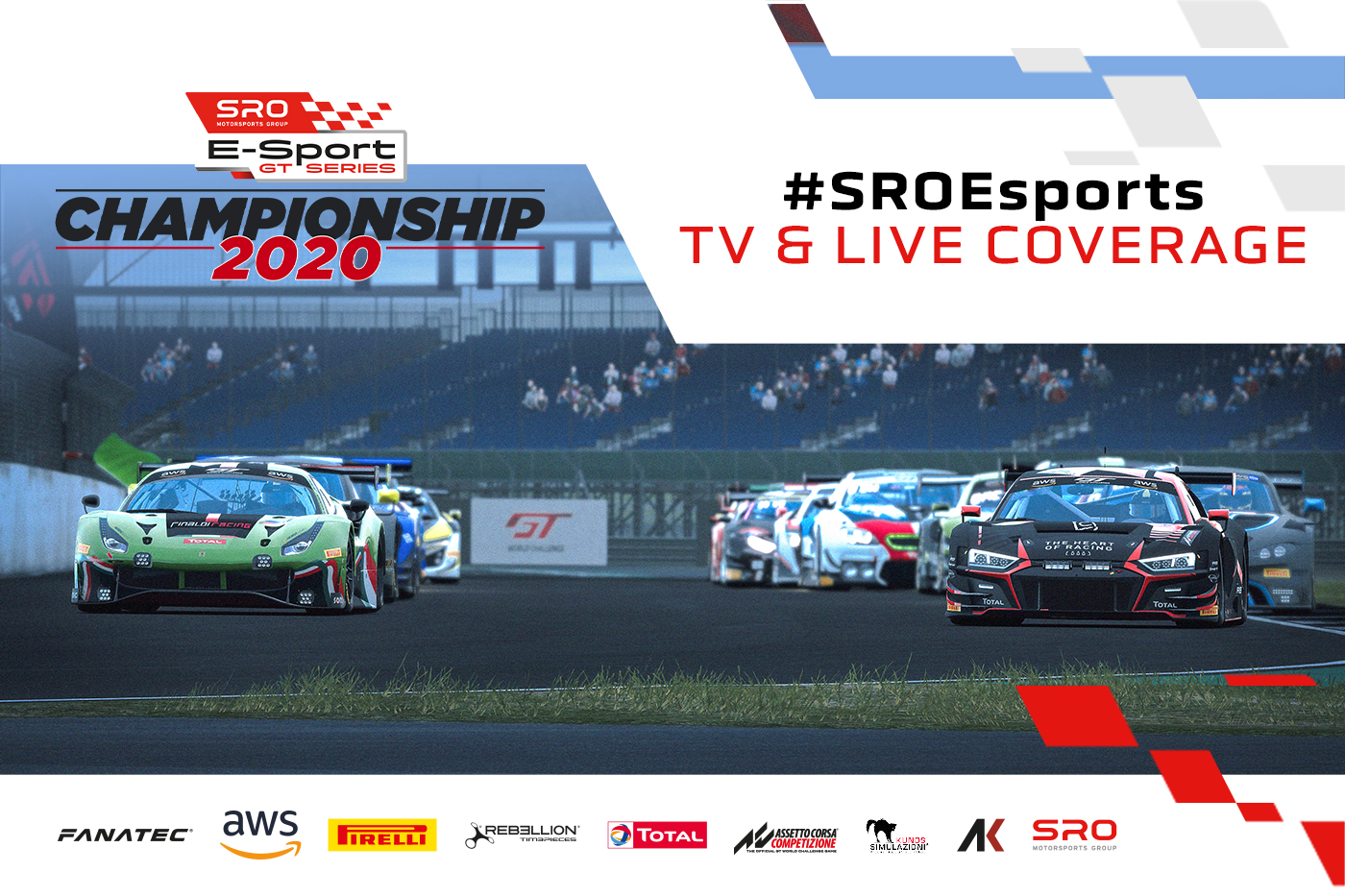 Full broadcast details can now be revealed for the SRO E-Sport GT Series, which kicks off this weekend with a pair of Assetto Corsa Competizione races staged at Silverstone (26 April).

While i'm not too crazy about the F1 formats so far, like this Williams thingy here: https://f1esports.com/news/challengewilliams/

Thank you very much Paul!
Reactions: winkler7racing and safi hellie

There is (just stated) the Britcar eSports series, I helped / adivsed them and they are running 2 x of my mods in multi class, with full commentary running. The first 2 rounds have just happened (Thursday) at Spa.

It's only open to Britcar drivers (at the moment as the uptake was amazing) but might expand to Sim racers.

More info can be found here

Thx Paul for putting this topic up where it belongs, center stage. personally, I'm looking forward to the ACC SRO event this Sunday, gimme John Watson in the booth, and I'm fine.

Full broadcast details can now be revealed for the SRO E-Sport GT Series, which kicks off this weekend with a pair of Assetto Corsa Competizione races staged at Silverstone (26 April). 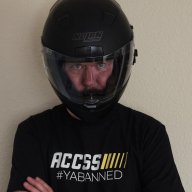 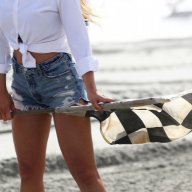 on FB, the amount of posts I have seen recently about TM wheels going wrong and almost all of them are new.......
Reactions: WPxNJ
E

Shaun Clarke said:
on FB, the amount of posts I have seen recently about TM wheels going wrong and almost all of them are new.......
Click to expand...

Who will be selling them?
S

Prediction? You are wrong.

Some of these guys are not just buying a wheel and a camping table...they are doing deals to get stupid set ups.... i am amazed at how seriously they are taking it...
The V8 supercar guys and their races have been bloody brilliant.

Interesting also we so far have had many drivers saying the sims are far too unforgiving and hard compared to real life...

The V8 supercar guys were saying that the iRacing V8's are in game so much harder to drive and it makes racing on virtual Bathurst much more difficult...just let that sink in a little...
Pretty much every racer turned simmer is saying to the devs "please give us more grip"
I heard that some sims have actually developed new virtual tire models on the back of this to make it more realistic....
i.e. realistic = grip and more forgiving to drive.....which is exactly what simmers call "arcade"...lol
Reactions: Bradley Allen, Jopamir, Sean Smith and 1 other person

Paul Jeffrey said:
...sadly TV Times isn't published for sim racing events (a reference only our UK readers will get).
Click to expand...

Nor is Radio Times

Then there was me - I used CeeFax
Reactions: Jopamir and Paul Jeffrey

This is great news for us all simracers and for the devs, and for RD as well thanks for posting the information!

Slightly OT, but for those who have missed it, this is Charles Leclerc driving with Valentino Rossi, Pecco Bagnaia and some simracers in ACC yesterday.

from the SRO website: "The familiar voice of David Addison will guide fans through the action as lead commentator, reprising his usual role from GT World Challenge Europe Powered by AWS. Motorsport legend John Watson will also be on hand to provide his frank assessment of the racing. Events will be hosted by Jack Nicholls, whose experience in both real-world and virtual motorsport makes him a natural fit for the format. Ben Constandurous also combines considerable knowledge of both forms of competition and will once again add depth to the in-race analysis. "
Reactions: DrRob

probably true, they have finally started showing the drivers at home and of course they all have fancy direct drive wheels and big rigs and stuff (provided by the brands) and well they should. Us sim-players are going to snap these up by the thousands, best marketing ever! I really like watching them play while the race goes on, iRacing does that in the Aussie Supercar series, it's fun!
Last edited: Apr 25, 2020

More accustomed to driving an R5 in WRC 2 for M-Sport Ford, Rhys Yates has quickly adapted to sim racing, claiming victory in the eSports WRC Final on Thursday night, in a final witnessed by tens of thousands around the globe.

guidofoc said:
This is great news for us all simracers and for the devs, and for RD as well thanks for posting the information!

Slightly OT, but for those who have missed it, this is Charles Leclerc driving with Valentino Rossi, Pecco Bagnaia and some simracers in ACC yesterday.

Marek Vons (Charles Leclerc is battling with him) is one of my eSports team drivers, it was amazing to watch
You must log in or register to reply here.
Share:
Facebook Twitter Reddit Pinterest Tumblr WhatsApp telegram Email Link
7 comments
Win Big! The Prosimu T1000 Could Be Yours!
17 comments
WEC | Glickenhaus Confirms Two Car Works Entry For 2021
1 comments
Please Read: Find your daily ACC Racing Club races now on Simracing.GP
3 comments
GT Sport | Build 1.60 Is Here With A Few Minor Fixes
33 comments
F1 2020 | The Cars Of Michael Schumacher