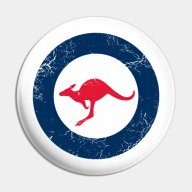 Welcome to the Australian forum! Big thanks to Bram for getting this up and running extremely quickly.

Please spread the word that this is the place to meet and greet fellow sim racers , and perhaps form some networks of fellow Australian sim racers.

What a pleasant surprise to find we now have an Aussie section in the forum.

Now we can be just like the other ones and speak in our own native language, crikey that's bonzer. Look forward to meeting all our new Aussie members here. :thumb:

We might even let Atti come in here since he is a "True Blue".

Thanks to Bram for setting this up for us and to Cam for taking on the moderator role.

Now where's the beer and barbie.:jumping:
A

To be able to make my communication fluent towards the rest of the Oz world i recommend a quick setup guide for the downunder slang, but at least a dictionary

Attila Domján said:
To be able to make my communication fluent towards the rest of the Oz world i recommend a quick setup guide for the downunder slang, but at least a dictionary
Click to expand...

Best way is immersion Attila! In other words get, get over here mate and we'll introduce you to some sheila's!!!

Door's open if you come over and want to see some crocs and other dangerous animals (which in my neck of the woods includes those bloody backpackers from Europe!!)

Let's find out who is on here and where they're from.

Far North Queensland, where I am barely coping with our freezing Wintery temp today of 26 C!

I have been a part of this community since July 2007 and recognise it as a very supportive place for fledgling racers.

To all new members, make sure you have read the rules etc. You can find these as a sticky in the thread above.

Don't forget to register for the racing here: Applications

Loads of events are on soon... The Oceanic series runs on a Sunday night and will also need a registration. You can find these events in this :
forum: Racing Club

For the enjoyment of ALL racers, Race Department asks that racers adhere to the Race Dpartment rules which are available HERE


All in all, this is an awesome place to race and the amount of experience and support from the better racers is brilliant.

Enjoy your time here and don't hesitate to ask for help at anytime.

Don't miss our opening event for the Oceania Timezone (that's us by the way ).

Lets try to get a good roll up so that the European guys don't dominate the starting grid, as well as the results. :bike:
A

i was almost visiting Warren this summer, but unfortunately life came in and plans changed, but you never know whats next.

I'm now retired in Hervey Bay, Queensland, after working/living in Brisbane and Sydney. I'm also struggling through this rather cool 24deg winter day in glorious sunshine down by the seaside. I guess we can't hope for good weather all the time, .

My home community is RaceDept., with the RPM Racing Team. I am teamed up with Atti in the RPM "True Blues Team" for the WTCC World Champ League, but he gets all the team points.

I also race often with SimJunkies and previously with XGN League.

Most of my racing on-line has been with Race 07, and GTL (recently), but I have just tried rFactor (V8 Supercars of course) and enjoyed it. Off-line, I enjoy RBR.
G

Yup I'm also a Queenslander I'm in Brissy ATM, tho I've been looking at property up Warrens region.

I'm only just getting back into simracing after a few years off. Last sim I raced fullon was NASCAR Racing 2002 pretty much till the end of 02...

Used to muck around in Leadfoot, & DTR, also V8 Supercars 1 I think?

I also ride a Harley, that is just good fun...

Wally from Adelaide here. I played all the NFS titles, thought the Porsche stuff was pretty cool. Powerslide was heaps of fun. I bought my first wheel just to play Powerslide. Then I got hard core with the TOCA/RaceDriver titles :-/. Then... I played the GTL demo. I did about a million laps in the Elan around Dijon and was hooked. I raced GTL in a league for a couple of years, flirted briefly with GTR2, and have been racing Race07 this year. I also gave Richard Burns Rally a good slog for a while. I still have a soft spot for GTL - I love the old cars and the way they sound in the game.
G

i was almost visiting Warren this summer, but unfortunately life came in and plans changed, but you never know whats next.
Click to expand...

Note the Northern 'ey phrasing in the rhetorical question at the end there???
LOL Ah it's just Marvelous - Bloody Marvelous here!!!
G

Warren Dawes said:
Don't miss our opening event for the Oceania Timezone (that's us by the way ).

Lets try to get a good roll up so that the European guys don't dominate the starting grid, as well as the results. :bike:
Click to expand... 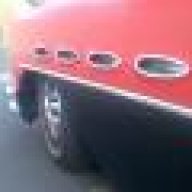 From far south of the main land...

I'm in icy Melbourne! Half you temps (Even being indigenous to Melbourne, I miss the higher temps after years in PNG on the Equator)
Good to see some familiar racers again. Hola. :drunk:
GT Legends was recommended to me by Cam (from the MX5 forum),at the same time I was signing up for my first hill climb in my real car, a hot FJ, even with crappy equipment I was hooked immediately, especially the cost of rebuild of a GT Legends car compared to damaging and rebuilding my real car! I tore up the application, (much to the immediate relief of my family and my self AND MY CAR). I have been hooked on GT Legends ever since.
All of those cars I lusted after as a kid... I now get to race!
So if you have overtaken 'flattop' or 'kubic455', most have, it was me!
I was involved with XGN GT Legends racing, started the Race07 League at XGN, but with limited time only raced twice, (badly), and 9Metal took over all the hard work.

I have taken on P&G to fill the void and competed in the last few races with the crew at NoGrip and have signed up for Season 2, but I still hope to have time to get some racing in in GT Legends.

You may have guessed, I drive an FJ Holden, (wheel spinning), our everyday car is a 56 Buick Century Riviera and a very low mileage MX5 Clubman, my wife's, sits in the corner for special runs. 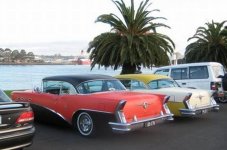 "Barbara Kubic" and one of her pals at this years Street Rod Nationals in Tassie.

I'd love to see that Buick. I am a member of an historic car club and they have a Buick in the club, but doesn't look as good as yours.
You may already know, but I have my own little baby, 1970 MK2 Mini Cooper S., a little different but still a lot of fun.

Would love to see a rally of RD member cars one day. Looking at taking the plunge and either going for a Mk 1 escort or a 205 gti... One day!

Great to see more members on the roll (must be the teacher in me!)
S

Stephen from Brissy here, where we do at least get something of a winter, even if not much.
I work as a Electronics technician repairing tv's, audio, dvd, computers. laptops, etc. Only classic cars I owned were a 68 VE Valiant Regal and later a 66 AP6V8.
I currently drive a worn out, and soon to be replaced VL Calais, which has served me extremely well for over 10 years.
Got into Motor racing watching Bathurst from the very early 80's, what magic years they were, and was one of few that liked it when Jaguars won in 85, I like some variety which is why V8 Supercars sometimes bores me.
Started getting into F1 when I was allowed to stay up and watch the races after I finished Year 12 in 1985, just in time to enjoy the Senna, Prost, Mansell years.
I found league racing thanks to Autosimsport magazine and then Wally's vids of the XGN GTL races which I joined shortly after, did some admin duties with Bruce (Flattop) and thoroughly enjoyed that.
Currently looking forward to this and also I have joined SimRacingAustralia Rfactor league for Monday nights Megane and Skoda series, also some ex GTL'ers there too.
G

I too have had the ol AP5 and my very first car was a LG Torana Deep Green 186 M20 Box Dual SU's and mild cam and a beefy fuel pump... Ah them were the days. I think it was like 18c/Ltr the earliest I can recall you know when you got fuel At night and used them 20c machines that had the orange lights for each coin Max was like $2 and would nearly fill your tank lol....
Oh well...

hopefully i get approved in time!
J

ive made it thanks to wally emails

THIS is my current car, toyota starlet, as u can see i compete in a bit of motorsport around brissy in the little beast only a beginner in sim racing though

previous car is a 1974 toyota celica, was a bit of a poor example though