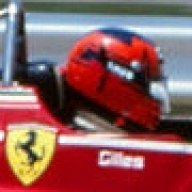 Due to recording technical difficulties, Barnes gave me permission to upload this update.

(Apologies for not finding the graphics file for the podium in there. If a forum member can point me to where it is, that would be much appreciated.) ON EDIT: The download has been updated with a new version that includes a podium (see my update reply below)

- Back up your files before updating.
- Unzip the 48.3MB (.zip) file and copy the circuits folder to the tracks folder under f1 2012. (copy the new tracks folder to the f1 2012 folder). Or refer to my update reply to Peppi's posts: apologies for any potential confusion. 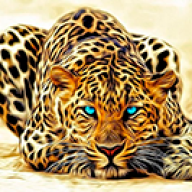 (Apologies for not finding the graphics file for the podium in there. If a forum member can point me to where it is, that would be much appreciated.)
Click to expand...

Peppi said:
Many Thanks

Thanks! I'll try to find it and I'll post an update if I can fix it.

Yes, you can
Reactions: Salut Gilles

lol (what did I get myself into)

I'm almost done, be patient. (I have to fix it again)

- Added Rolex Podium (again, thanks to Barnes for his permission to use his work. All credits belong to him.)

Note: The Rolex podium is subject to change following Sunday's race, in case it will be made with another sponsor's logo, which is unknown by now).

(Sorry for the missing podium in previous version: noobie to this here.)

- Back up your files before applying this update.
- Unzip and copy the tracks folder to your installation's f1 2012 folder this time.
Click to expand...

Question: Are you going to the podium when other logos will be updating yet?

Peppi said:
Question: Are you going to the podium when other logos will be updating yet?
Click to expand...

I don't understand your question, but I'll try to answer anyway: It's almost certain the podium will be sponsored by Rolex. But, as I experienced it myself in Canada, you can never predict it exactly before Sunday, since the FOM changes the podium logos each GP day.

The other headache is caused by the 2012 game's code which doesn't allow an exact replica for 2013, and especially in this Hungaroring update, as there is no way to not have LG signs displayed on top of the garages' pits. 2012 was all ENI signs, so this is why replacing ENIs by LGs gave this result. Other boards are not exactly where they are in RL because of this too. I wanted to have Fly Emirates boards soon after the start of Sector 2, and because of this, Fly Emirates boards also showed up at Turn 01's hairpin, instead of having Rolex boards there like in RL.

To sum it up, there won't be another update for this mod if Sunday's podium is a Rolex podium.

Besides, everybody can change the files as they wish on their own using Ryder's amazing tools (Ryder PSSG Editor, or RPE, in this case), and make sure the renamed files have the same size as the ones they will replace.

I hope this answers your question, Peppi.
And thanks for the help!

Is my English so bad? Is the translation by Google, so blame Google.
If tomorrow is another podium in Hungary, you will once again renew your track update?
Reactions: Salut Gilles
V

Peppi said:
Is my English so bad? Is the translation by Google, so blame Google.
If tomorrow is another podium in Hungary, you will once again renew your track update?
Click to expand...

I wasn't blaming you, that's a certainty. My English language knowledge is bad, so no blame game from me. I guess we all try to communicate in a language that is not our native 1, so it is often not surprising we can misunderstand each other sometimes. Again, I was not blame gaming or anything.

In fact, I thought about your question again while I was offline, and maybe because, like, there are almost no UBS banners and boards in this mod, or some Rolex boards and terrains aren't always where they should be, and you would prefer an update that would correct such obvious flaws?

I chose to keep the PIRELLIs in Sector 3. But you could, for example, mod the files yourself to replace them with UBSs for a different, custom-made mod, but doing so would perhaps prevent PIRELLIs from showing in Sector 3 (I didn't try it yet, but I might do it while waiting for the next Belgian GP in four weeks or so). But if I'll do that on my setup here, I will not post it as an update, because there could be too many variations (or requests) for it, or them, and I don't intend to make them all available (it's almost an impossible task). Like I stated upthread, everybody can mod these files to their own liking and use them on their personal game settings, if you will. All it takes is a little work.

I will update this downloadable mod only if Sunday's post race podium isn't a Rolex one. Otherwise, it would probably never meet everybody's preferences, and I don't think it's worth the trouble (and the time I would have to spend) doing it.

Again, I am honestly grateful to you for guiding me to where I could find the podium file, Peppi!

Many thanks to u!!

Although that Rolex podium is only possible because Barnes made the graphics first. I asked him before using them for this update and he said it's OK. I may have had to change it tomorrow after the GP ceremony, though. Since Rolex 'owns' the first sector in RL there (albeit, there's a 'small' UBS terrain at the hairpin), that may be an indication Rolex will 'own' (or 'pay for') the winners' ceremony podium too.

Final version. Pirelli boards kept in Sector 3, so there's no UBS ones (tyre-makers are more relevant to motorsports - and F1 in this case - than bankers, IMHO).

Read the rest of this update entry...
Reactions: w1n1x, Jean-Marc Dallaire, Peppi and 3 others 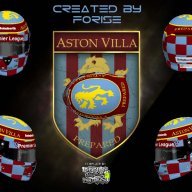 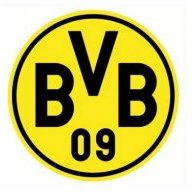 Thanks for sharing this final
Reactions: Salut Gilles 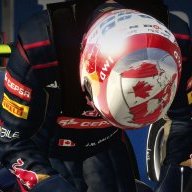 Read the rest of this update entry...
Click to expand...

Dear Salut Giles! By the way I like your nickname, GV is my all time favorite F1 driver, if we could have more like him F1 would be more exciting. I have also a logo with the sign "Salut Gilles 1952 -1982" at the back of my career hekmet in memory and honor for him. I am also French Canadian, but now leaving and working abroad (Thailand).

Just a quick question for you, how did you get that screenshot looking at the paddocks in the game?

Jean-Marc Dallaire said:
Dear Salut Giles! By the way I like your nickname, GV is my all time favorite F1 driver, if we could have more like him F1 would be more exciting. I have also a logo with the sign "Salut Gilles 1952 -1982" at the back of my career hekmet in memory and honor for him. I am also French Canadian, but now leaving and working abroad (Thailand).

Just a quick question for you, how did you get that screenshot looking at the paddocks in the game?

French Canadien here also, but since RD boards rules state we must post in English, l write in (poor) English only. I too was a big fan of GV circa 1979-82, and I follow F1 seasons since, although not always close, but more so since his son JV won the championship in 1997 with Williams.

As for the nickname, I didn't really intend to choose it, but when I found this board after purchasing the F1 2010 PC disk (looking for much-needed mods), I had just seen CM included this detail:

In their game(s). I don't know why exactly I picked it, because I had no other idea for nickname at that moment, so I thought to myself "our legendary driver's first name on the starting/finishing line of a circuit in his name, and now also in a game is so cool, why not?"

Also, I live at about 5 kilometers from there (Montreal). Although not 100% fluent in English, I try to correct my mistakes as much as I can.

To answer your question, I just started a 100% Quick Race in my F1 2012's modded-to-2013 game here, then a few seconds after the start, I hit the Replay key, then let the replay sequence go until I freezed it (F1), hit Alt+Enter to run the game in window-mode, hid the on-screen buttons (F6), used the Backward button (F2) in combination with the View Back, View Left (or Right, I don't recall exactly) on my customized keyboard keys (I can't recall CM's default setup, sorry), and then I hit PrntScr, minimized the game window (to give my GPU a break lol), then just used Paint to paste the clipboard image, selected the scene I wanted (this one), saved it and uploaded it to my photobucket.com account private library, from which I copied the immediate link.

Perhaps my (poor) attempt at explaining how to do this isn't good (I can't tell, but these things are easier to explain in person, no doubt about it, lol), so I apologize if it's not clear enough.

Peppi said:
Thanks for sharing this final
Click to expand...

Glad you like it, and thanks to all the world's best modding Artists, game experience-enhancing Tweakers, F1 knowledge-gifted Fine-tuners, RD's community and suscribing members, and special thanks to Barnes for allowing me to make my first mod. You guys are the best!! You make it possible for me to learn so many new things that I am truly grateful to you for! I wish CM would be clever enough to try to fine tune their relatively good products based, in parts, on your fine-tuning Arts and testing talents. It's not like they don't make the original files themselves! You prove to the racing fans the possibilities are there. It's either they don't know how to organize themselves in a good-enough professional way, or they're too buzy getting distracted every work day by all the gimmicks at their disposal, IMHO.

Thank you RD, and keep it up!