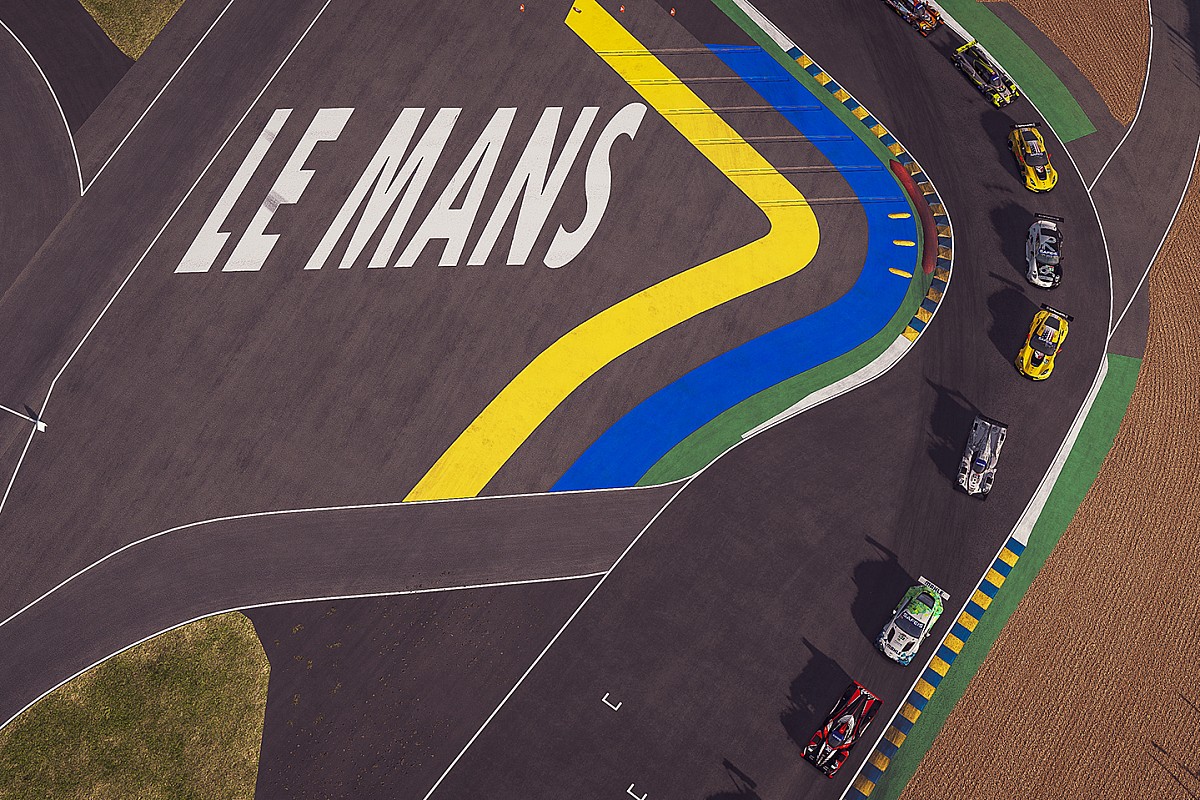 Motorsport Games’ Motorsports Advisor Gerard Neveu has revealed that a racing game based on the WEC series is in the works and scheduled to be released in 2023.

Former FIA World Endurance Championship CEO Gerard Neveu now works as Motorsports Advisor for racing game developer Motorsport Games. He has shared with Motorsport.com that based on the success of the 2020 Le Mans Virtual event, the team is looking to extend the involvement of WEC in the virtual world.

This is the latest in a series of major announcements from Motorsport Games, which had previously announced development of games based on the BTCC, NASCAR, and IndyCar race series. These titles hold special promise for sim racers, since Motorsport Games has acquired rFactor 2 developer Studio 397 and plans to use their renowned physics engine for at least the forthcoming NASCAR title.

The WEC series has been partially represented in the virtual racing world across a variety of titles dating back many years, but a complete title based on the series is a popular request from fans of the series. Currently, WEC classes such as GTE and LMP1 can be found in titles like Assetto Corsa, the Project CARS series, RaceRoom Racing Experience, iRacing and Automobilista 2.

The game development announcement comes at a time when the World Endurance Championship is undergoing significant changes. The series has recently replaced its top class of cars. Gone are the popular LMP1 class cars, which competed for 16 years and broke several lap records in that time. The LMP1 class has been replaced by the LMH, or Le Mans Hypercar, class. These new Hypercars have yet to compete at Le Mans, so Motorsport Games will have to start anew with performance data collection and implementation. 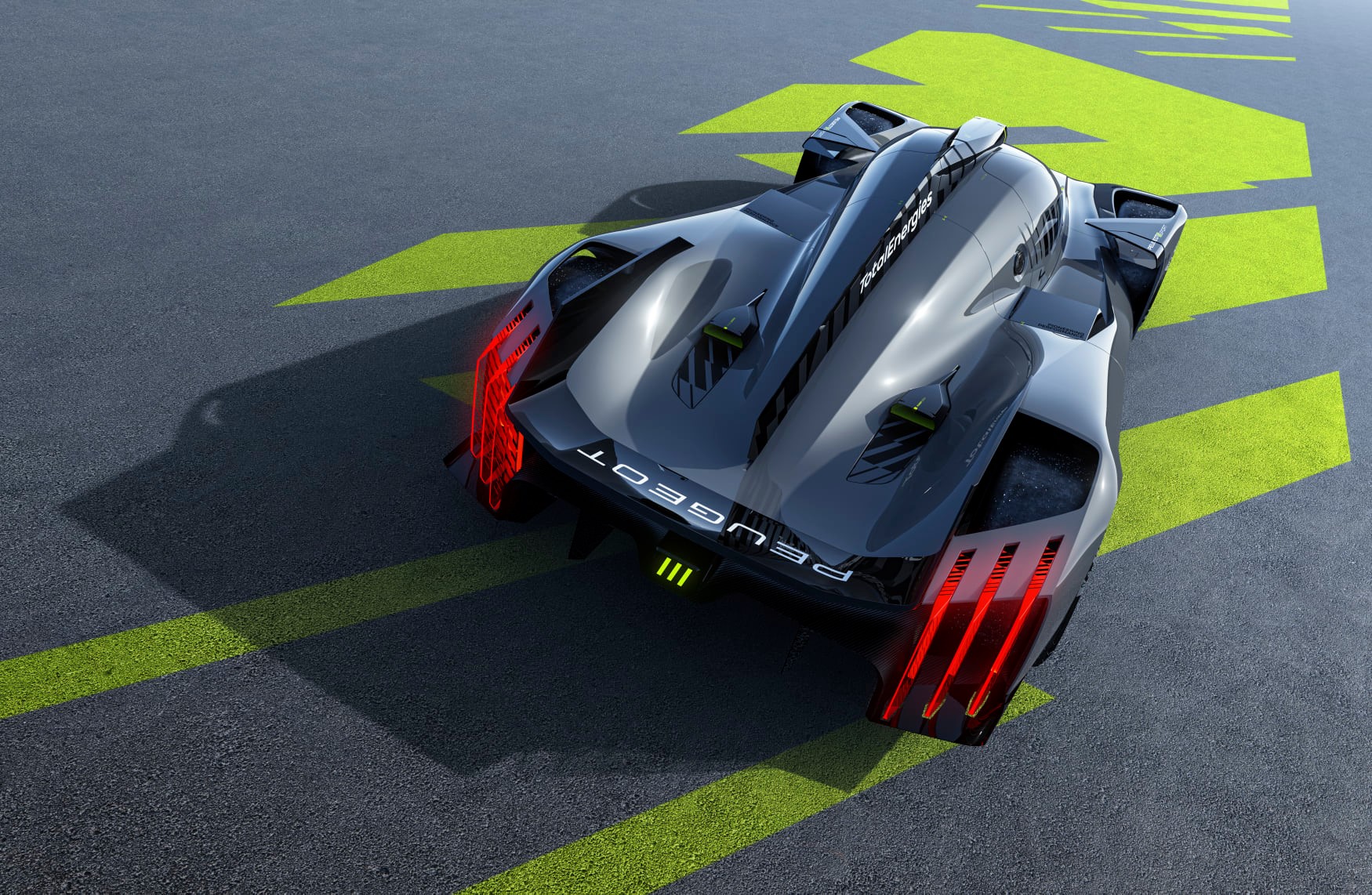 Like the other titles under development by Motorsport Games, it’s still too early to tell whether the upcoming WEC title will be aimed more toward hardcore sim racers or casual gamers. Wherever it lands, it’s certainly a welcome announcement for fans of endurance racing.

In the interim, Motorsport Games will be hosting another Le Mans Virtual event this winter, with more details to be released following the real-world 24 Hours of Le Mans event in August.

Are you excited for this announcement? Let us know your thoughts on the forthcoming WEC racing title in the comments below.
Reactions: Davidizzleb, heyer_danny, Alex Zheng and 39 others
About author

I don't know if this approach of releasing four different games for each different racing series that are technically basically the same thing will work. We're not in the noughties anymore where this was used regularly, and the worst case scenario is that Motorsport Games will fragment its own audience, with none of the games getting a large enough player base. Or modders will simply port content from one game to the other, as seen with GTR2 and GT Legends.
WEC, NASCAR, BTCC, Indy... Err... OK, I'm good now, no more, when will I have time to... live?

Seriously, this is all very promising, let's just hope these titles will be good. It's great to see other categories than F1 and GT3 get their own games.

RufGTI said:
I don't know if this approach of releasing four different games for each different racing series that are technically basically the same thing will work. We're not in the noughties anymore where this was used regularly, and the worst case scenario is that Motorsport Games will fragment its own audience, with none of the games getting a large enough player base. Or modders will simply port content from one game to the other, as seen with GTR2 and GT Legends.
Click to expand...

No one cares about communities anymore. I don't know how is that, perhaps it doesn't prove to be best for making cash. They will be alright with ten or so thousand people buying fundamentally same thing each year with title "[insert name of racing series]+[insert a year]".
I've been waiting 10 years for this. I will gladly pay $100 per year for an officially licensed WEC sim with all the cars, tracks, and regulations.

I'm tired of developers making sims that are everything. 100 cars from all different disciplines but only maybe 5 are done really well *cough* pCars *cough*

Much like ACC, I think developers should focus on a single series and do that very well. I welcome this new trend.
Nascar, Indy, Wec, maybe i will need a credit bank for buying all those games. I'm interested in btcc and wec but i'll see if the games are a simulator or an arcade, and if you could add your liveries, driver swap, rain, night, etc
I don't know why an enterprise like Kunos cannot have all those licences they are making a great job, and for fans like me i prefer buy an expensive dlc with Wec other with Btcc but all under the same game we like and understand. Maybe Aco Sro and Adac must forget their differences and unite under the same organization, There is real drivers running Sro and Wec, so why not simracers players...for sure could be the best seller game
Just make one game with all categories (btcc, wtcc, lmp, hc, drift, truck...) so everyone will be happy.
Now they just need to take over race sim studios to produce their cars alongside the rf2 team and we're all good.
We have known this for months, It was buried in a press release over a license renewal and their investor report, Will most likely be Studio 397 making it
1) For such a title I surely expect mandatory fully manual pitstops and certainly not a PC3 approach here.

2) For us racing all sorts of series in various sim engines, I hope MG at least will offer a bundle pack, including all S397 development in this field.
I'm just here for the confirmation of the next Le Mans Virtual

Wonder if it will be rF2 again or something else. I'd be happy with rF2, again. I think they put on an excellent show the last time.
My first problem with Motorsport Games picking up all these licences is that it possibly means that the devs are going to be spread pretty thin, unless they can increase their dev base. They can maybe produce just one engine to cover all, and then differ the games via the assets. However, even then the asset production is the most time consuming part of development, so yeah still pretty thin.

Secondly, so far Motorsports Games haven't really made a mark on the sim aspect of things. They've published some competent racing games such as NASCAR Heat and the Tony Stewart series, but honestly competent is as far as it goes, and you're only likely to pick up these titles if you're a die hard fan of the real life series.

Hopefully the acquisition of Studio 397 and the respective IP will enable MG to give it's games a more sim like quality, but obviously that's yet to be seen.
So they are taking rf2 and splitting it into own games. Instead of countless dlc's makes sense from business decision.

I just think one issue they are going to have is that unreal engine as the graphics is just not going to look good or run well with VR.

We already have proof with ACC.

Just unreal engine
If they make it as brilliantly detailed as ACC, then they certainly have my support. Otherwise it may aswell just be DLC for rf2.
Last edited: Jul 21, 2021
That's good news! Deliver us a decent physics, bug free and mod-friendly game and you will kill the competitors.

Now we need a super gt or vln game...

Amir Vodokotlic said:
So they are taking rf2 and splitting it into own games. Instead of countless dlc's makes sense from business decision.

I just think one issue they are going to have is that unreal engine as the graphics is just not going to look good or run well with VR.

We already have proof with ACC.

Worried too about VR part with unreal engine. Wonder if it will be better though with unreal 5 engine.
I am not an expert on UE engine, but KartKraft looks very good in VR. It is not fair comparing ACC to KK because GT3 cars are much more detailed... but KK does not look as pixelated as ACC and performance was great even with Pimax headset. Which suggests there's some rendering technique used in ACC that is optional in UE4. So, fingers crossed we'll have VR, and a good one.

rF2 is great base for any racing series - I will enjoy this WEC game even if it will be online only. The only things that will stop me would be lack of VR, safety car or if they decide to add ghosting in pits/formation laps. But fingers crossed my worries are baseless. Best of luck to devs - sincerely happy and excited about this announcement.
Last edited: Jul 21, 2021
Very interested in the possibility of a WEC focussed title, especially if it took the one-series detail and sim values of ACC (but chucked Unreal & the general graphics in the dumpster by the back door) then that’ll be great! Where do I sign?
Not sure about Motorsport Games basically developing all the licensed games at the same time. Let's hope the quality doesn't suffer...
If they can use the endurancec tracks and cars of rFactor 2, they already have a very solid base for this game. This will be an instant buy for me, but until that happens rFactor 2 already has a good Le Mans 24 hours experience for me.
They must've read the requests for rFactor 3 backwards.