Forza Horizon 5 | Features you should know about 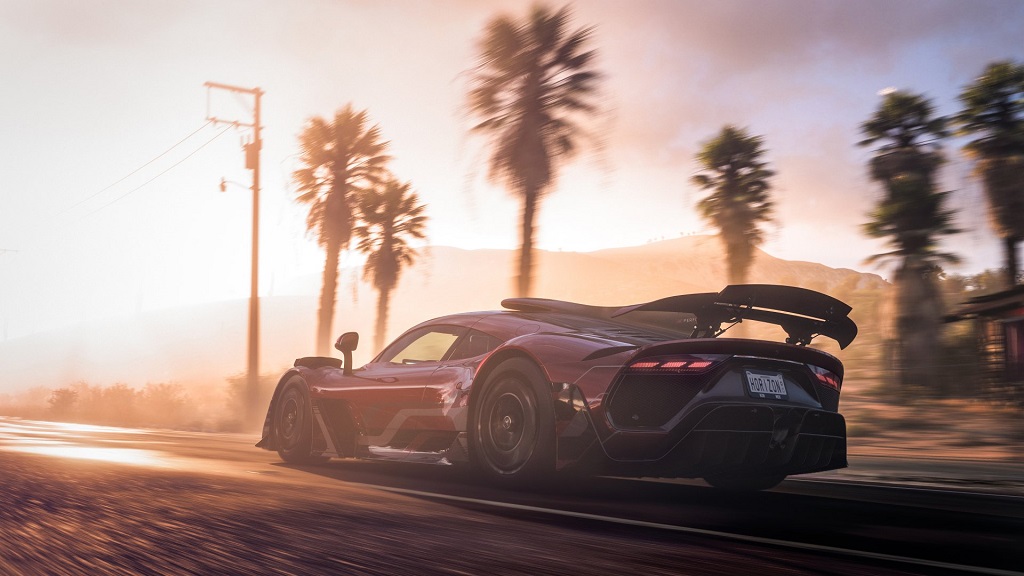 During the Bethesda and Xbox Games Showcase on the 13th of June 2021, Forza Horizon 5 was unveiled, and it got a lot of attention.

First, it wasn’t the next Forza Motorsport title – which has been in the works for a couple of years now – and second, it was set in Mexico! Some had guessed that the next addition to the Horizon franchise would be set in Mexico due to clues being dropped both in the Forza Horizon 4 game and on the official social media accounts, whilst many fans of the franchise expected the next release to be set in Japan, which had been the consensus since the release of Forza Horizon 4.

Just four months from release, we’ve watched the trailer, examined the gameplay, and analysed all the literature from Xbox to let you know which features in this very exciting new title you should know about.

With the main hub of the game being Guanajuato, a real-life city, the development team have done a fantastic job of recreating iconic and recognisable buildings and settings of this beautiful place. The vibrant city is just one of the areas to race in. There are in fact 10 more biomes: the arid hills, which has a lot of rolling hills and pockets of trees; the canyon biome, where the sounds of the cars reverberate as players drive through; the farmland biome, with a gorgeous array of colours from this idyllic agriculture land; the jungle biome, a dense tree-ridden setting that has many hidden temples; the living desert biome, filled with cactuses you can smash with your car; the desert sand biome, with dunes, lots of dunes; the rocky coast biome, with amazing views and a coastal resort; the tropical coast biome, think palm trees and sandy white beaches; the swamp biome, with mangroves to plough through and shallow waters to race around; and the volcano biome, with its mountains and snow, a great place to get some air.

How is it possible to fit so many biomes into a FH game? Simply put, this map is enormous. You thought the British setting of FH4 was big? Well, the world of FH5 is 1.5x bigger.

As well as providing a vast area to race around with your mates, Playground Games has considered how to improve FH5 during the last three years since the launch of FH4. Their solution is to give players more creative freedom, more ways to customise their cars and characters, and more ways to play.

The UI is changing for FH5, and for many fans of the franchise, this will be a welcome change. The UI for settings and options has remained mainly the same for several years. With the new UI, players will find it easier to tune and paint their cars – it has been completely overhauled and will make everything in FH5 more efficient and streamlined.

Playground Games has promised to offer over 100 new wheel rims, new visual options, and thousands of new performance upgrades. For many fans of the franchise, this will be welcome news as the customisable options have vastly stayed the same since FH3.

Despite some fans of the FH franchise not caring what their character looks like, Playground Games has enhanced the user experience and provided several new options. FH5 gives you far more control over your character: players can alter voices and pronouns, and there’s even the ability to add prosthetic limbs.

We’ve left possibly the most exciting new feature until last. With EventLab, players can edit the game, and we aren’t talking about the event editor of FH4, where players were restricted to creating events in pre-existing tracks – this is a do-what-you-want editor! EventLab provides players with access to buildings, objects, and tools to create anything from their imagination – the world is the limit!

FH5 launches on Xbox, Xbox Cloud gaming, and PC on 9th November 2021, and it will be available to Game Pass subscribers from day one. If you are interested in FH5 and these great new features, you can preorder the game now and make sure to join our Forza Horizon 5 community on RaceDepartment as well.
Reactions: Durge Driven, 9kret9, LMRougvie and 2 others
About author

Damian Reed
PC geek, gamer, content creator, and passionate sim racer.
I live life a 1/4 mile at a time, it takes me ages to get anywhere!

Looking forward to this even though its not a Sim just to have some fun.
Bring it on
I've been with Forza since the very beginning, and I love most of the games, but certain car sounds in Horizon 4 are quite bad in many people's opinions, including mine... Just listen to every Viper in FH4... They used the exact same sound file from a 1ST GEN Viper for every Viper in the game, and it sounds awful... FH5 fixed most of the sounds though, AND you can hear the upgrades you make to your car and how they make the car sound different! I have high hopes for FH5, and I can't wait to get my hands on a copy!

Wolfzz said:
Looking forward to this even though its not a Sim just to have some fun.
Bring it on
Click to expand...

it's the perfect sim for my sofa after a long day

Keep Japan for another time
Mexico looks stunning and with a nice variety
DD support other than fanatec?
The Horizon titles are superbly done and seem to just get better.

I have a very limited free time budget so, as primarily a sim guy, my wheel time in FH is limited, but I really like what they've done with the series.

Even if the simcade physics are a hard no for you, keep in mind these types of games are a slippery slope into proper sims for many, many people.

If you want to laugh at people for playing simcades, that's totally fine...I just don't want to ever hear you then batching about empty lobbies, etc. Today's simcade jockey could easily be tomorrow's sim racer.
No, I did not think FH4's map was huge, and 1.5 that is not huge either.
Forza Horizon games are great but they always feel limited due to their small map.
I sometimes play Hroizon 4, it's pretty and it's less bad than I thought at the beginning, there is a certain finesse to acquire, afterwards it's pure arcade, but it's nice and very playable , especially on a large PC, all the way and no lag. On the other hand, a pity that so far the game is only pleasant with the controller, driving it is unplayable for me. Maybe the 5th will be more interesting? We'll see.
Otherwise, long live AMS2, to test in VR! ;-)

Nick Hill said:
The Horizon titles are superbly done and seem to just get better.

I have a very limited free time budget so, as primarily a sim guy, my wheel time in FH is limited, but I really like what they've done with the series.

Even if the simcade physics are a hard no for you, keep in mind these types of games are a slippery slope into proper sims for many, many people.

If you want to laugh at people for playing simcades, that's totally fine...I just don't want to ever hear you then batching about empty lobbies, etc. Today's simcade jockey could easily be tomorrow's sim racer.
Click to expand...

Why not do both? I have no issues with simracing one day and having sofa drift session in Horizon on the other day Both are fun.
I have to admit I've never played any of the Forza Horizon titles (or any Forza except the very first Forza Motorsport for the original XBox, back in 2005), but I've played the old Test Drive Unlimited and TDU2 games and for the most part had a lot of fun with them. Especially TDU2 with Hawaii and Ibiza - pick a cool exotic car, go do some racing, maybe some free driving, then go home and chill out on my mega yacht. Maybe I'm wrong but the Horizon games sort of seem like the current equivalent to those? I even wished I could cruise the yacht around (you can't).

I don't look for or expect "sim level" physics in games like this. I want a good car list, good sounds, good scenery to drive through, some fun stuff to do, and sim-cade physics are fine as long as they're not utterly horrible.
I hope the finally implement realistic TC - on or off is not really realistic. It would also be great if the put in different settings like track, sport, comfort for cars which offer this in RL...
Last edited: Aug 13, 2021
Oh ...will i get the Teredo Connection Problem after buying it? (look on internet for fascinating info about it).

If you have this issue with FH, you are lost on space...alone and ignored...
while the Earth Gamers are enjoying the Horizon you are lost on it..
Last edited: Aug 14, 2021
I'll bet this game still will preserve the same lame physics from 20 years ago.

Joe Ventura said:
I'll bet this game still will preserve the same lame physics from 20 years ago.
Click to expand...

You probably never played Horizon 4 to say that, I'm on a T300RS and by making small adjustments to the FFB settings in game the physics are actually good and same goes for the FFB