Five F1 Game 'Bugs' We’ve Lived With for Too Long 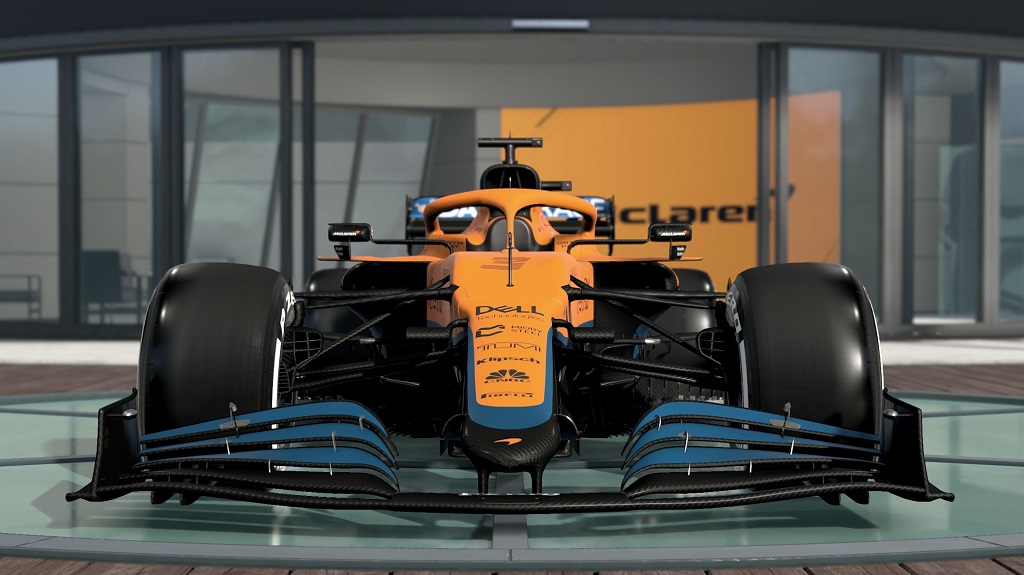 Codemasters’s F1 game series continues to receive strong reviews and sales figures year after year, but it’s time for the series to address some lingering issues.

Each summer fans and critics of the F1 game series are united in their hopes that many of the recurring bugs and workarounds associated with the official Formula One game get fixed. With the release of F1 2021 recently, some of those mutual hopes have again been dashed, as we’ve seen some familiar annoyances present in the title.

Over 3,000 reviews on Steam for F1 2021 have averaged to “Very Positive”, which shows the community is broadly enjoying the title. But the F1 series isn’t perfect. Here are some items Codemasters needs to address and put behind them for future editions.

The lack of mouse support for the F1 series is baffling. There’s a very short list of PC-based racing titles that don’t support the use of a mouse, and certainly no recent releases from major studios that eschew pointing devices.

The issue seems limited to the F1 series within Codemasters. Codies’ teams assigned to Dirt 5 and Dirt Rally 2.0 seem to have had no problem implementing mouse support.

The menu system is laid out in a console-friendly manner thankfully, but this shouldn’t preclude the option of using a mouse. There are countless examples of cross-platform titles that support the use of a mouse on PC. This is a noticeable oversight year after year.

Another popular request from the community is dedicated servers for multiplayer racing. Having fast and stable connections to the large player base the F1 titles consistently garner seems like perfect fit. But again this year, there are no dedicated servers.

Granted, dedicated servers are expensive to implement, but with respect to the sales figures it would certainly make sense for F1 titles to have them. Unstable or slow servers can ruin an online racing experience, and this is something that needs to be put behind the F1 series.

Within the greater PC gaming community, only about 3% of users have a virtual reality headset. That number is significantly higher in the racing community, and the demand for VR keeps growing.

For the past few years, hope has grown into expectation for Codemasters to implement VR into the F1 series. This was encouraged in part by Codemasters adding VR support to Dirt Rally 2.0 post-release. Many users hoped this would become a standard for Codemasters releases moving forward, but this has not been the case.

VR and triple screen support can both be added to your F1 experience through third party mods, but it seems time for native support.

Codemasters seems to have created a vicious circle with their release schedule for the F1 games. Fans have come to expect the newest liveries and bug fixes in each successive title. But this timeline doesn’t give them enough opportunity to implement some long overdue track updates.

Track selection has become a larger issue with the modified F1 schedules for 2020 and 2021. The last two seasons have seen fan favourite circuits like Imola, Mugello, Nurburgring and Portimao utilized in the real F1 calendar, but not in the game. We are expecting Portimao, Imola, and Jeddah to be added to F1 2021 for free, but these circuits missed the launch date.

Many in the F1 game community have complained about a lack of laser scanned tracks. In response, Codemasters has said noted that tracks take “a lot of resources to create.” It seems unlikely that we’ll see significant changes to their approach to track creation in the release schedule they’ve set for themselves, but the F1 games are certainly due for updates.

The F1 games aren’t specifically aimed at hardcore sim racers. The titles are meant to be enjoyed both by casual gamers using a console gamepad and by serious racing game enthusiasts using rigs with wheel and pedal sets.

Codemasters has allowed multiple input devices, which is great news for those of us who use separate wheelbase and pedal units, but the experience is somewhat underwhelming. Those often higher end wheelbases are capable of recreating detailed force feedback like road surface bumps and tires scraping across the track during understeer, but the game is limited in this regard.

As the popularity of consumer wheel and pedal sets continues to rise, so does the need for improved force feedback fidelity. No one would expect rFactor 2 levels of FFB detail, but updates in force feedback to complement an overall enjoyable driving experience is necessary.

Codemasters F1 games can be a lot of fun, and the franchise has generally been improving in recent years. But lingering beneath those incremental improvements are some fundamental concerns that both fans and critics of the titles want to see changed. Let’s hope we can see these changes in forthcoming titles.

Are there changes you want to see in future F1 games? Let us know in the comments and make sure to join our community.
Reactions: Adyl, bluey, ben32star and 12 others
About author

Majuh said:
Technically, these points aren't bugs. They would be "improvements".
Click to expand...

After 11 years of absence of dedicated servers I'd call it a red flag bug by now. Totally unacceptable in this era of online racing.

Bram Hengeveld said:
After 11 years of absence of dedicated servers I'd called it a red flag bug by now. Totally unacceptable in this era of online racing.
Click to expand...

With EA being their superiors now, don't expect proper servers to become a reality anytime soon as well
I hope it will become a reality one day. Would turn this game into something very special.
Land Norris will tell how much F1 needs dedicated servers!
One thing that bugs me is the consistency of the physics. Now I know that it'll never be a true simulation, but some consistency to the physics across the releases would be welcome.

It's not like the cars have changed that much between 20 and 21.
The lack of mouse support is there for a reason and as a reminder, but one apparently way too subtle for "sim racers" these days.
"VR can be added to your F1 experience through third party mods"

Really? Please tell us more!
The biggest bug is codemaster itself.
F1 license needs to move to another software developer... iRacing? Reiza? Kunos?

Cote Dazur said:
"VR can be added to your F1 experience through third party mods"

I can't remember it exactly, but Jimmy Broadbent did a showcase last year. The mods still need some improvements (not really their fault, just poorly built game support), as Jimmy's run did not end well...

Not bugs actually, but some of those are what keep this game from becoming a good game.
Strong sales just because it's F1. Codemasters are actually business masters, they know very well they can sell a piece of crap as long as that's F1 licensed crap. So why investing budget on more features, people will send money to them anyways.
Funny how those F1 fans who defend this game as if they never played video games before and never realise they deserve better. This is why they don't deserve a better, or at least a proper game. "F1 2020 is the best game" LMFAO
Without dedicated server, and using the garbage p2p multiplayer system, hopefully you'll never play online and see other players already starting from the grid, and you just start seeing the 1st red light lighting up.
Last edited: Aug 1, 2021

Majuh said:
Technically, these points aren't bugs. They would be "improvements".
Click to expand...

Not technically at all… These 5 things are long overdue features, not bugs.
Arcade mess by the Codemaster As said before, the license has to go to a good developer like Kunos
Spot on here Mike. After not playing F1 games for a couple years, its weird to have to relearn tracks that I know so well. I don't ever expect laser scanned tracks in the F1 games, but some of these tracks are so obviously bad like Spa, Hungaroring, Silverstone.
I realize it's a big effort to change/create tracks, but with the sales the F1 games bring in every single year, why do they still have such a small team working on the game? There is no excuse for that.

Bert Austen said:
Arcade mess by the Codemaster As said before, the license has to go to a good developer like Kunos
Click to expand...

I'd love for the license to go to either Kunos or Reiza as we would finally get an official F1 SIMULATOR but honestly, I don't really see it happening.
The current simcade approach has proven to be effective and to reach a greater public than a simulator would be able to.
I can understand some tracks not making it into the games due to how sudden and different the circumstances were last year. but please Codies just give us some sorta VR even if its basic we have a community that would ultimately end up fixing it anyways
A couple of long standing problems for me are the lack of adequate view adjustments for cockpit view. Most players use T-Cam view but I prefer the more realistic one-to-one driver's eye view in the cockpit. The range of the controls could be doubled, especially the Angle adjustment that could even be tripled. It would be nice to see the field of view FOV in a percentage as well. Also the inability to hide the driver's arms AND wheel for players like myself who have their own wheels and telemetry display is a particular pain. I've seen at least one You Tuber use a piece of blackout material, either paper or foam board, taped to the monitor to hide the onscreen wheel. A player shouldn't have to go that far to accomplish what most of the other games/sims have had built in for years. These should be relatively simple fixes that Codemasters have not addressed yet from year to year sadly.
It's all about money over quality. Easy money year after year, few changes here and there. Marketing as major when in reality they are weak and small. All those points just really outline the fact that the pc version is just a cheap port nothing more than the console. Top end systems now have the hardware, yet the devs fail to take advantage. Just the bare minimum to make it work on the pc platform. Take the FFB bug on release that has just been addressed, on DD wheels as soon as the player took control of the car the FFB kicked in and yanked the wheel right. I mean that was a bad one to let through. Could have ended poorly for some users and caught me out. I could go on, this year has been a massive disappointment. Bring back Geoff Crammond.