Log in to download, or make sure to confirm your account via email
Ask a question
Reviews (3) History
* If you like any of my resources and feel like contributing, please make a small donation to Cancer Research or your local charity of choice. Thanks! *

This is an adaption I did for myself but other VR users might find it useful. It’s based on the same principles as the excellent Top/Center Flags for VR 1.1 by c4p (http://www.racedepartment.com/downloads/top-center-flags-for-vr.17416/) with a couple of corrections and additions. I did message him a while ago to see if he minds me adapting his idea but (at time of writing) he has not been active on RD since Sep 27, 2017. If you are reading this c4p, then I hope you don’t mind..! 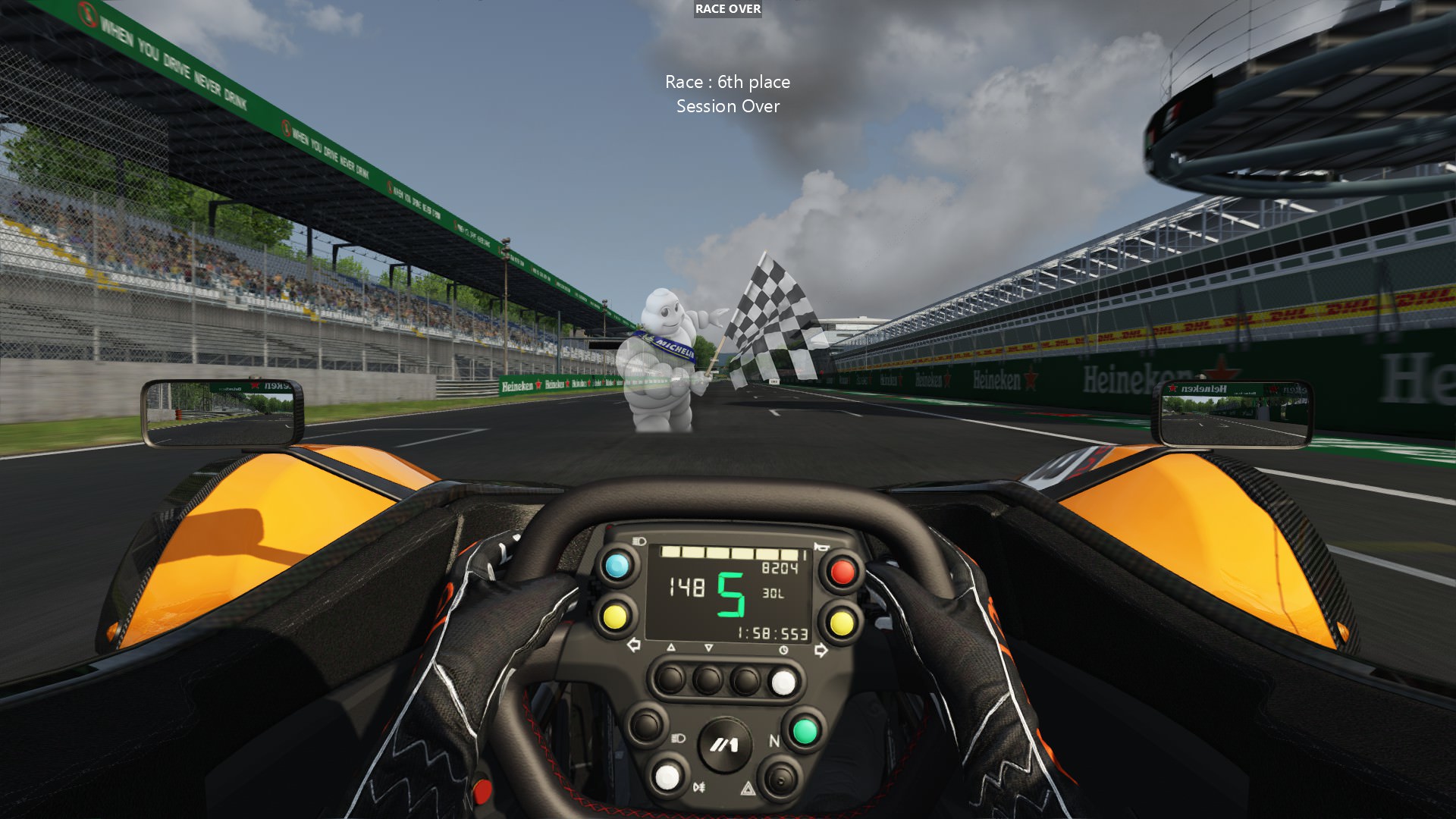 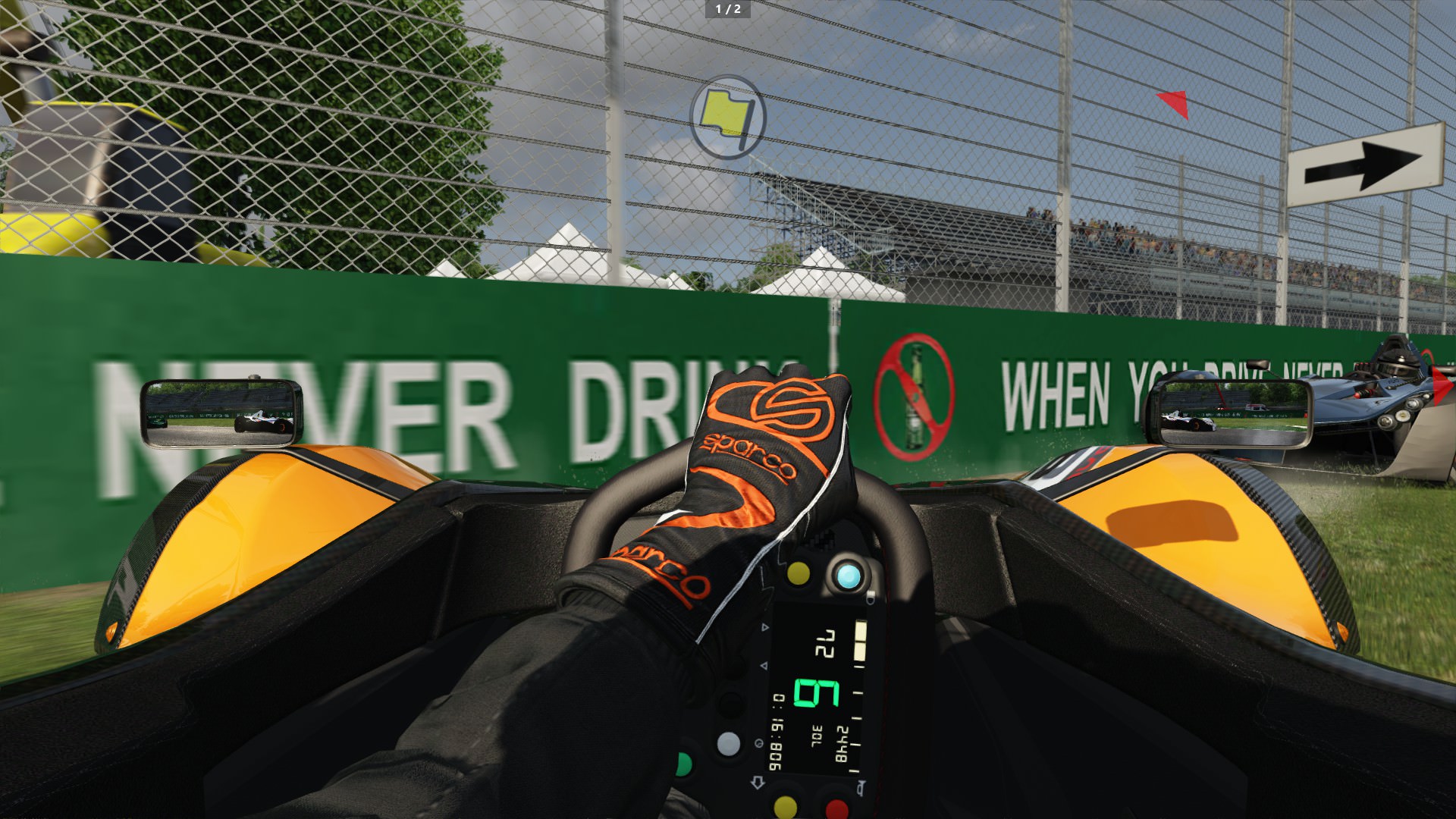 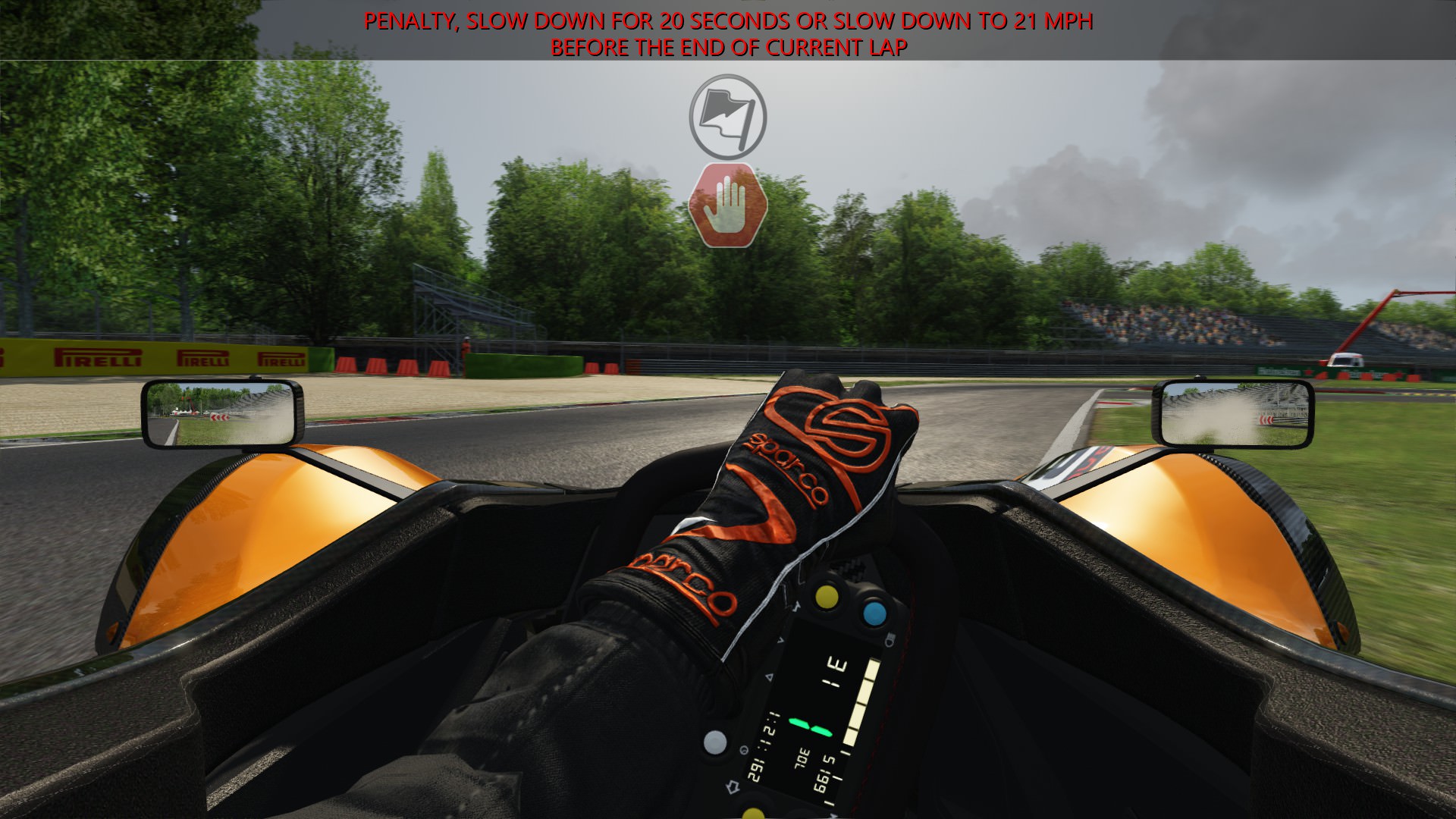 The idea behind this mod is to provide a range of centrally-positioned flags with different levels of transparency. This could be important for anyone that races HUD-free in VR but still wants flag notifications without them being distracting. The flags are centred exactly to the Oculus Rift’s display whereas c4p’s flags were off-centre slightly to the right so didn’t line up properly with other icons like the Wrong Way warning. I’ve no idea whether these icons are also centred for other VR HMDs as I have no way of testing, but I’m sure people will soon comment if they are not. I suspect they work fine with the Vive at 1080p. I have ONLY created icons positioned for 1080p as that’s the recommended resolution for Assetto Corsa when using the Rift. There’s no real reason to use any other display settings with the Rift as the Assetto Corsa menus and GUI would then be incorrectly scaled. These flag icons have been adapted for the full set of Assetto flags: Black, White, Blue, Yellow, Penalty & Finish, as well as the large Black Flag icon for disqualification. There’s also an alternative Michelin Man Finish flag provided if you want something a little different to signal the end of the race. The Finish Flags are positioned lower on the display and are larger in size compared to the other flags, which was purely my personal preference. Anyone with basic Photoshop skills will be able to reposition, resize or replace any of the flags if they want, but the main set of flags are currently positioned just above the Wrong Way icon to avoid potential clashes. I’ve also included an alternative Wrong Way icon, and there are different versions with different transparencies in the relevant flag folders, so you can mix and match at will.

All icons have been corrected for VR distortion, which without compensation makes GUI elements slightly shorter and fatter than they should be. If anyone is interested the icons were squished to 90% of their original width so that they appear with correct proportions in VR (this is actually 90.25% based on reducing the width by 95%, then 95% of that again as part of the trial-and-error process. This figure might be important in case anyone wants to re-inflate the icons for use on 2D displays). The icons will look a little tall and thin on 2D displays due to this compensation, but could easily be reshaped. The images shown here are taken from a 2D display for ease of capture, so appear a little taller and thinner than they will in VR.

I’ve included five sets of icons based on various levels of transparency from solid icons down to 35% transparency, depending just how subtle you want them. You can obviously mix and match different ones if you wanted a particular icon to stand out more than others. Personally I run with the 35% versions as these are very subtle, but still noticeable.
To install:
1. Back up the original flags by creating a new folder in [/SteamLibrary/steamapps/common/assettocorsa/content/gui/flags] called OrigFlags (or whatever you want) and MOVE all the default flag icons into it to deactivate them.
2. Unzip the archive and place ALL the content into [/SteamLibrary/steamapps/common/assettocorsa/content/gui/flags]
3. Copy (don’t move, COPY) the flags you want to use from the appropriate new flag folder into [/SteamLibrary/steamapps/common/assettocorsa/content/gui/flags].
4. If you want to use the Michelin Man finish flag then simply delete the new finish.png icon and rename finishBibendum.png to finish.png.
5. If you want to use the new Wrong Way icon then drop it into the ‘texture’ folder [/SteamLibrary/steamapps/common/assettocorsa/content/texture] after renaming the original ‘wrongway’ icon in there (so you can change it back later if you want). This icon won’t do any harm if left if the […/flags] folder, but it won’t work until moved to the [… /texture] folder.
6. To try a different level of transparency simply delete the relevant flag icons in […/content/gui/flags](don’t worry, if you copied them in step 3 they will still be in the original folder) and COPY a new set in.

If anyone wants to tweak the files for other resolutions, reposition the icons, replace the icons entirely, change it all up for other HMDs… feel free. I borrowed this idea from c4p in the first place so have no ownership claims on it whatsoever. I’ve also got almost nonexistent Photoshop skills so have probably gone about this all the wrong way from start to finish. It seems to work though.

Have fun. If one other person finds it useful then it’s been worthwhile getting it ready for uploading.
Reactions: Alexandr66, Dave_6, Cote Dazur and 2 others

Btw...what is the billboard mod (heineken and DHL)?

Mascot
Thanks! The Monza billboard update is here http://www.racedepartment.com/downloads/monza-2017-billboards.16984/
Upvote 0 Downvote
Not even tested yet, but the concept alone is worth gold for VR users.