Log in to download, or make sure to confirm your account via email
Overview Reviews (3) History Discussion
Ask a question
Reviews (3) History
This is the official GTR Engineer's Handbook, which is hard to find on the internet (and not included with the game). It was made for the first GTR game title by Simbin in 2004, but it also applies to the sequel.

Combined with the GTR2 Car-Owner's Manual, it's a must have for those who use GTR2's original cars.
A great source of knowledge for GTR2 users, as it provides important information as a setup guide.

It's in .PDF format, so it's ready to be printed.

Credits go to the creators (the old official team of game developers at SimBin) and to Redi, who found it out there and reuploaded it back in 2007. 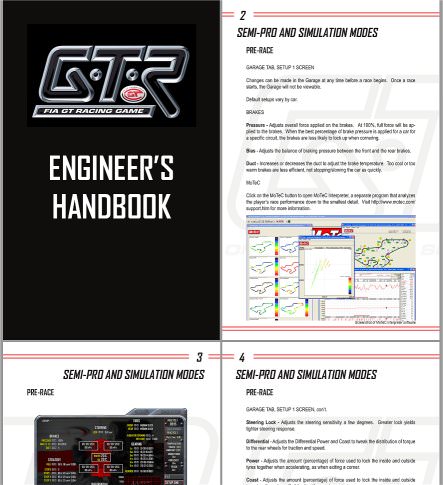