I must admit I faced it much more like a challenge than a real hope for the final result to be a good one.
But I think at the end it's not such bad! A bit kitsch, but looks very well in the game!

I took inspiration from "Fenice Milano 500C La Dolce Vita".
Which is a modded Fiat 500C with gold, diamonds and luxury wooden!
http://www.topspeed.com/cars/abarth...lce-vita-gold-and-diamonds-500c-ar103528.html

Obviously I couldn't make it identical, 'cause I can't modify 3D model.
And an Abarth 500 Essesse is much more different than a Fiat 500C than you expect!
Also Fenice Milano renewed the whole dashboard, and I couldn't.

So it can only be a mere inspiration... and maybe it's better like that, 'cause the Abarth looks more sporty!
And now I introduce you to my "Fenice Milano 500SS".


INSTALLATION
Unzip the file in "Steam\steamapps\common\assettocorsa\content\cars\abarth500\skins" where "Steam" is Steam's installation folder.
If you want skins for Abarth 500 S1 too, also unzip it in the folder "Steam\steamapps\common\assettocorsa\content\cars\abarth500_s1\skins".
In both cases it should create a new folder called "fenice_milano". 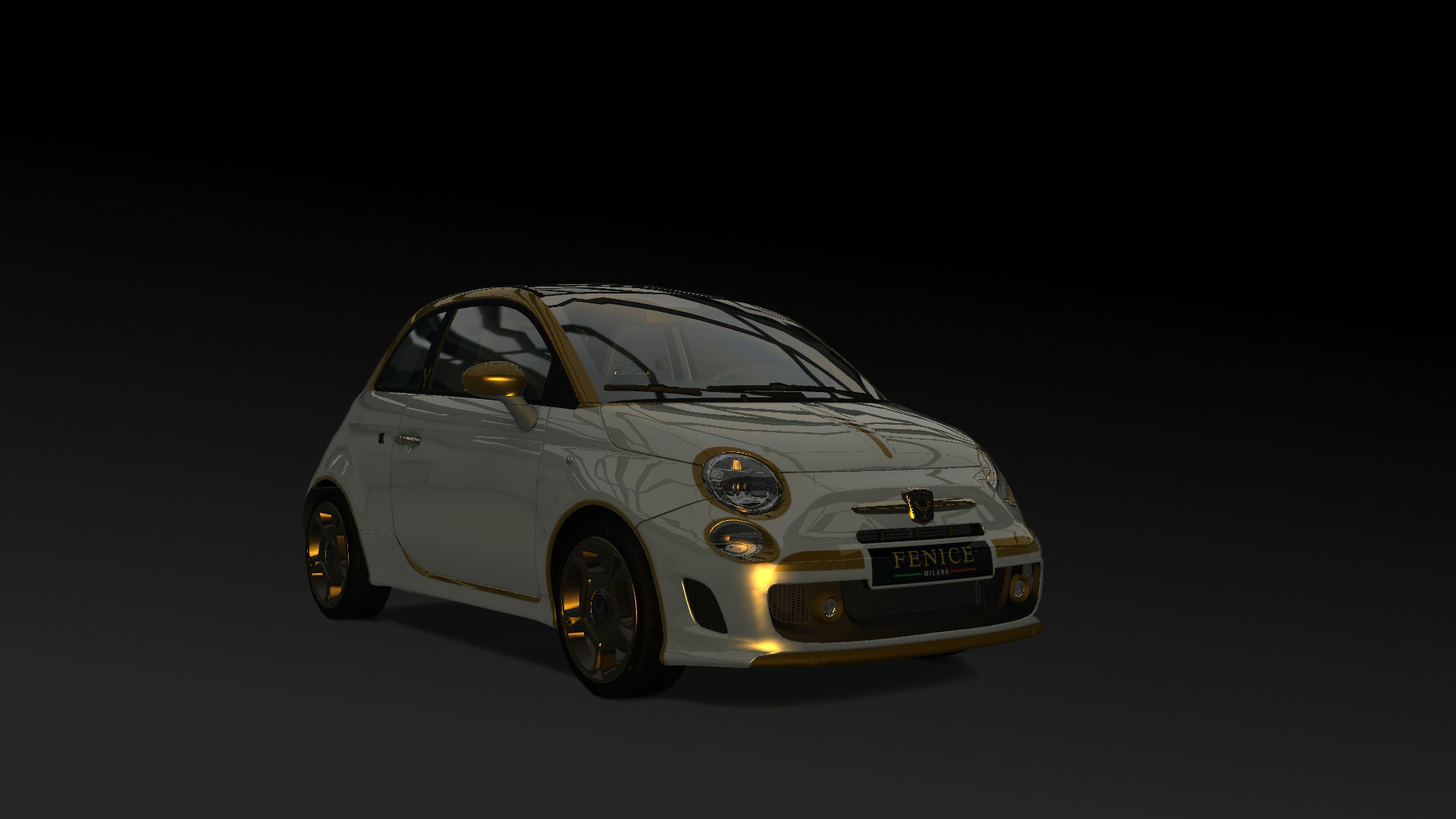 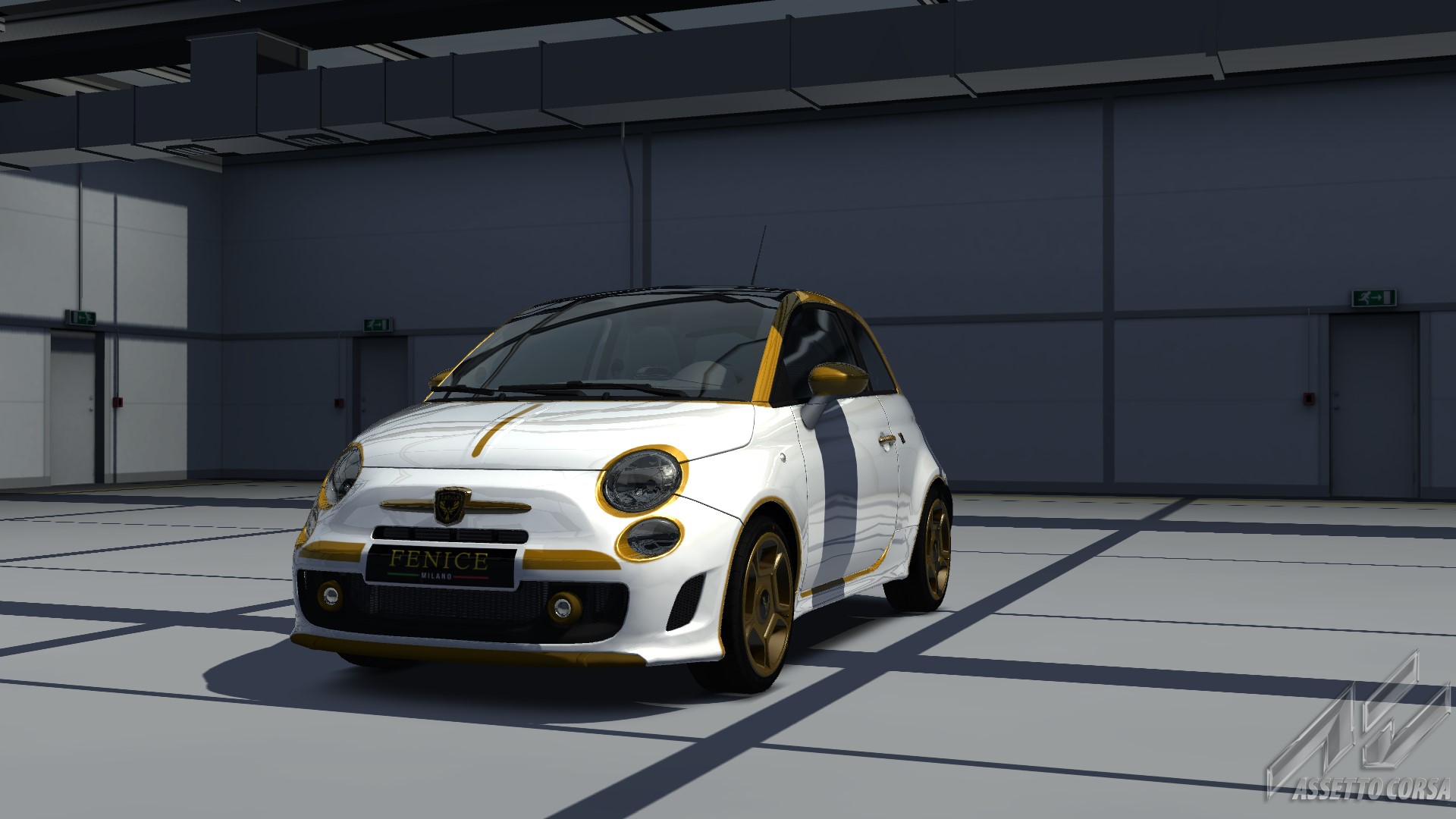 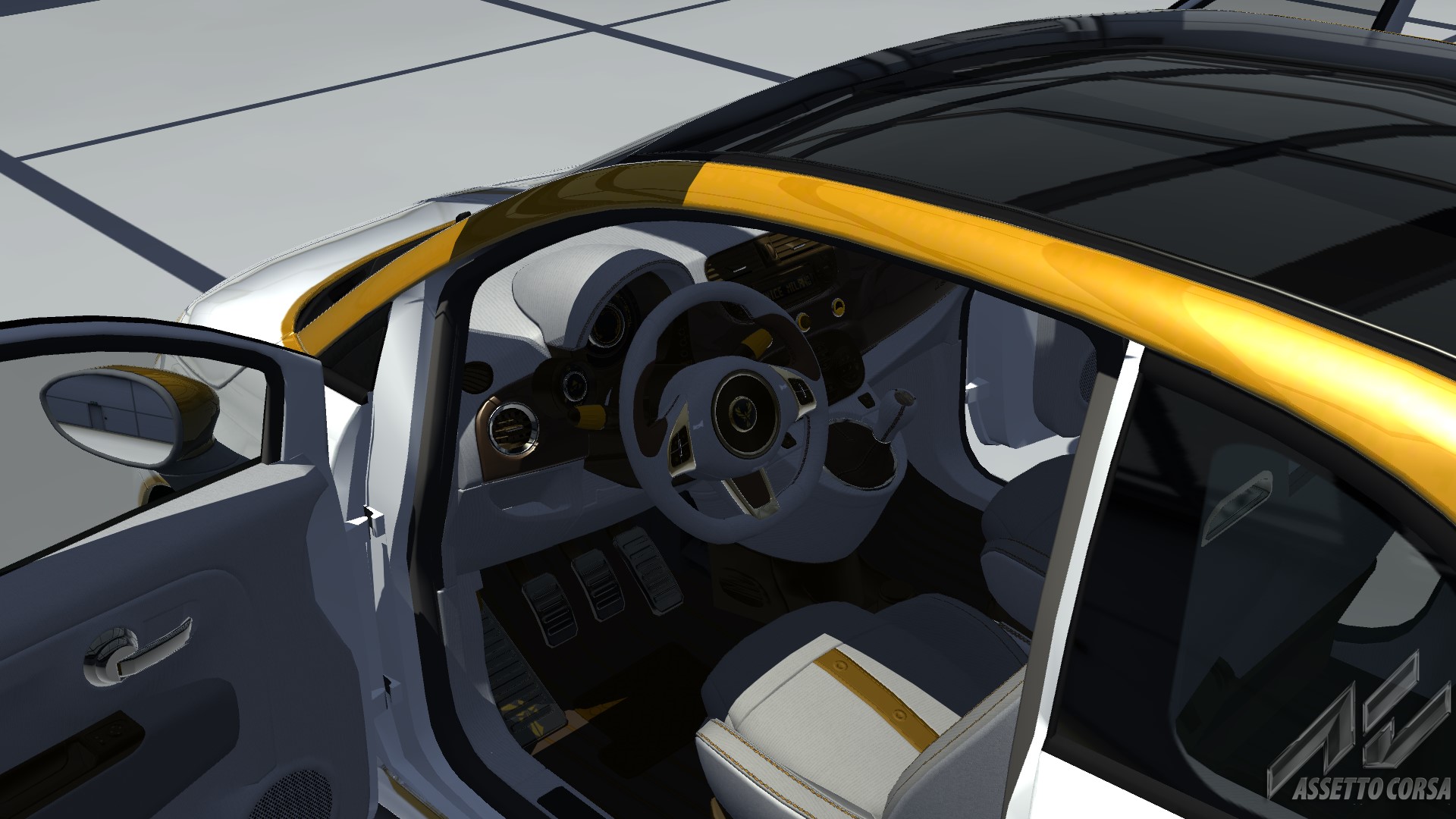 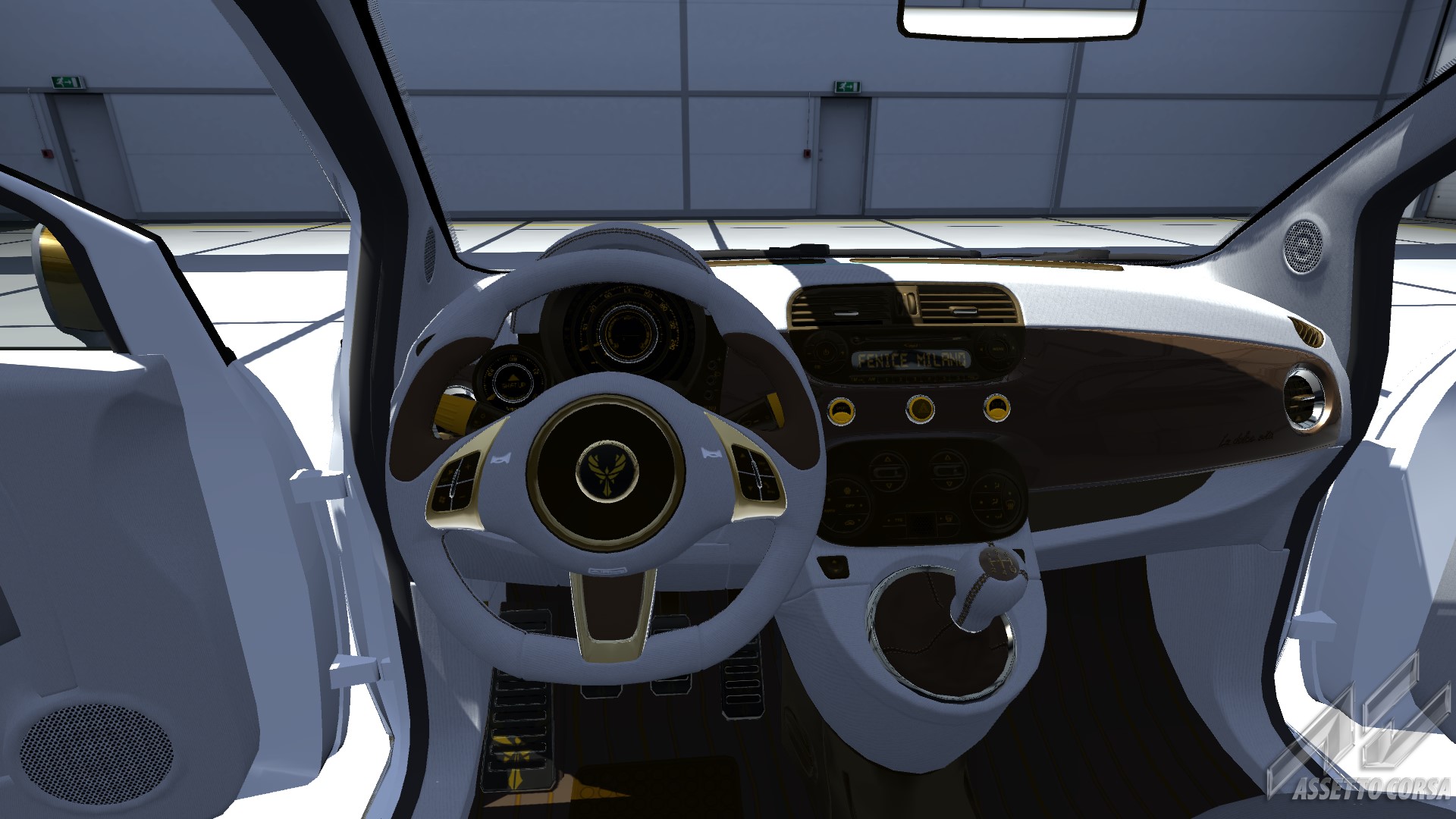 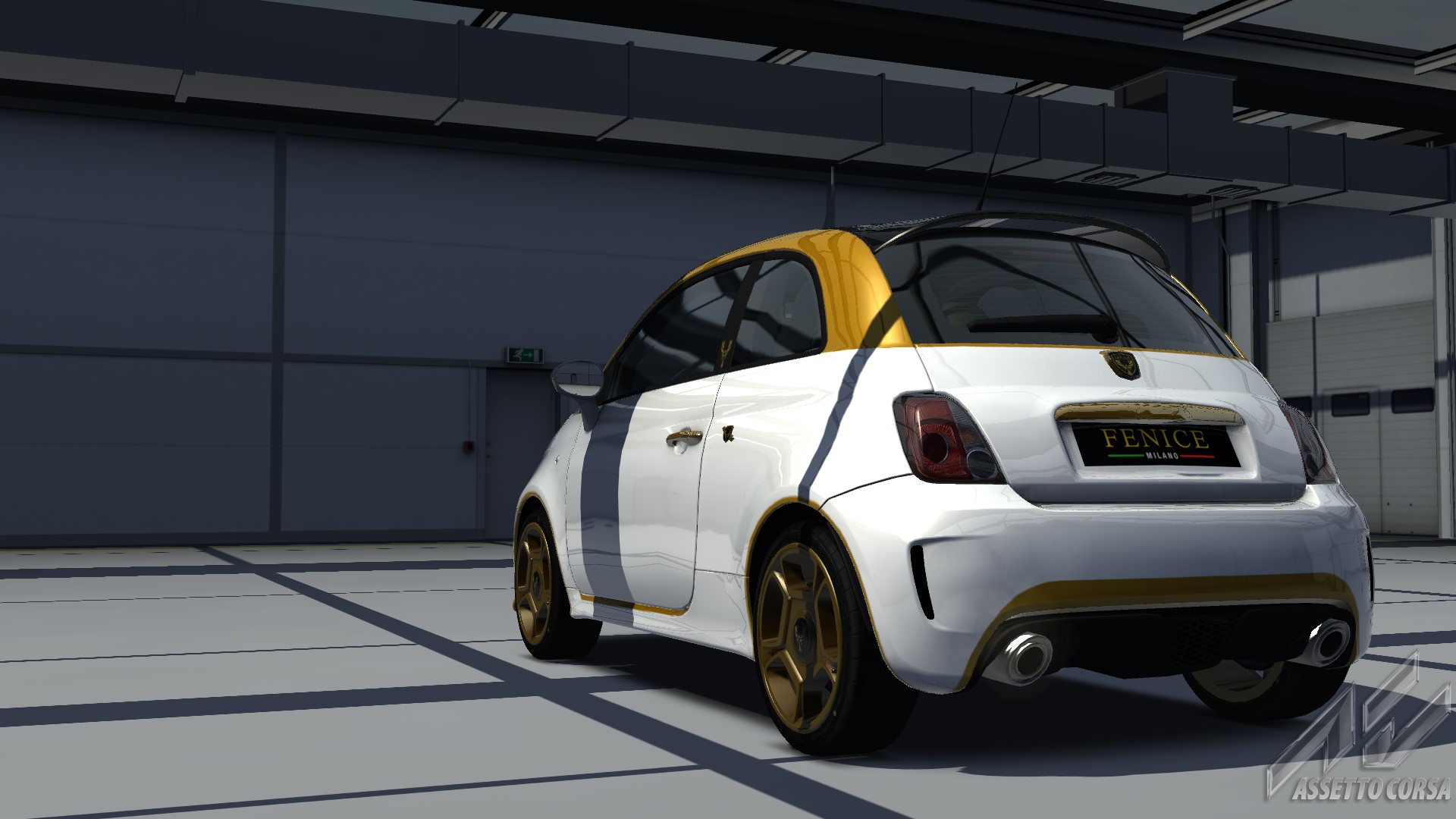 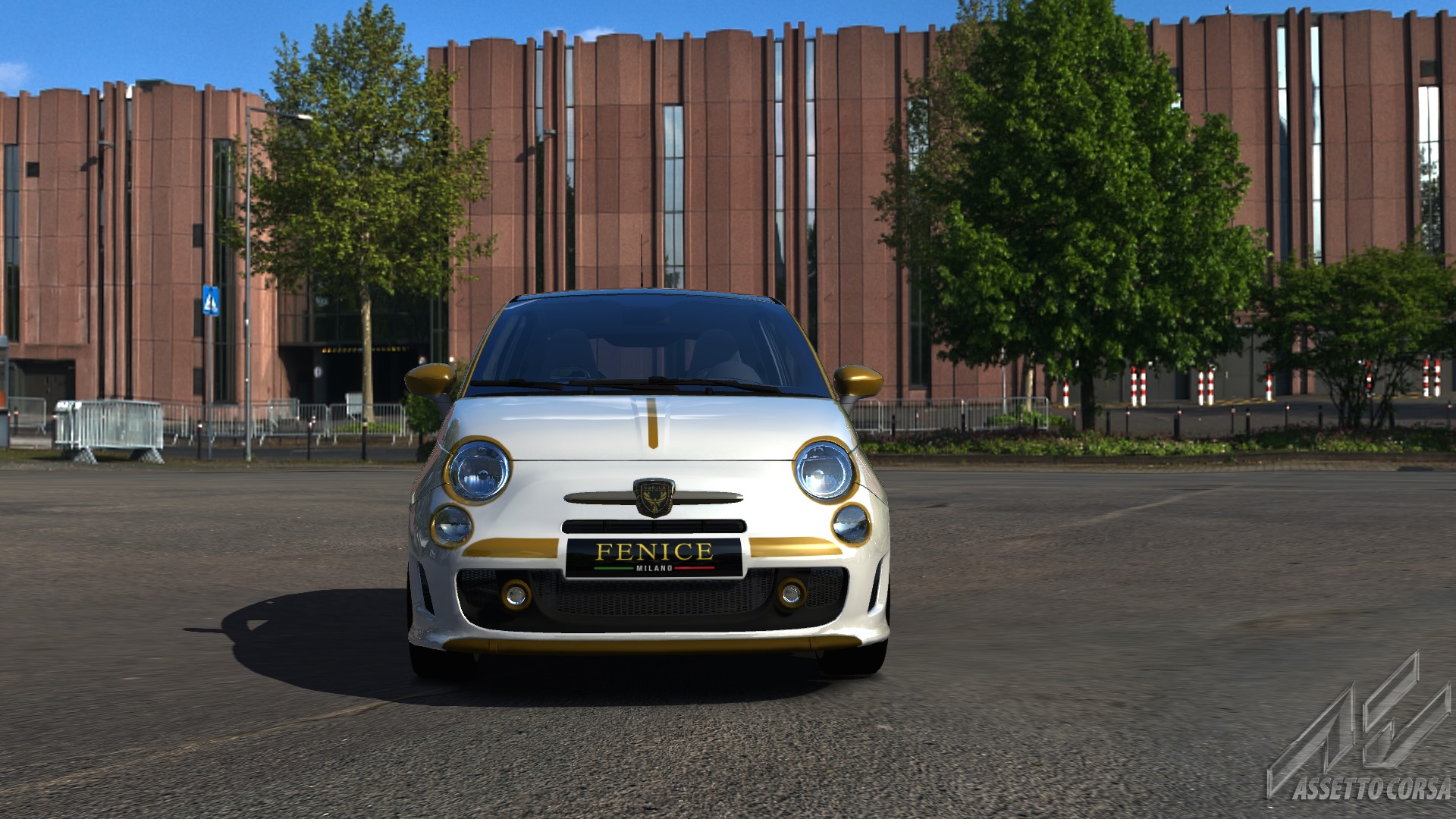 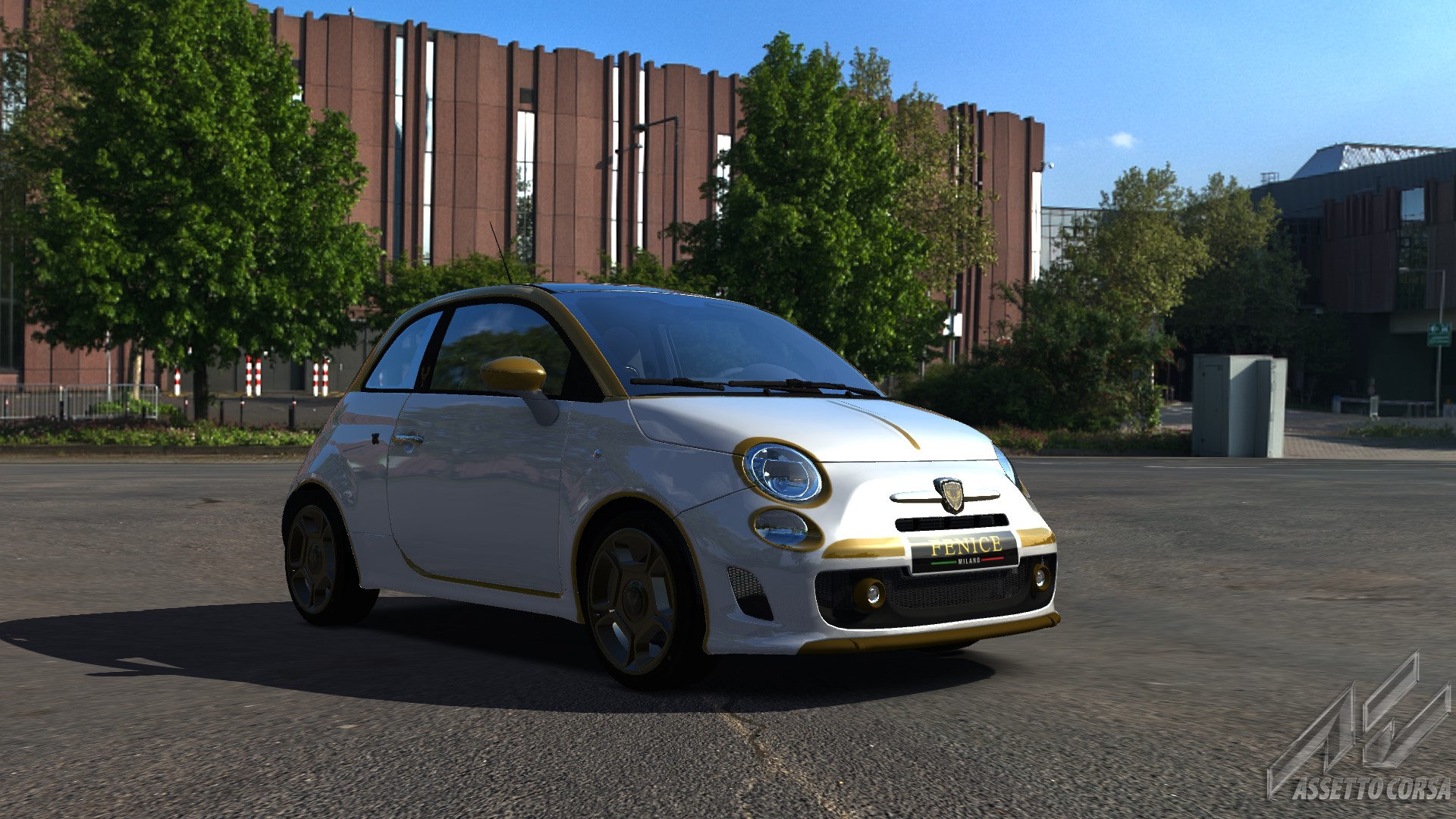 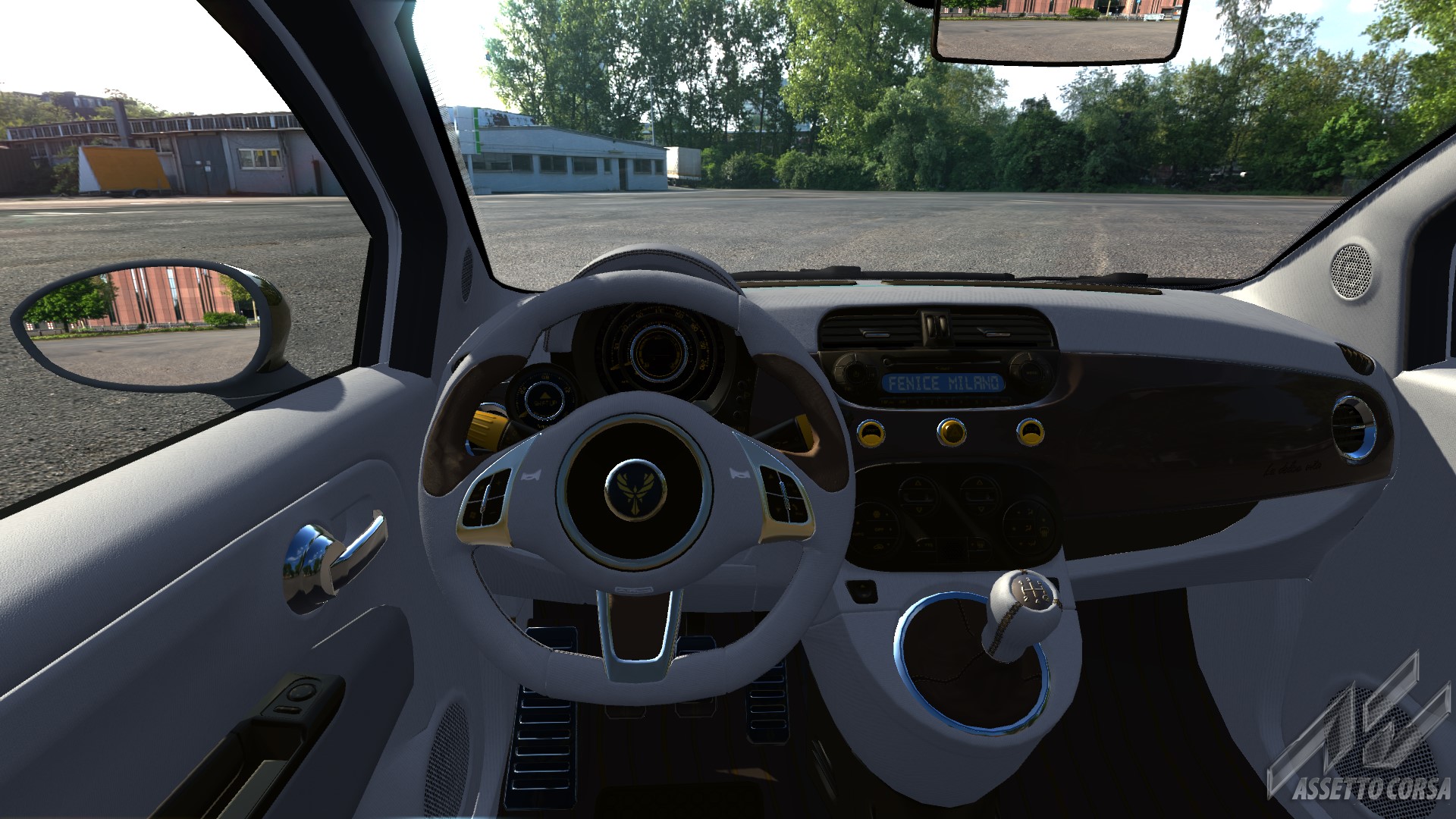 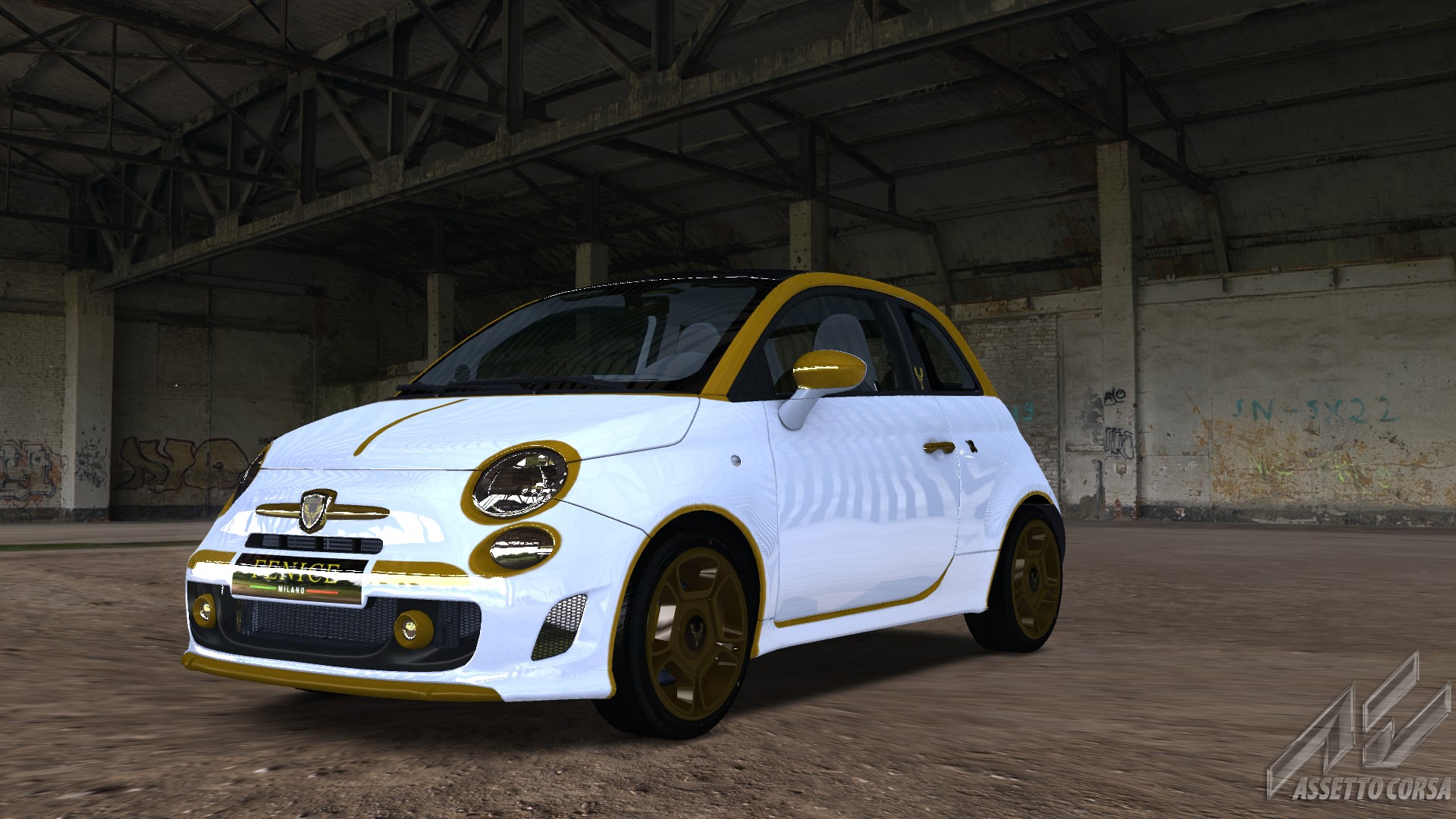 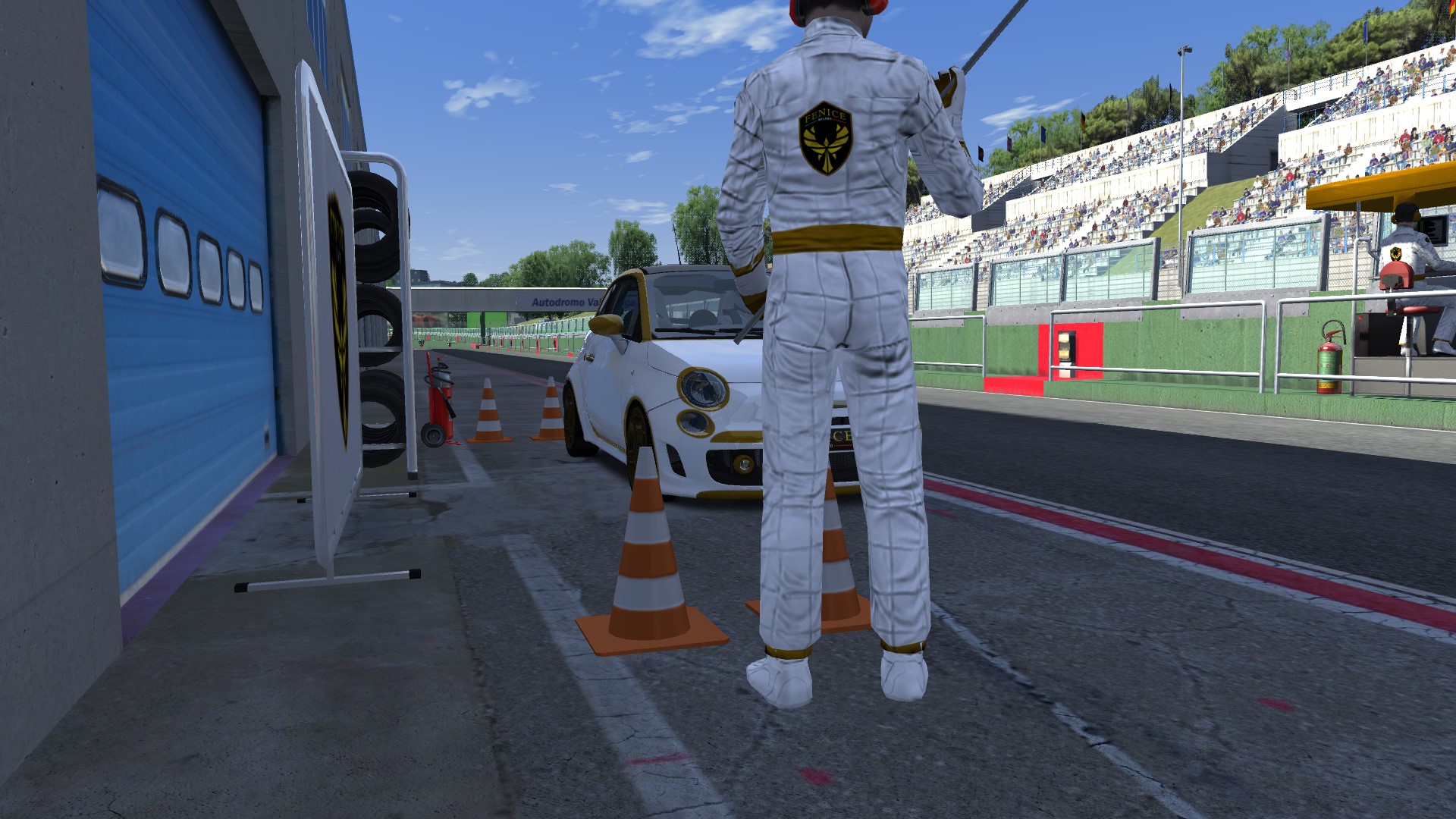 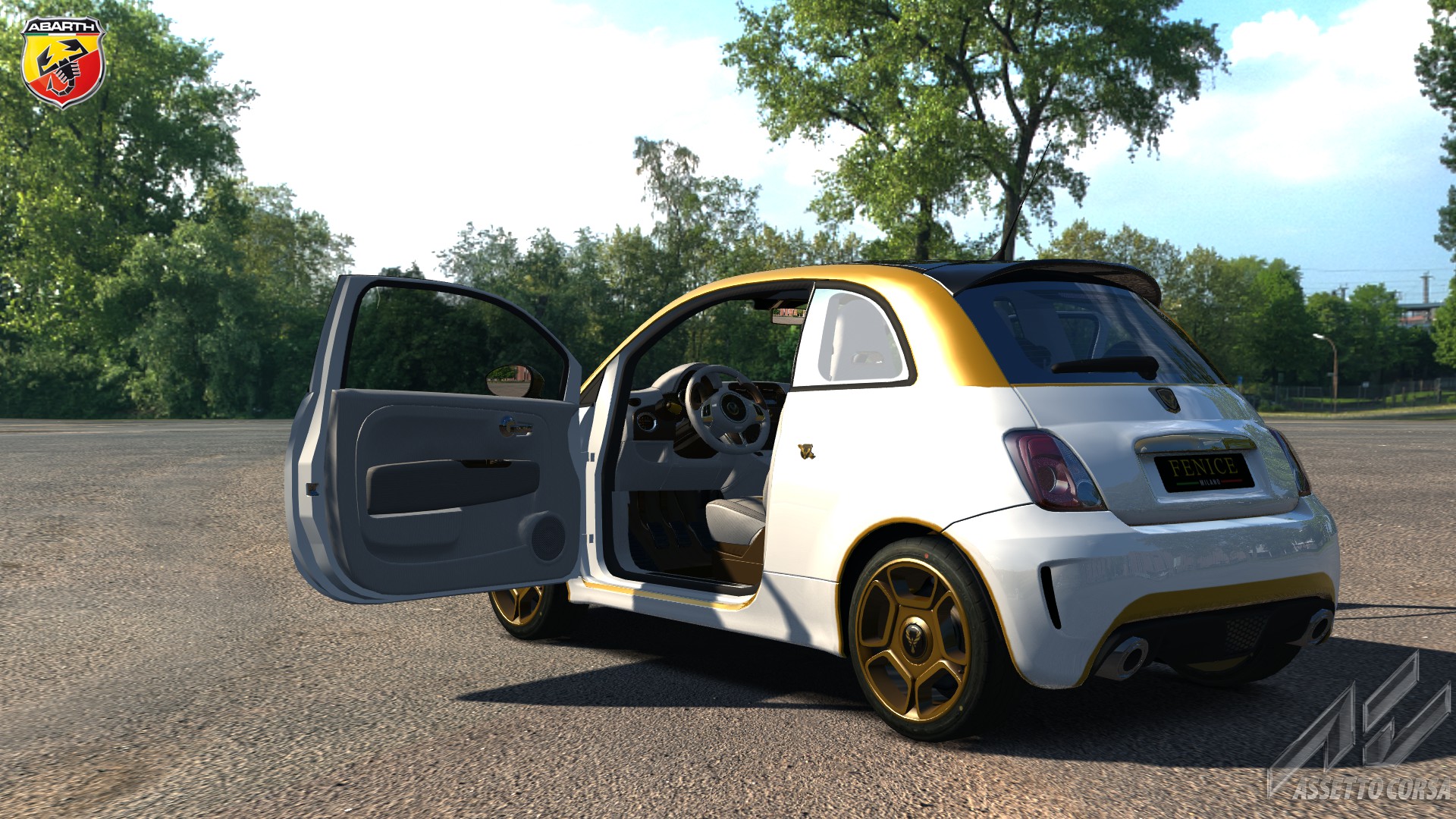 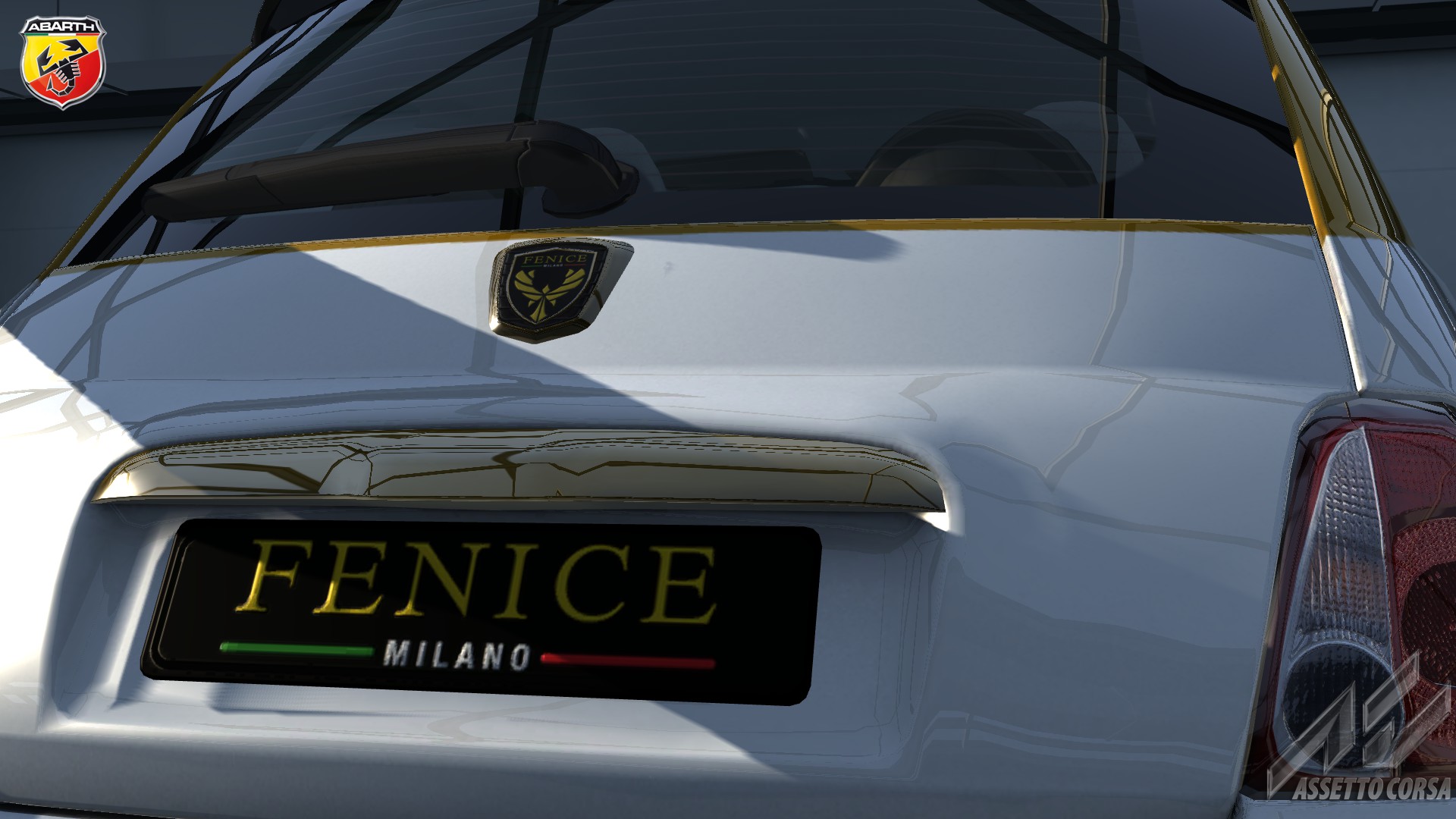 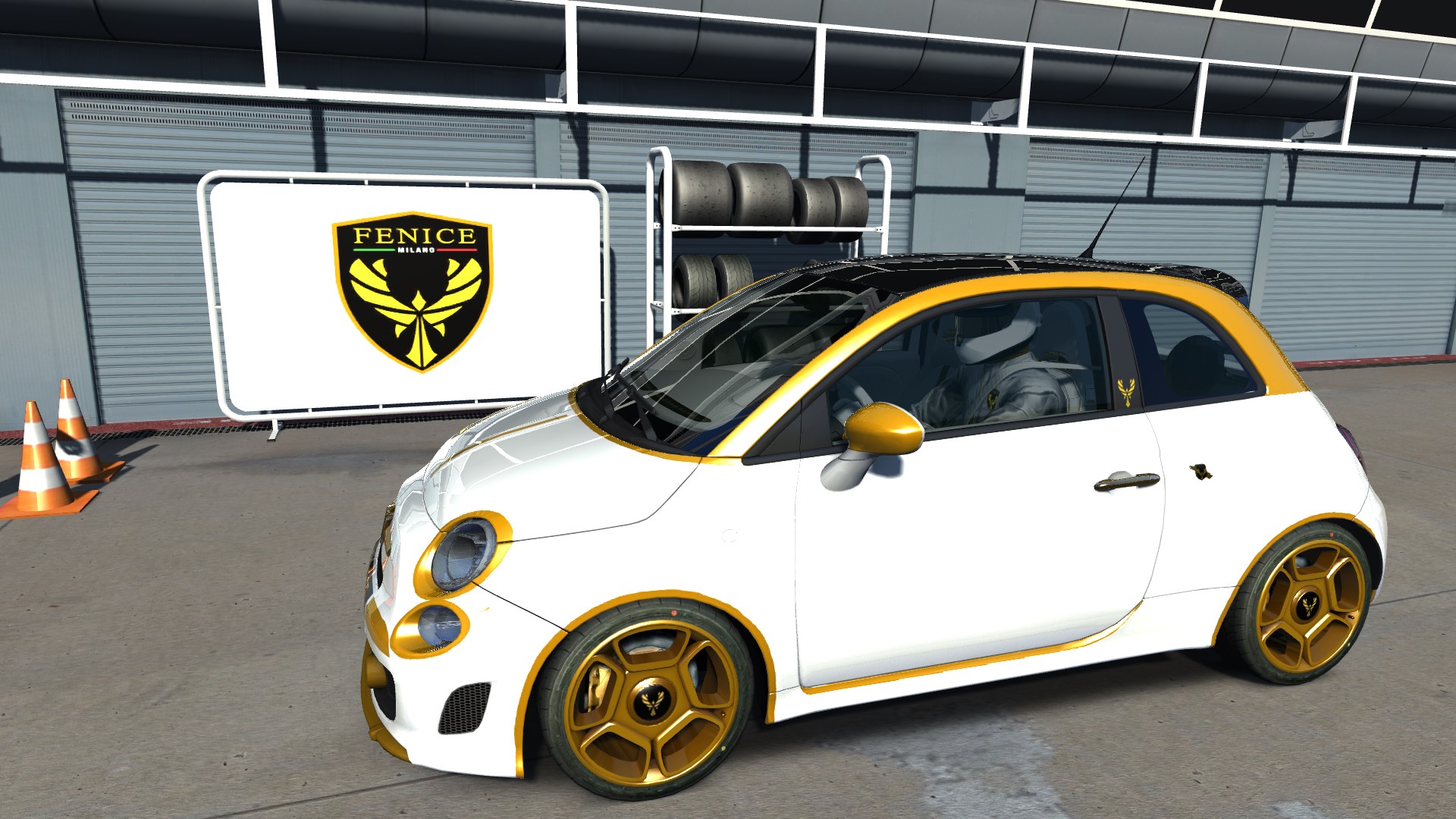 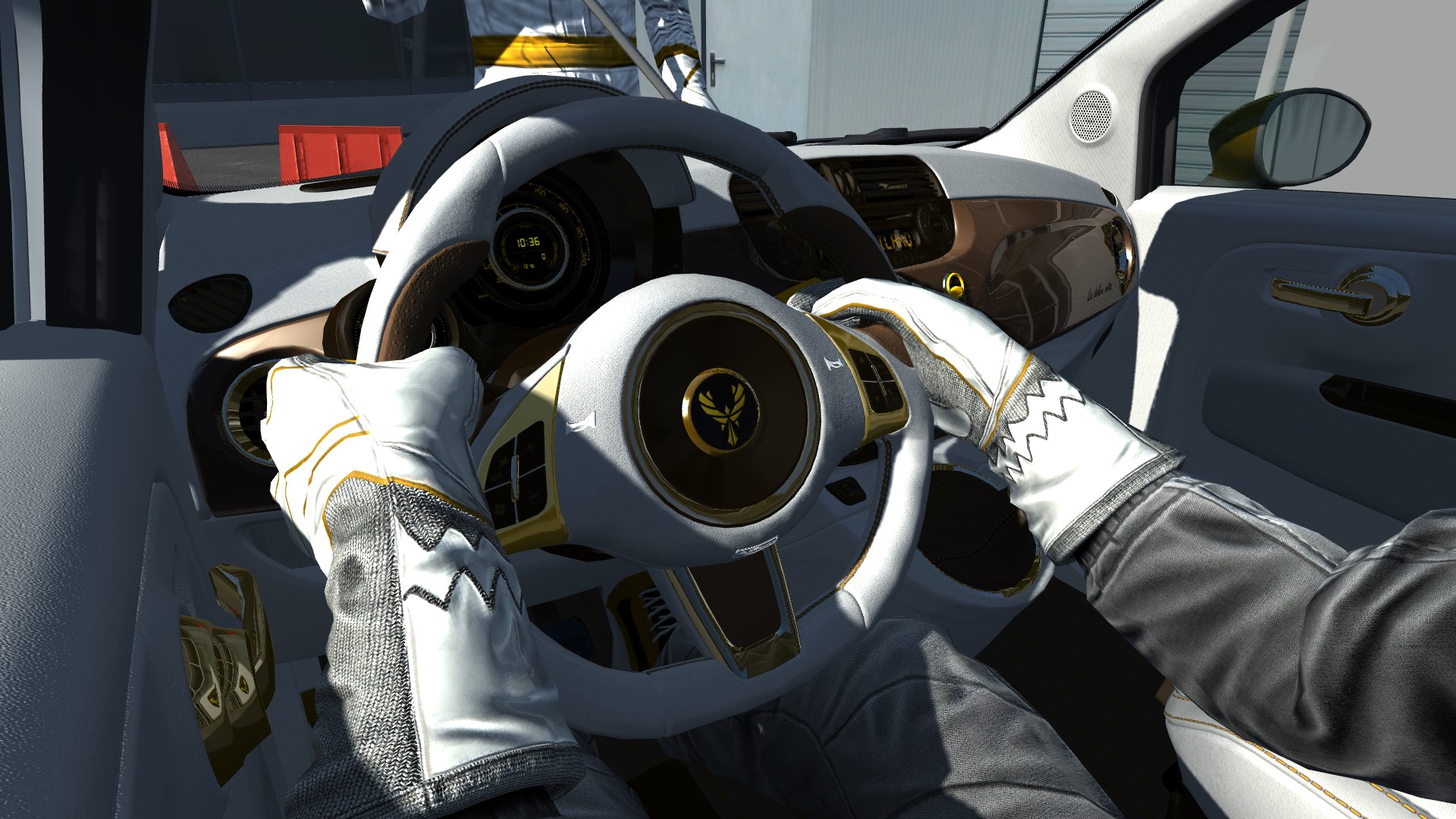 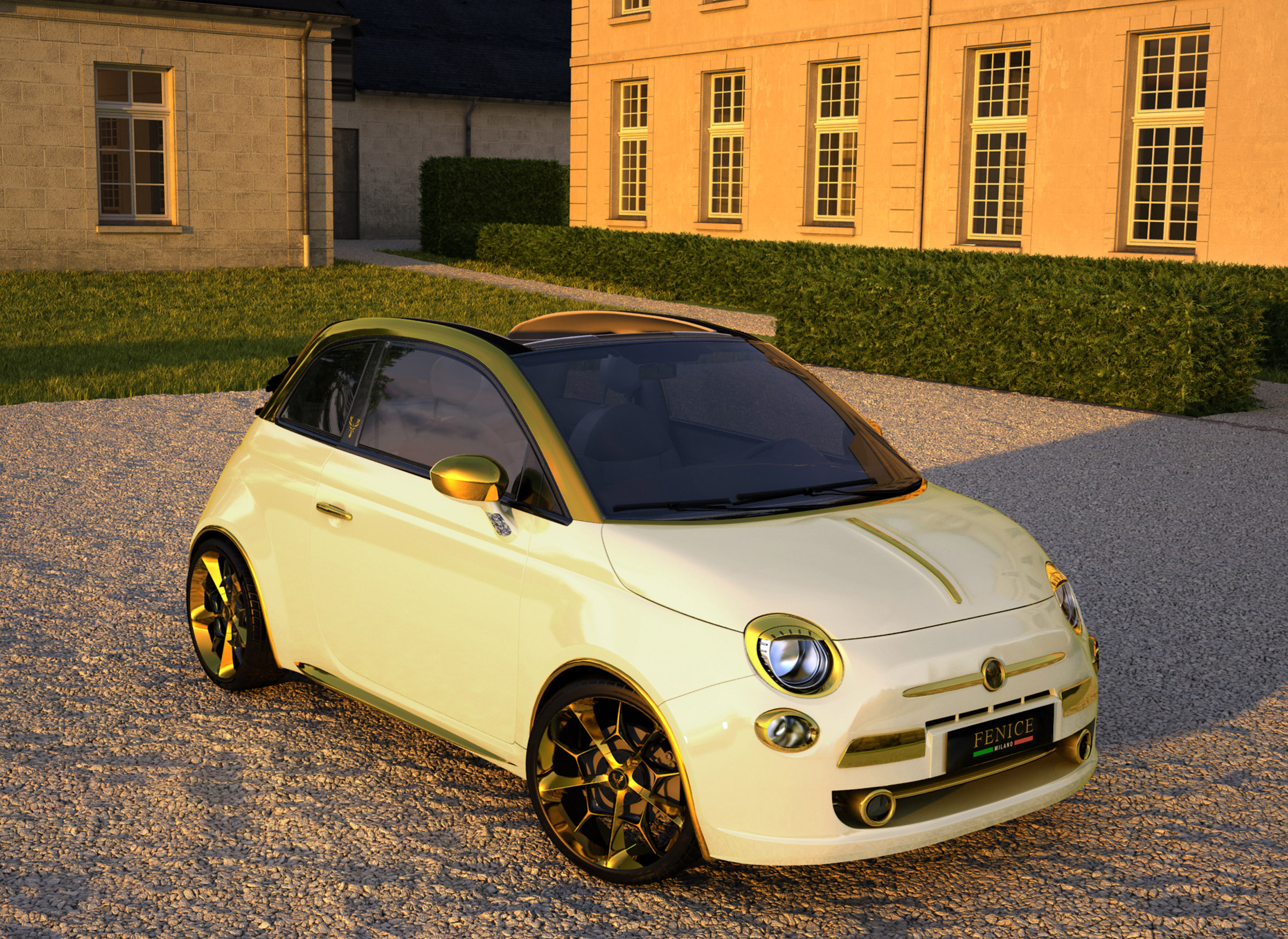 The most classy skin for this car. :)

Patcha
I'm glad you like it. :)
Upvote 0 Downvote
subtle, very well done, I want the same for my wife, thank you.

Patcha
The real one is a bit expensive. :)
Upvote 0 Downvote
Great work..!