At first I just wanted the vintage Ferrari livery I like the most (Red with Black wings): they use too much white nowadays in my opinion.
But after I had to do my own template myself, I decided to exploit it for more skins.

With patch 1.2 I optimized much more my template and wanted to mix a bit more historic and modern, adding some historical colors.

- Mr White: added in v.1.1, by strong request, this skin is simply full white.
Suit, gloves and crew stuffs are on white theme, too... obiviously.

- Belgian Yellow: added in v.1.2, the only other Ferrari F1 cars which didn't race with official red, where for some years Ferrari driven by Belgian drivers into Belgian GP.
That was just to make Belgian importer happy, so they could adopt Belgian Race Yellow color.

- British Green: added in v.1.2, obviously a Ferrari F1 never adopted British Race Green, but it's a nice color... so I just wanted to put it anyway.

- Silver: added in v.1.2, actually I made the silver one only for test purposes... but at the end I decided to let it remain inside the pack.


NOTE:
Due to harsh FOM pression to Kunos for licensing, I must totally FORBID you all to SHARE any template for F138 created starting from my skins!
My skins have particularities from which I can recognize them, don't try to trick me.
You can still use my skins to create your own. But please, if you do, give me credits in a text or a readme file, where you say you used my works to make your own, thank you!

(Video race version: same race, but with onboard first and TV camera after.) 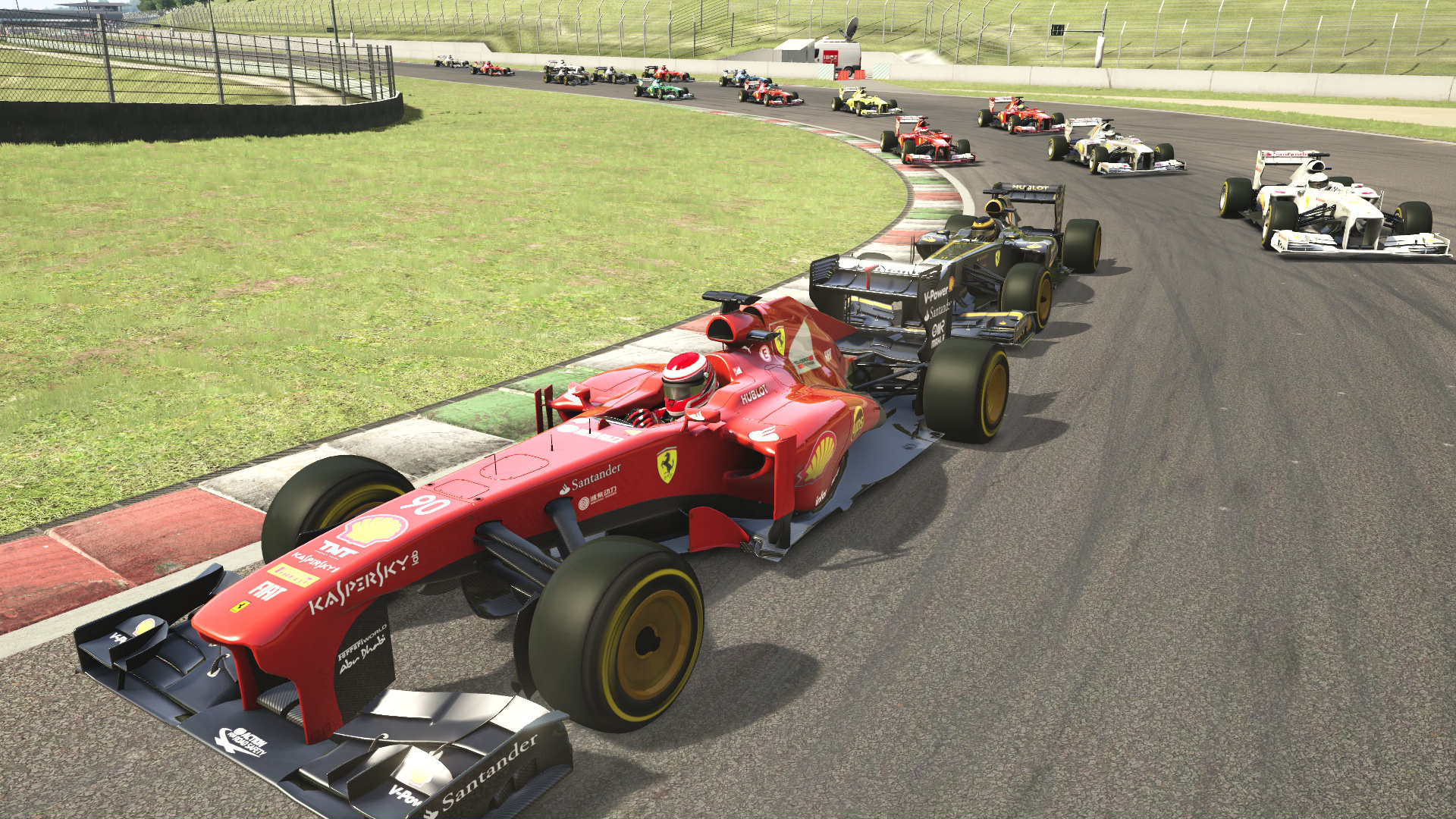 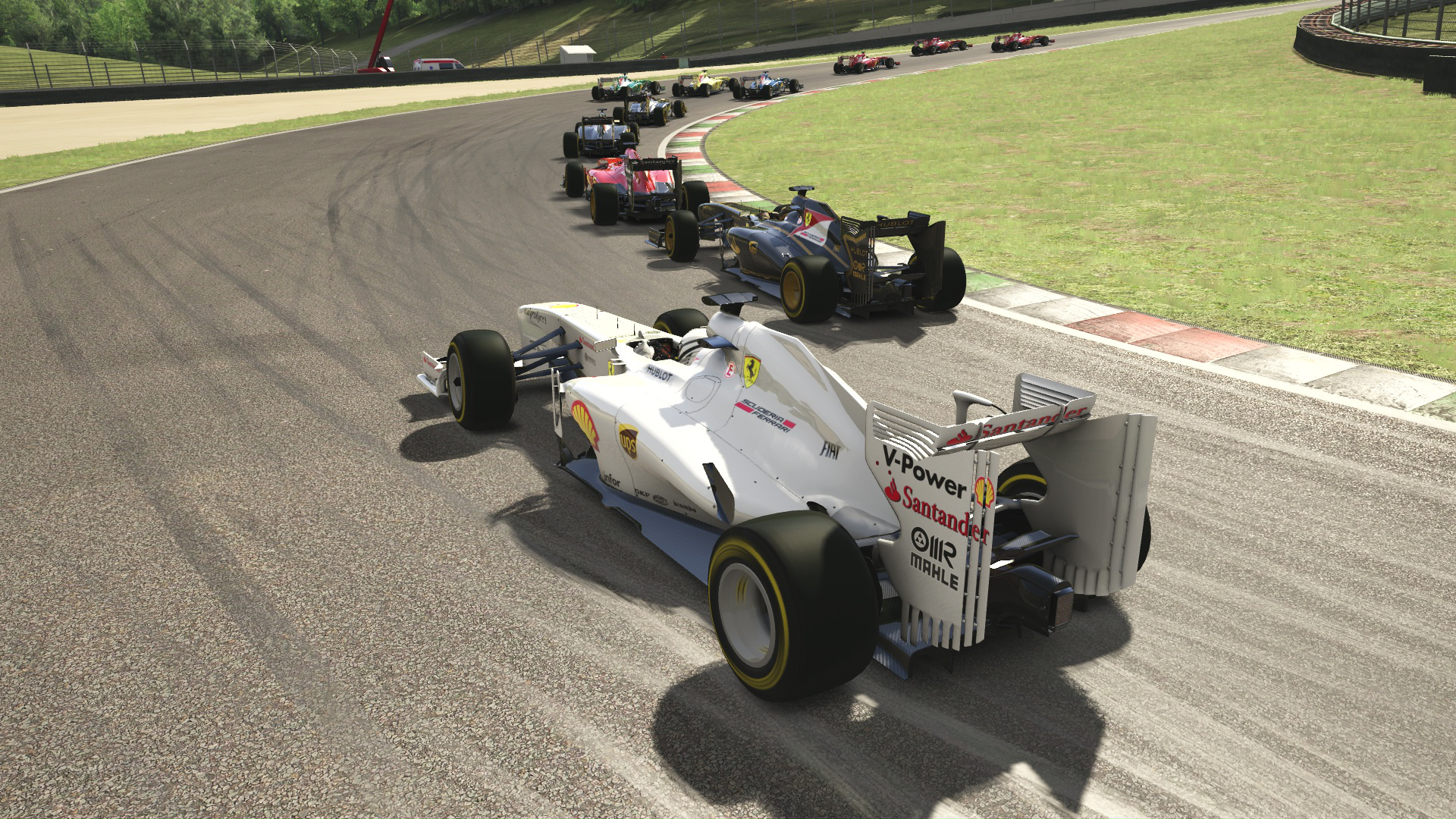 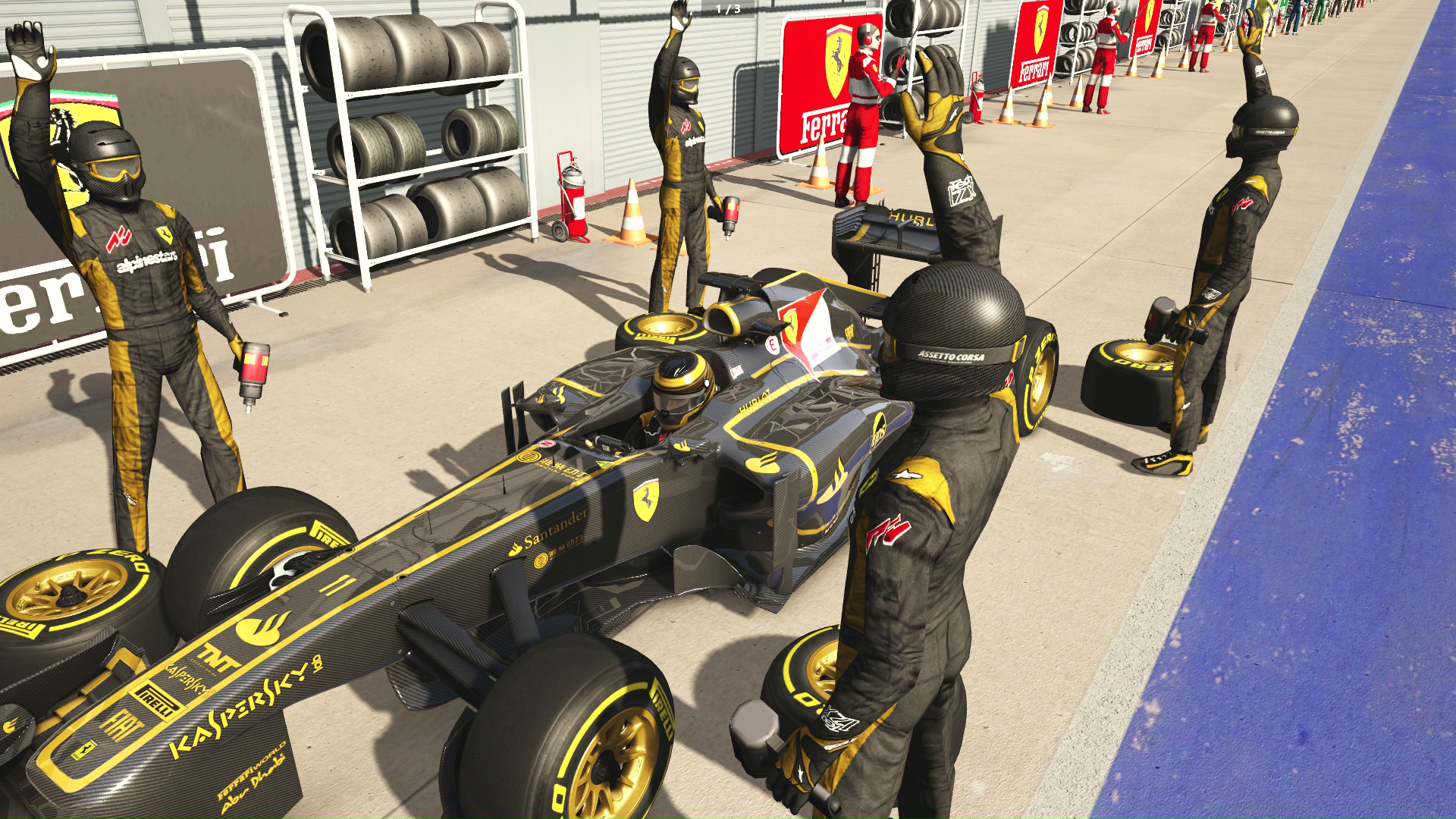 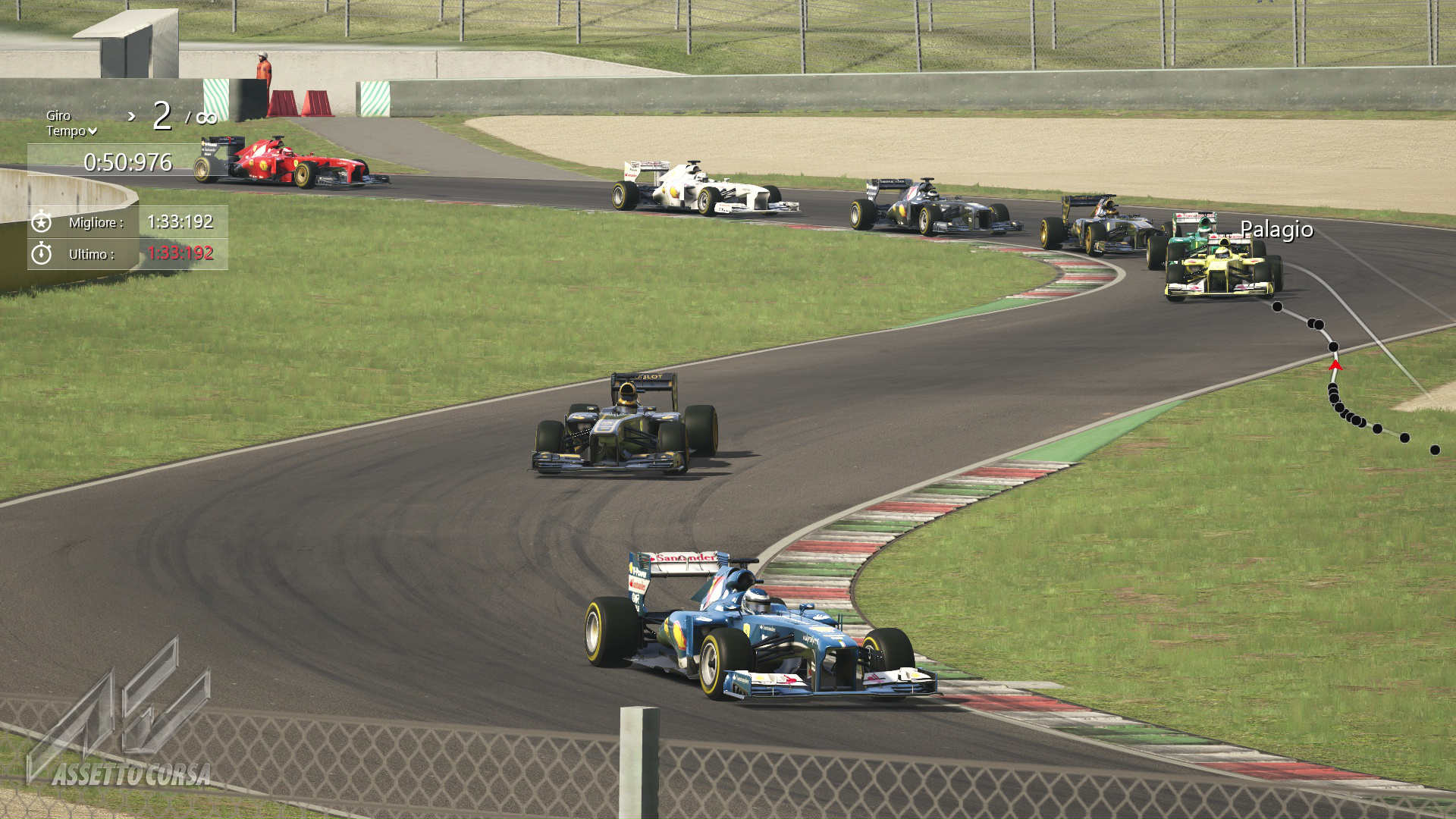 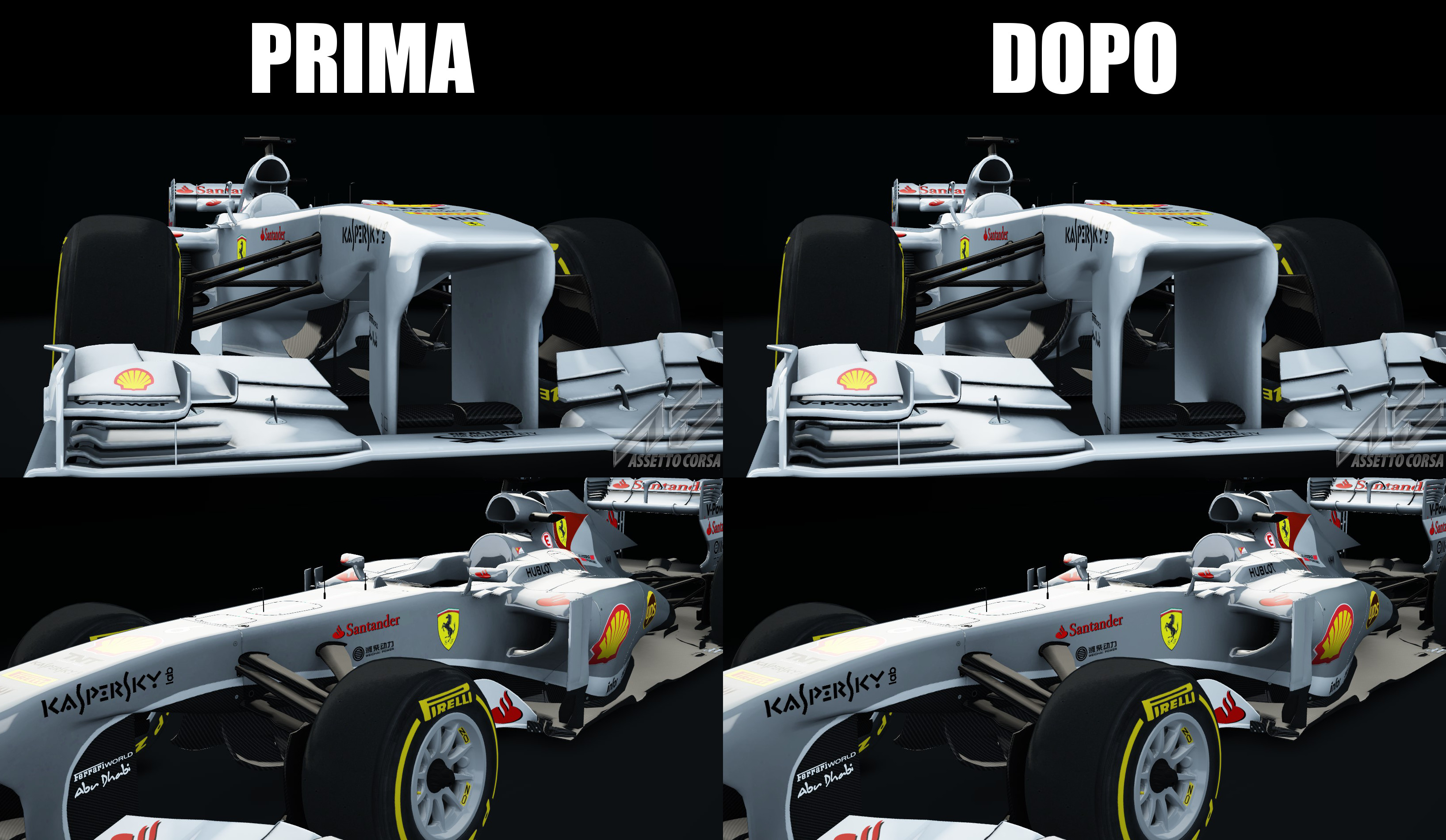 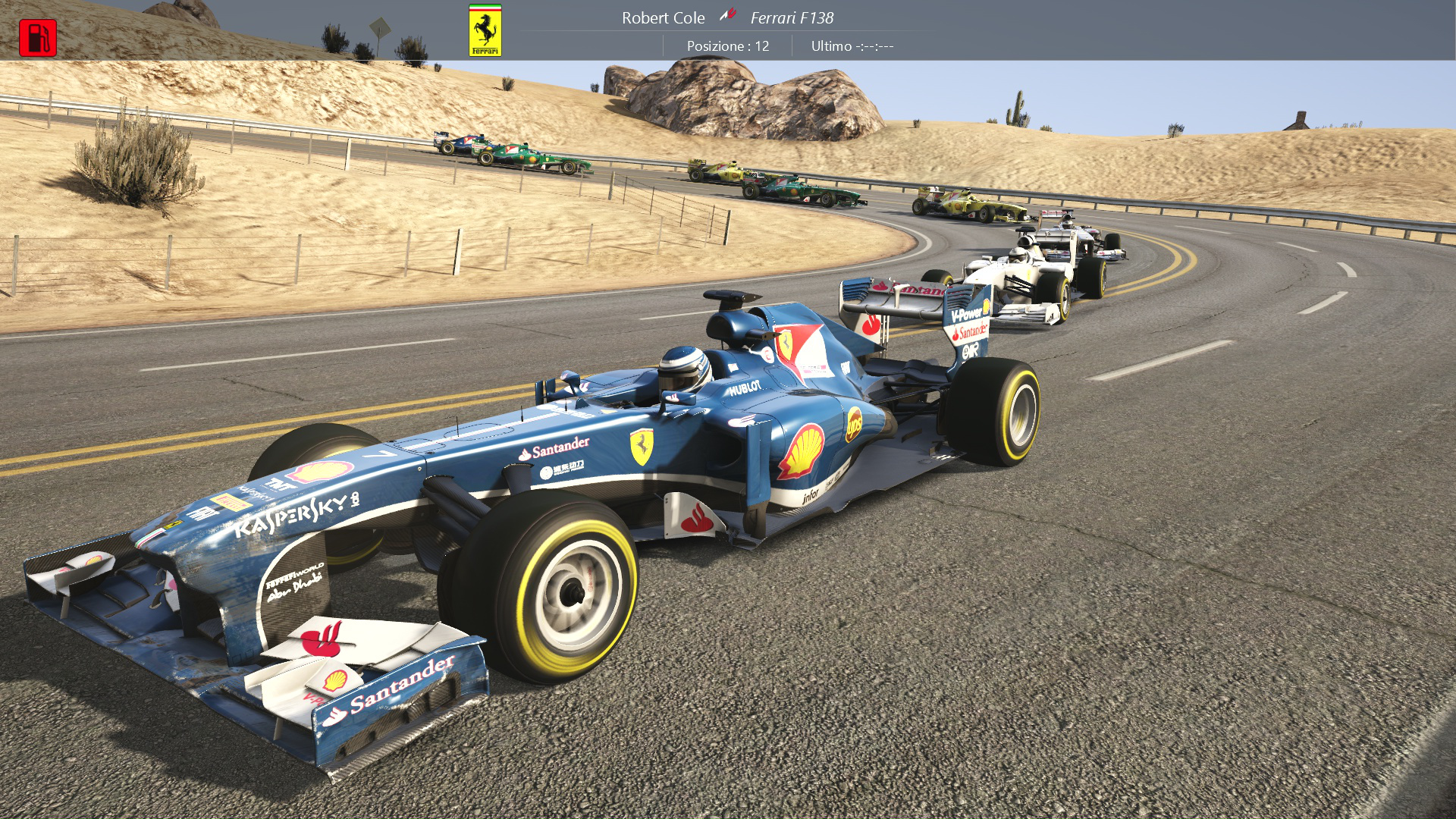 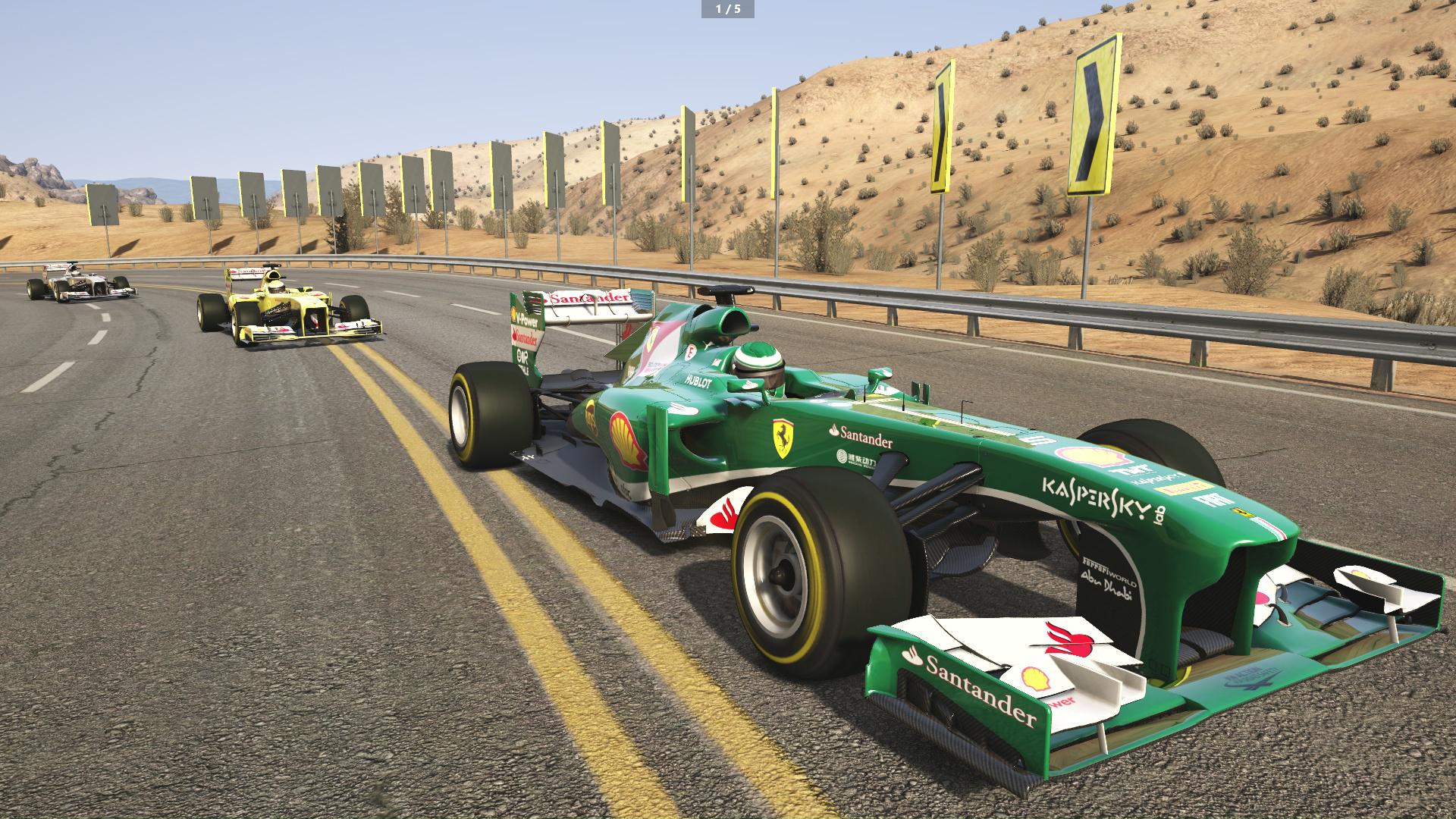 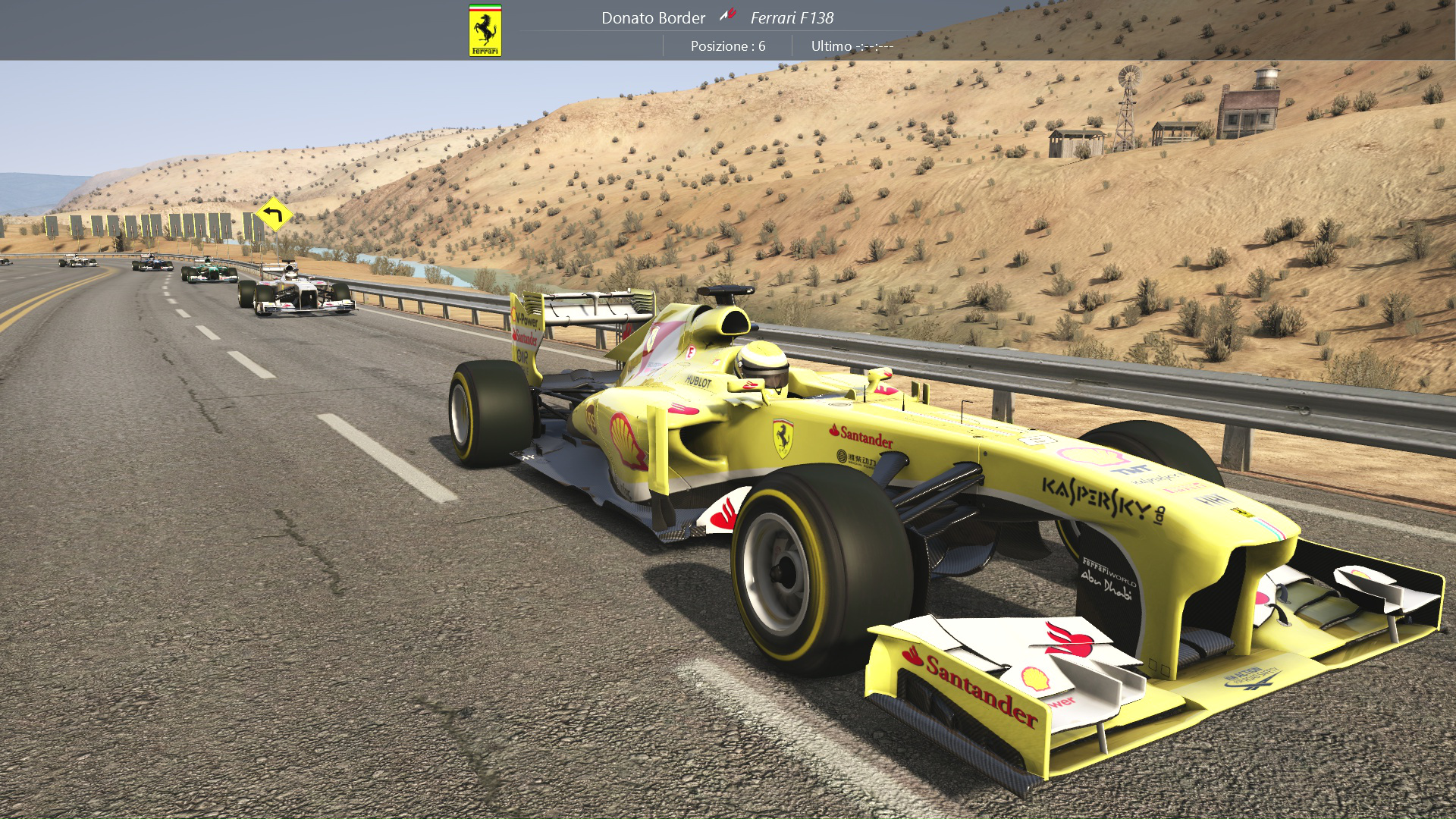 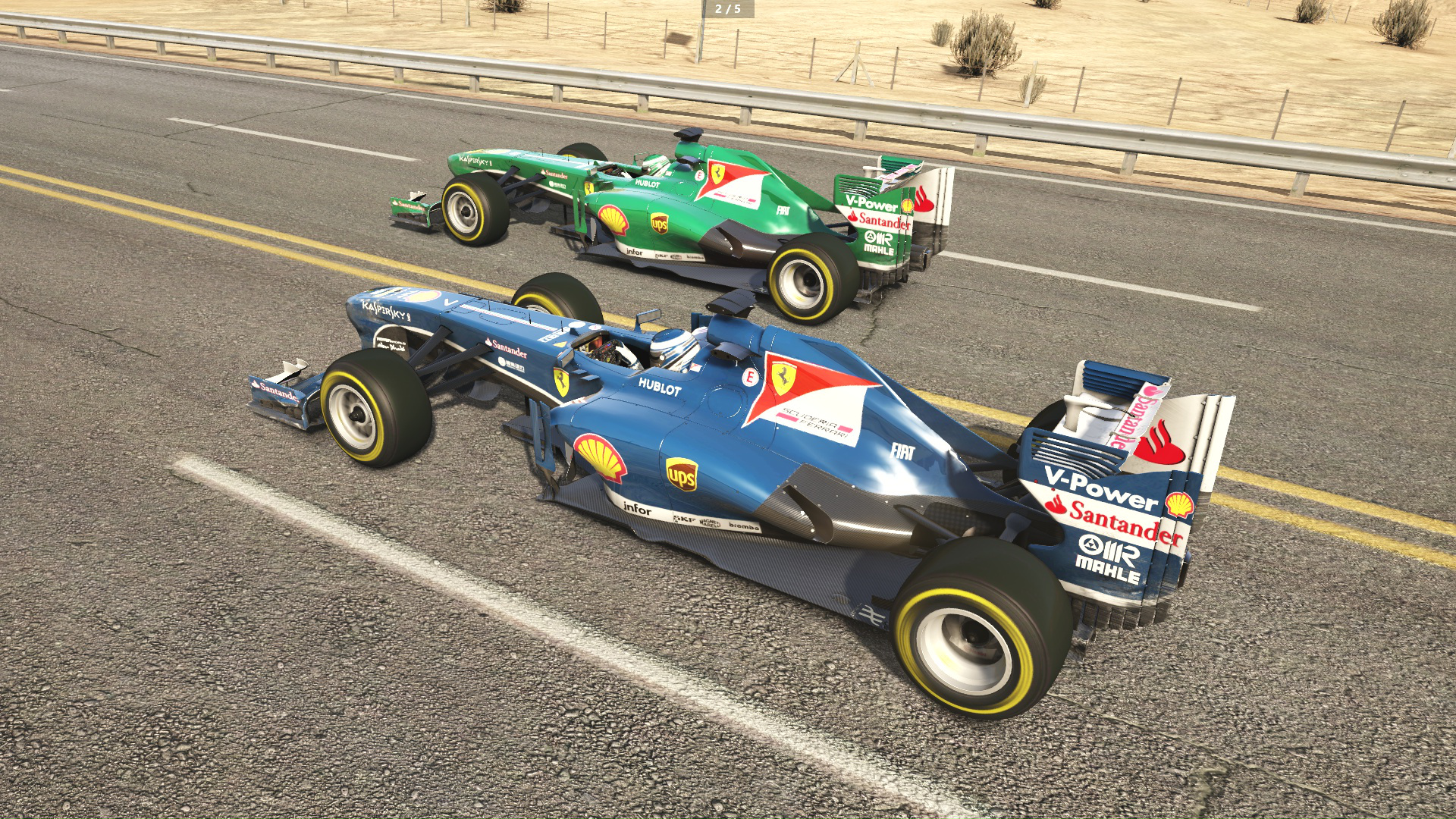 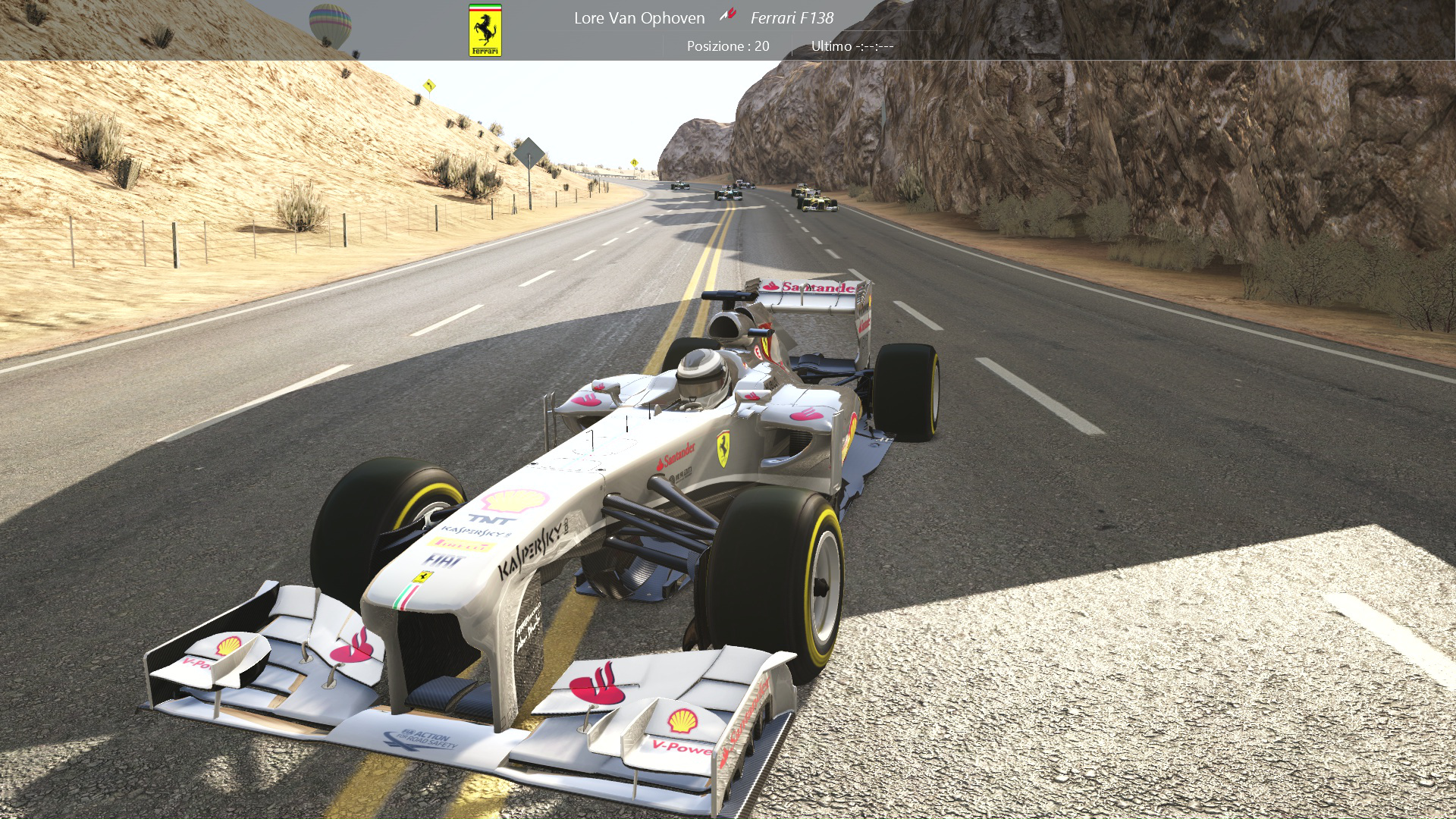 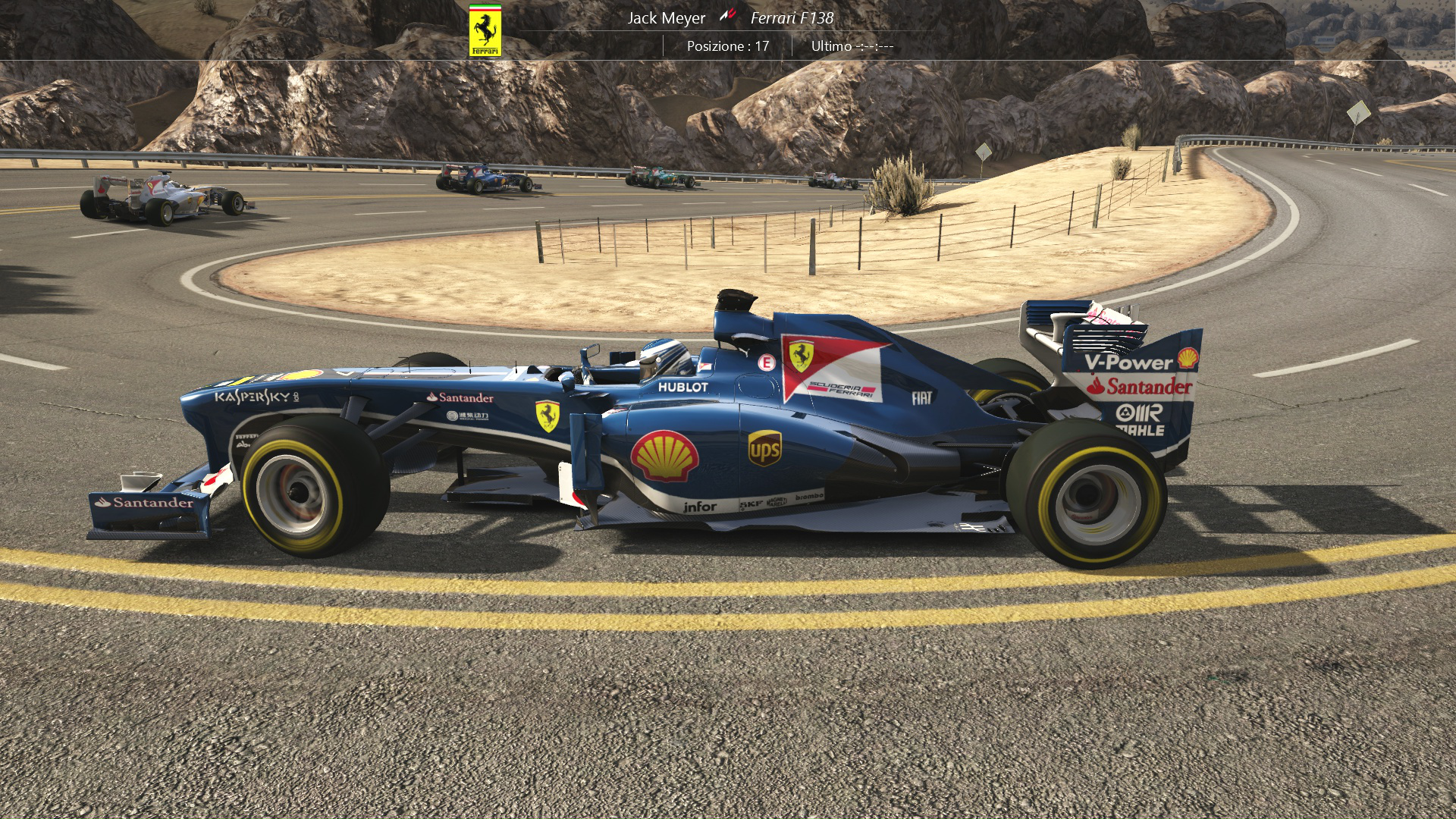 (Video for 1.0: it contains only first 4 original skins.)

Patcha
Thank you!
Upvote 0 Downvote
Thank you very much for sharing, Gracias

Patcha
You're welcome! And thank you for rating! ;)
Upvote 0 Downvote
love it !

Patcha
Thank you!
Upvote 0 Downvote
Great Job. Finally some skins for the F138