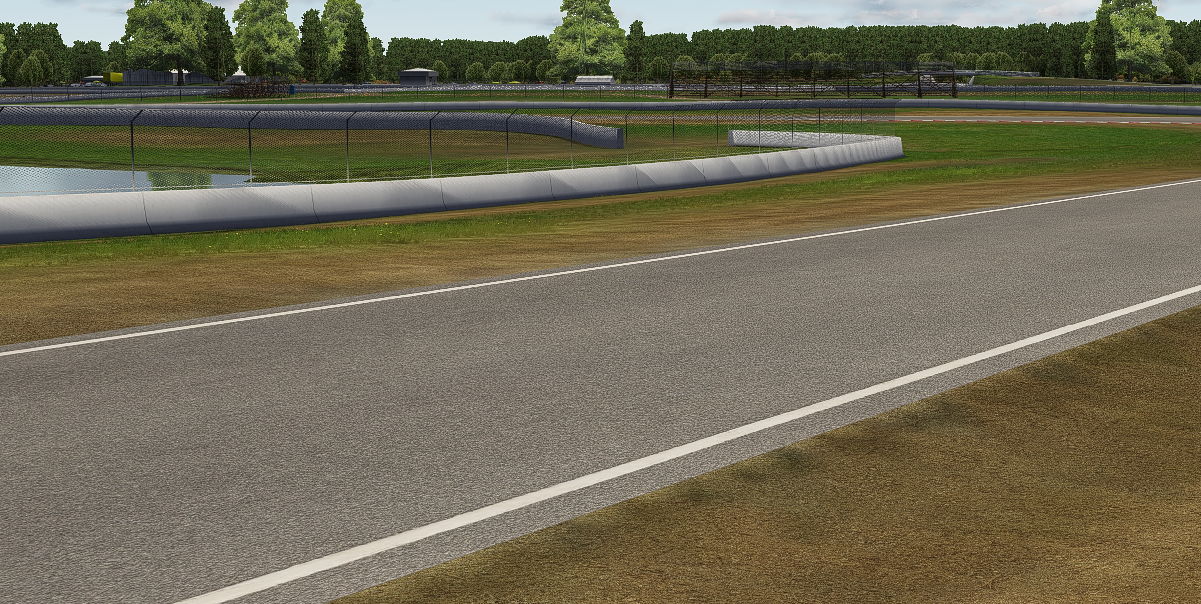 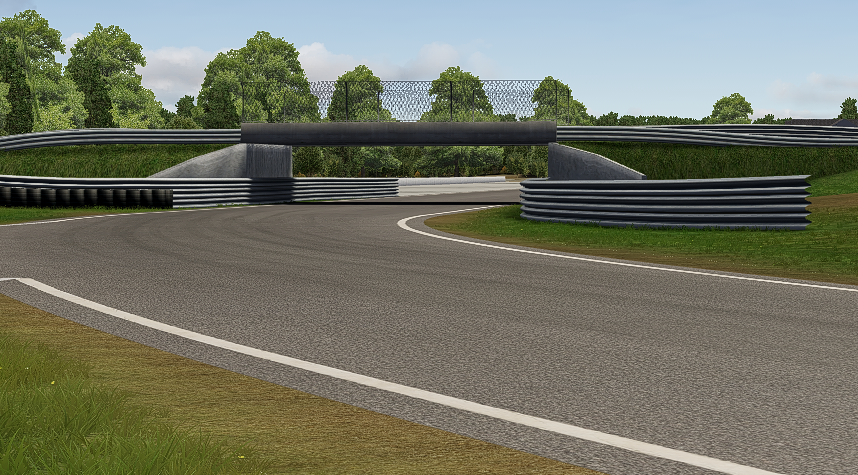 Feel free to convert this or do whatever you want with it.
Reactions: Voltaire, Beezer215, Jennex and 30 others

I have about 200 track-hours here in real life, it's my local circuit. In general, the layout is mostly correct and the circuit works as a 70-80% analogue. It's missing some detail work such as corner marshal stations and the revised pitlane, pitlane exit, and kerbing don't represent the 2018-2021 Improvements made for Trans Am. Final corner on the Donnybrooke layout is missing banking - it's significantly banked and you "Drop in" to the corner on a fast lap. Could use some touch ups and the flag station and start station outside of Turn 13 under the bridge on the following straightaway for the Comp layout with 24 pit slots would be nice..
Upvote 0 Downvote
Very well done. There are a couple of spots that need work. Turn 10 on Donnybrook is not banked like it should be. Turn 1 needs more banking too. The cones aren't really in the right spots either. But scaling and layout are spot on. Hopefully you see this; I would be more than happy to show you some of my laps in real life that would help you see the spots to change.
Upvote 0 Downvote
Thank you for this gorgeous 70 'Touringcar Track !! Fantastic job!
Upvote 0 Downvote
I love you. I worked hard on a prototype of this years ago. I had the track dialed in but lost motivation when it came to making it look more like a track and not a road in a field... thanks so much!
Upvote 0 Downvote
I've been wanting this track in AC for years, then I got sick of waiting for someone else to do it and decided to just make it myself. Less than a month after I start, this comes along. Thanks for saving me so much work! It's pretty good, a few inaccuracies here and there but it gets the feeling right. Great work!
Upvote 0 Downvote
I cannot express how excited I am for this.. as a local this should help me prep for the drift events they hold!
Upvote 0 Downvote
I've got more than a thousand laps around this place, thanks so much for creating it! Overall it's pretty good, there's a few spots that have more banking than represented but it still gives you a great idea of where the track goes. Thanks again!

GutBomb
Hey can you send me a PM here? I'd love to fix the banking and you seem like you'd be a great resource to help me get it right.
Upvote 4 Downvote
I got so excited when I saw this! I have spent many hours at B.I.R. and had some great times there!
Upvote 0 Downvote
Just ran a 10-lap U2L TransAm race circa 1971 on this track. Very nice.
Upvote 0 Downvote
Very nice track, especially enjoying the historic layout. The only negative aspect is that on the historic version of the track cars always hit the tires on the inside of the track resulting in any race over 5 laps in length having very few finishing cars.
Upvote 1 Downvote
Very nice track once again! Good to have you back (I read on GT Planet's AC-thread you felt you had your fill with track building), don't let yourself burn out again, AC Universe is a better place with your works.
Upvote 2 Downvote
Fun bunch of tracks GB. Wish I had some tracks like that around here. Instead I'm stuck with Laguna Seca and Sonoma.
Upvote 0 Downvote
Never heard of this track before, thank you for bringing it to Assetto Corsa.
Thank you also for the excellent work, this is top notch work, the surrounding is very convincing and the road mesh is second to none.
This VR VR user is very glad to be able to pretend to be there.
Upvote 0 Downvote
I've always wanted a track that was relatively close to where I live to be in AC. Now there is. Excellent work!
Upvote 0 Downvote
Read more…