Been playing Race 07 and have all its variants, play the game quite a lot and have noticed an issue while racing recently.

It happens mainly online, but also happened once offline whil I was playing as a test.

It is a sort of very random stutter or breakup as if the CPU seizes monentarily for a micro second, it is like lag if you like but utterly random.

The only thing that I have done recently is move house to a Virgin hub( from a bloody dongle so cant be that), this is faster so lag really shouldnt be an issue, this is why I think it might be something else.

It is like a performance thing, sort of break up when screen is loaded. Now this machine has performed fine for many years so that makes no sense, drievrs are up to date etc. And never has the issue before so why now?

Have tried all the usual blow the fans out, etc. Did that when I moved. Is the graphics card or CPU just worn out? Machine is Vista 32, 1.6ghz dual, run the game fine for years.

The sounds breaks up aswell, and occasionally I get a really bad break up as if something is trying to be sent or a MSN screen or reboot screen is coming up. Obviously I am an experienced gamer so know to turn all this off to avoid this, hence my query?

If it's a stutter, it's not related to your connection.

I don't think CPUs wear out, they either work, or don't work . My guess is the hard drive might be acting up, at least that was always the case with me.

Hey Rob. A year ago, I had the same problem. I have no idea what caused it. The only thing I know is, after an formating, the problem never occurred again. Not with Race 07 anyway. However, I have sometimes depending on the game, this seizes as well. I think there might be some hardware issues. But I'm not sure since it happens just in a few games for me.

However I have another issue instead now. Sometimes (this happens only with race 07 ) the game "ALT-TAb" itself to desktop. So far it has not occurred in any race, and it seems to be total random. I can sometimes play a whole day, and nothing will happen. Next day, during practice or something it occur out of thin air.

@Rob
Have you defragged your HD recently? If not, give it a try. A full defrag would be best, though you could try Game Booster which allows you to defrag specific games. Also, having VSync enabled causes micro-stutters for me, regardless of framerate.

@Daniel
Two thing to check. First, check the programs which are running in the background. Its possible that one of them is somehow stealing focus, causing the game to minimise. Second, how old is your keyboard? If your Windows key is faulty then it may be getting activated by bumps/vibration which, again, causes the game to minimise.

@Daniel
Two thing to check. First, check the programs which are running in the background. Its possible that one of them is somehow stealing focus, causing the game to minimise. Second, how old is your keyboard? If your Windows key is faulty then it may be getting activated by bumps/vibration which, again, causes the game to minimise.
Click to expand...

Often when I'm about to race, I shut down all programs I wont need and I know about. The ones that have my user name in the Task Manager. Nothing else I don't dare to touch. I'm not computer pro, just have casual knowledge.
My keyboard is not old at all. But every tip is welcome, so I'm gonna have something soft placed under the keyboard and see if it occurs.
R

Many thanks for advice, THe HD is nowhere near full and i keep well on top of uninstalling and installing programs. I also am very good at deleting old files etc.

I am not sure with Vista defrag. it runs, but is supposed to do it on a regualr basis. I run an Auslogics one too, that seems to work.

I reckon I will leave the main defrag running and see what happens afterwards.

Have also tried a few things like rying to get rid of software I dont use etc.

Just seems like lag, but youa re right it might be stutter, just strange that moving house meant it appeared hence why I thought internet. But I get great results on speedtest adn pingtest so surely not that.

Would having a better connection mean those with bad ones affect me more>?

Also please explain Vsync? Am not sure what that is? 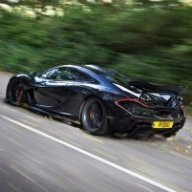 Vsync. If you enable it, your graphic card will send images in sync with monitor. Lets say your monitor is running on 75hz, then you get 75hz in your game. This option is good if you have very good pc and have very high framerate. Without it you see incomplete images beeing rewritten and this causes "tearing". But if your pc can handle less than your monitor, for example 75hz, then is better to disable vsync cause it can cause problems.

But you should always experiment with vsync in every game. Vsync on can cause mouse lag or sluggish performance. On the other hand, if it's everything ok, you can save some electricity and make your pc run cooler. I have very good framerate but I keep vsync off in gtr evolution.

And you can find this option in graphic setup menu in your game. You should also check your setup in graphics card drivers because if you have global options there, for example vsync on and anti alliasing 4x, it has no effect when you set something in your game.
R

Ok, have tried all the suggested things and can only conclude that earlier posters were right and the hard drive is buggered or perhaps the graphics card.

Its only 256 meg Nvidia, but used to run the game fine before moving to new house? I did clean the machine, dust it etc and removed the card from the socket to blow out dust? Also the monitor can be plugged into two sockets> surely not the issue?

Might need to upgrade perhaps, especially as I bought Fallout Vegas and have to play that on low low low!!

I guess its possible that your graphics card has become defective due to age, the move, or you cleaning it. Seems a bit odd to me though. The only time I've had a card 'slow down' is when it was overheating, and the clocks were automatically lowered to cool it down. If you've recently cleaned your rig out and all the fans are working, that shouldn't be a problem.

An upgrade couldn't hurt though, if you have the cash. Even 512mb of vRAM is beginning to be considered a bit low these days, so 256mb is definitely upgrade territory. Depends how many current-gen games you play I suppose.