Staff
Premium
In a huge blow for the upcoming 2020/21 Hypercar WEC regulations, Aston Martin have confirmed their Valkyrie project has been 'postponed' ahead of the manufacturers planned debut in September's opening WEC round at Silverstone.

Initially announcing their intention to race in the new for 2020/21 Hypercar regulations alongside rivals Toyota and Peugeot, it looks like things have changed at the British Aston Martin outfit, with development of the race going version of the incredible Valkyrie car put on hold as the manufacturer assesses how the top tier of endurance racing takes shape in the coming months and years ahead.


“With such momentous change taking place in sportscar racing, the decision to pause our entry into the WEC Hypercar class gives us the time and breathing space to calmly assess the status of the top level of the sport, and our place within it,” said Aston Martin Vice President and Chief Special Operations Officer and President of Aston Martin Racing, David King.​
“Competing against our closest rivals on the road in GT racing makes perfect sense. Vantage is winning in some of the most fiercely contested sportscar classes in global motorsport, and long may this continue.”​
​
The withdrawal of Aston Martin from the new category is a blow for the FIA and ACO as they look to relaunch the WEC as a top level international endurance racing championship, and leaves just Toyota and Peugeot as confirmed entries for the new category - although both ByKolles and Glickenhaus have stated their intention to develop new machinery for the category, once it begins at the Silverstone 12 Hours this coming September.

With WEC recently announcing a convergence with the predominantly American DPi regulations for next season, the opportunity for manufacturers to bring forward models currently racing in the IMSA series still exists, and the sports key figures were quick to pour cold water on talk that the new regulations are in danger of being killed off before the series has even taken to the circuit for the first time;


“While it is disappointing that a manufacturer that faces difficult times has to re-evaluate its commitment, I remain confident that the Hypercar platform is the right, long-term solution for the FIA World Endurance Championship. The category, with its aggressive style, is a very attractive proposition at the same time maintaining excellent cost to competitiveness ratio.​
“Several big and famous automotive manufacturers are evaluating their involvement while the FIA, together with the ACO, are very much committed to building a strong foundation for the new top class in the FIA WEC. With a consistent strategy in place, we are looking forward to this new, exciting era of sports car racing.”​
Pierre Fillon, President of the ACO:


"Aston Martin recently informed us of this new development in its Valkyrie Le Mans Hypercar project. We can only take note of this and await a favourable outcome.​
​
“For a few months now, we have all been aware of the economic difficulties of Aston Martin, and the subsequent questions raised about its future motorsport programmes, namely endurance racing and F1, as well as its strategic path forward. Contextual developments linked to economic and industrial parameters can always occur for a manufacturer during the implementation of projects.​
​
“As far as the next top category of competition, Le Mans Hypercar, is concerned, we continue to believe and remain utterly convinced that a manufacturer has its rightful place there, in all its best interests.​
​
“To run at the 24 Hours of Le Mans and in the FIA World Endurance Championship, at this level of technology and budget, is an undeniable opportunity for a manufacturer to demonstrate its competitiveness. This covers a whole range of fields: technical, efficiency, improved fuel consumption, sustainable mobility.​
​
“The ACO/IMSA convergence does not impact this category, and the next elements on the technical details of that common platform, to be given at Sebring in mid-March, will confirm that.​
​
“We hope that this transitory pause in Aston Martin's Valkyrie development with Multimatic will come to a quick and positive conclusion." ​
Gérard Neveu, CEO of the FIA WEC:


"This is not good news for the WEC in the short term, but it doesn’t change our mid and long-term plans. We still have Toyota and Peugeot plus other entrants who have expressed an interest for Le Mans Hypercar and, with the arrival of LMDh, we will welcome many new manufacturers. Of course, it would be better if Aston Martin was present as well, but it’s important that we have as wide a range of manufacturers as possible and that is the strategic plan we are working on for the future.” ​

Want to know more about the world of motorsport? Start a thread in the Motorsport sub forum here at RaceDepartment and get engaged with your racing community! 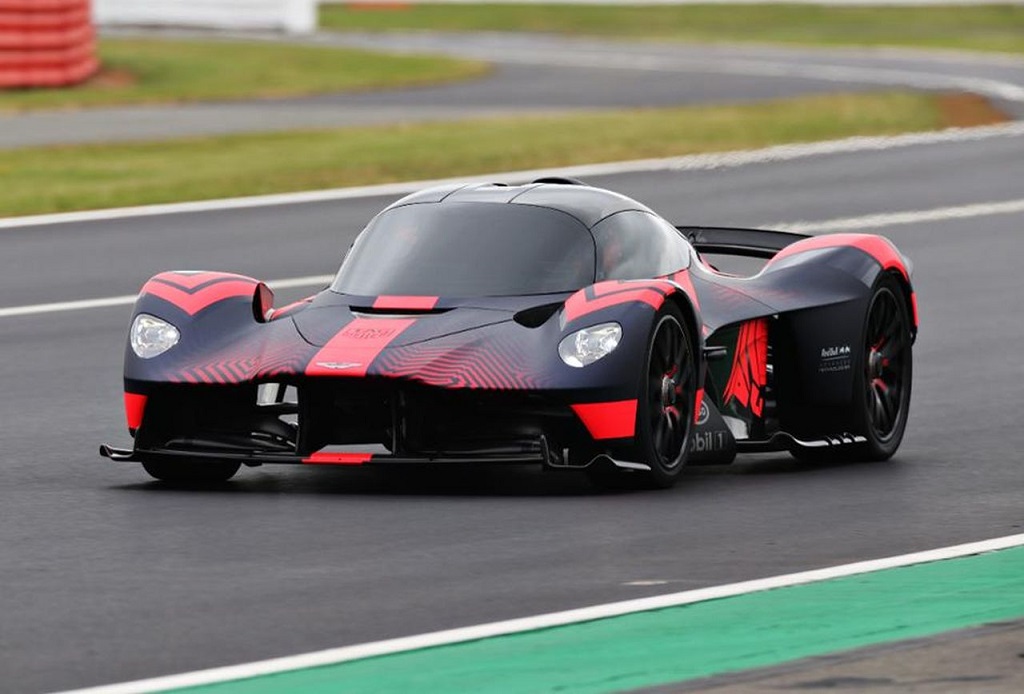 It's safe to say WEC is dead now.
C

could this be to focus on a full time f1 team in the near future?

When after the lost count how many rulechange we are now left with 3 cars in the main category (whatever that category is called these days), we're back to the times Group C was working too well, so they changed it to WSC and in 2 years endurance was on life support.

Premium
The 'Hypercar' category isn't very attractive for any but the major manufacturers and was never going to work.
Typical AM 'on again - off again approach'.

It isn't. DPi2.0 is there exactly to save it. The problem is that ACO didn't listen to logic, Rebellion and the fans saying to go with DPi from the begining, this whole situation would have been avoided.
Funny enough Sports Cars 365 made an opinion article showing how Aston joining hypercar was the trigger for ACO to go with it and now they are out.
There are plenty of manufacturers interested in DPi now, Oreca alone is in talks with 5 so I think the future is bright for those. In the end I think only Glickenhaus will be left in LMH which could end up being canceled (the class) if Toyota decides to leave too since WEC CEO showed no respect for Glickenhaus yesterday, the irony is that they were the first to join hypercar
Last edited: Feb 20, 2020

The backbone of Endurance racing has always been the privateers.Why Toyota needs to spend $200 million plus to beat a few privateers is baffling & the current series top class is a joke.It is like using BOP to balance Ferrari to the old Minardi.
For now the LMP2 cars need to be upgraded to be 2-5 seconds faster,open up the engines & run them with DPI for a few years until DPH & hypercar comes along.

Jonny Austin said:
The backbone of Endurance racing has always been the privateers
Click to expand...

Amen, and also in this case the road towards the solution.
K

loooooool so manufacturers cried during months and months for hypercar to abandon it before its debut for cheaper LMDh... only to complain that you can't bring your own chassis in LMDh (cf. Ferrari)

wombat999 said:
The 'Hypercar' category isn't very attractive for any but the major manufacturers and was never going to work.
Typical AM 'on again - off again approach'.
Click to expand...

I don't know about that a lot of hyper cars come from low volume producers. All the major manufacturers care about is selling cheap cars to as many people as possible. They may have the money but they don't like spending it, and they know most customers don't really care about performance if the car looks the part.

RIP non electric motorsports. To me Hypercars class seemed like the only interesting stuff that could have happened in modern motorsports. The track was lost and it seems like the end of the road is near.

I understand why they are postponing this now its just because they want more development time and dont wanna pull a Mastercard Lola incident, anyone seen the Aiden Millward episode called "Gone in 60 Seconds" will understand why and I think they wanna get F1 sorted out firstly before going full banzai on the WEC series so I respect them for that

GTE will be there and thriving, LMP2 as well probably, so it's really only the top class which would be dead.

as in "Armageddon" being the final battle before the world ends, just trying to be funny, probably wasn't


edit: and only now do I find out there was also a video game called "Carmageddon". Never heard about it before, ooops.

CASTRO98 said:
could this be to focus on a full time f1 team in the near future?
Click to expand...

Alexandre said:
I think so. To me, the top category of WEC should be the GT1, like in the '90s.
Click to expand...

Yeah I saw bring it back to GT3, GT2 and GT1.
You must log in or register to reply here.