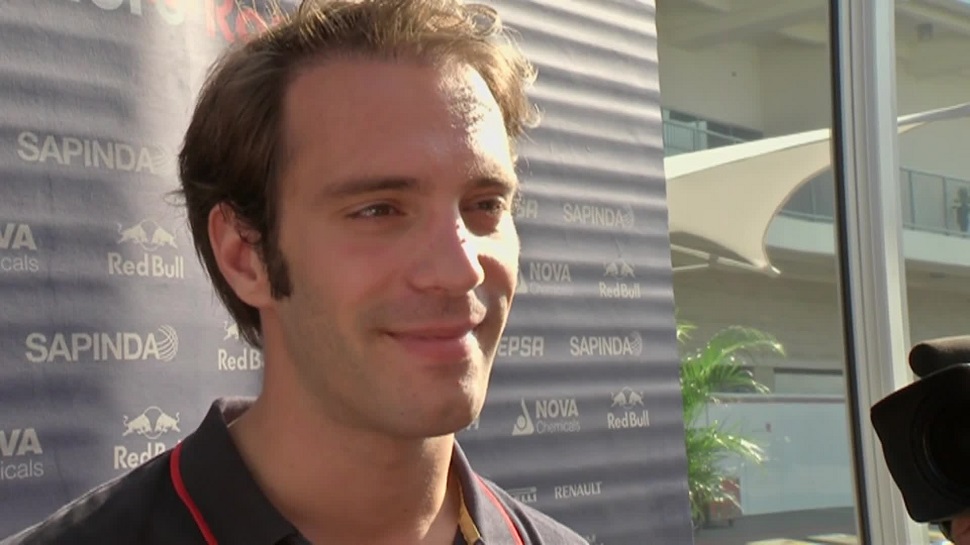 After being replaced at Red Bull junior team Scuderia Toro Rosso for this year, Jean Eric Vergne joined Ferrari as a development driver, although he's admitted he has his sights set on moving up to a race seat with the team for 2016 as speculation mounts as to Kimi Raikkonen's future with the team.

After being dropped from the Red Bull young driver set up Vergne salvaged a Ferrari development role this year, which will mostly include simulator work whilst former rival and Sauber driver Esteban Gutierrez fills the third/reserve driver role for the team this year.

Despite only having a development driver role for the team this year, Vergne has stated publicly to Italian newspaper La Gazzetta dello Sport that he intends to fight for a race drive with Ferrari next year, as it seems at this moment that Kimi Raikkonen will retire at the end of this year. Vergne stated "I know I gave my best and that's why I have no regrets, and now I'm at Ferrari which is also a great opportunity for 2016. If I was not able to race this year, I think what I have is better than being at Caterham or Marussia and always being last."

Vergne is clearly looking to impress this year at Ferrari, and with Kimi Raikkonen seemingly going to retire at the end of the year a seat could well be up for grabs at Ferrari in 2016. With a year's experience within Ferrari he would likely have to fight off the likes of Esteban Gutierrez and outsiders such as Nico Hulkenberg or Romain Grosjean to become a Ferrari F1 driver for 2016.

What are your thoughts on Vergne's comments? Please feel free to comment below.

To be fair and realistic, unless he has the charm of a proper casanova, I don't see this making ANY difference to him getting a race seat or not with Ferrari for 2016. Both Hulkenberg and Grosjean have been in F1 longer than Vergne and have race drives with Lotus Renault and Force India respectively for this season. I don't care how fast he is. Being a year out of racing and getting into a test role at a team means racecraft gets rusty, as well as the fact that he won't be driving the real car, only the simulation. Which, I know, many will hate me for saying this on RD, but the truth is, it's not all about the simulator. It's more of a combination of both but at his level, he shouldn't need any additional driver training if he's in F1. If the 2015 Ferrari's handling is depicted perfectly in the simulation, it might give him the space to adapt to how to maximise it's advantages but other than that, I don't really see any point to becoming a test driver.

You only have to look at drivers like DLR or Salo. While they both previously came out of test roles to fill for injured race drivers, they never broke free from the "test driver" role and remained there. The only case I can think of where a test driver becomes a race driver is in the case of a young and upcoming driver that hasn't been in F1 before and is trying to get into it gradually. But Vergne has raced before, even if it was for a little bit (ehem... Gene).

All in all, it's nice to be part of the scuderia but if he's looking for more than a test role, I don't think it's the best move but we'll wait and see I guess.

Let him dream, Ferrari will be suicidal not give the seat to Hulkenberg.

Ferrari made so much bad decisions in the recent years so I wouldn't be suprised if even Max Chilton gets a race seat.

Vergne is a good and a clever driver, so he will be efficient in the simulator in order to improve the 2015 car, and certainly for the next car in 2016.

In Formula E, he must show himself in his best light, because for the moment it is just in this championship he can do that and not in a simulator. I hope he didn't miss very good opportunity for the 2015 season, because if he is not in F1 in 2016 ... it will be difficult for him - psychologically. But I think he will always have the possibility to start over in another championship.
You must log in or register to reply here.

D
Misc High up (not quite Helicopter height....) Camera for Ferrari cars

Would you follow F1 races Online, or even compete in GP's