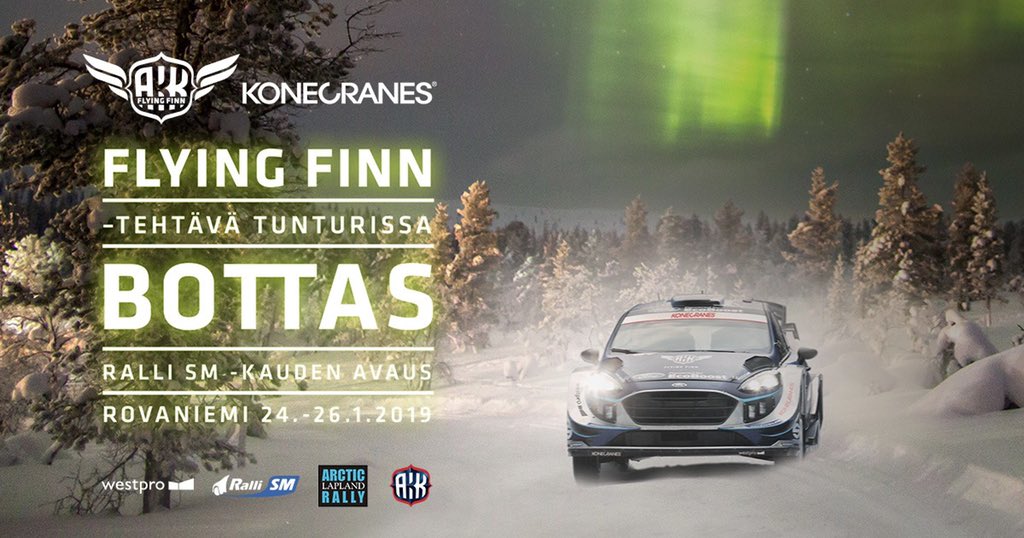 Mercedes' driver Valtteri Bottas will add his name to a long list of accomplished Finnish stars to have taken part in the Arctic Lapland Rally this coming January.

Bottas, fresh off the back of a very difficult season with the dominant Mercedes outfit in Grand Prix racing, will make his rally debut behind the wheel of a WRC specification Ford Focus WRC on the January 24-26 Artic Lapland rally, taking over the controls of a top level rally car very similar in specification to that of reigning WRC champion and current dominant rally driver Sebastien Ogier.

Bottas was understandably pleased to get his 2019 racing season off to an early start in January, even if the choice of car is a little different than his usual mount:


“This is a unique opportunity to take a peek into the world of rallying, and I would like to thank everyone who has made it possible,” said Bottas.​
“It’s totally new territory for me too, as I have no prior experience of a World Rally Car. Still, being the race car driver that I am, you always go flat out whatever the vehicle you’re driving in.”​
With little in the way of experience behind the wheel in WRC style machinery, Bottas has been teamed up with the vastly experienced Timo Rautiainen, World Champion co-driver to the legendary Marcus Gronholm during the dominant years of the Finnish driver in the early 2000's.

Premium
Silly you ask me , look what happened before and don't say it can't happen again

Durge Driven said:
Silly you ask me , look what happened before and don't say it can't happen again
Click to expand...

There are no guard rails in Finland.

Staff
Premium
I don't have any issue with drivers going and doing other stuff outside of their F1 commitments. He must have Merc's blessing to do it and they of course have Ocon on speed-dial.

Allowing your wife to ride your neighbor's stallions, so you can call number two on speed dial?

Wow so much negativity, maybe he will do fine...
Good for him, I want to see how it goes
I

More importantly, Sebastian Loeb is back!
You must log in or register to reply here.