Ok guys so I got hit hard by the sim racing game and addicted, I initially purchased a whole fanetec setup with inverted pedals and v2.5 base with shifter and hand brake, I also put it all on a Rseat N1 chassis and added a NLR motion V3. Welllllll I'm addicted and want to up the game significantly and sell my current setup (in the USA California to be exact) and move into a OSW with high end pedals and shifter alon with a precision sim engineering wheel.

With all this said the main reason I'm going away from he N1 chassis is I want a lower seating position and move over to a 80/20 rig. I really don't want to source everything out and build my own as I really don't have time for it. So I am looking at a prebuilt setup.

Current thoughts:
Sim Lab P1 but not sold on it
JCL V2, really lie the seating position but not sure about the wheel mount portion.

Does anyone have ideas of other great rigs that are setup great.

Also:
pedals I was leaning towards the HPP 3p PRX-se unless people think their is a cheaper yet better option.
K

Rig wise check 4play racing on eBay. They have a good selection.

It's hard to go wrong with the Sim Lab P1 chassis. You can save money if you want to order everything yourself, but it is a nice kit and I don't know anyone who has regretted buying one.

The HPP brakes are a bit of a question mark. There are many complaints about them on the Internet from people who had hydraulic fluid leaks and issues with the brake sticking the first time you hit it after a long straight away or after the pedals have sat for a while. The support is non-existent. You can send them back for a refund, but there is no help available. It least that is from what I've read. They are beautiful looking pedals that I also considered.

I finally went with the Heusinkveld Sprints which are less expensive extremely adjustable and very well supported. I looked at the Ultimates first, but everything I read about the Sprints suggested that unless you wanted extreme brake pressure, they were the pedals to get. They've been in a continual state of sold out since they were released in December.

I've also ordered the Heusinkveld Handbrake with loadcell sensor. My Fanatec handbrake feels flimsy and I've had issues with the potentiometer and transducers causing it to misfire.

To be honest haven’t made up my mind on the pedals just want a pedal with a realistic feel. As for shifters I am really in love with the sim Worx super car shifter... it just looks amazing will place it high up next to the steering wheel and is just amazing looking ( o wait did I already say that hahahaha ) 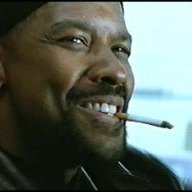 I have the JCL and i really wish i would have gone with the simlabs. i also have a nlr v3 and mounting it to the jcl makes me sit very high. atleast with the simlabs you can make the angle brackets like most of these guys on this forum have made and drop it down further.

TheSMPC said:
I have the JCL and i really wish i would have gone with the simlabs. i also have a nlr v3 and mounting it to the jcl makes me sit very high. atleast with the simlabs you can make the angle brackets like most of these guys on this forum have made and drop it down further.
Click to expand...

I did exactly that. Here is my build thread.

I was going to run the low seat mount kit on the jcl to help lower the NLR motion. Looking at the two as they come it looks like the jcl has a lower seat height aka high foot pedal base compared to the bottom of the seat of that makes sense
S

Out of curiosity, why do you like the JCL over the P1 ?
S

I am really leaning towards the SRC-pro. Just found them today and looks very nice and sturdy and has a lot of adjustment for pedal and steering height

The SRC-pro looks pretty good. I like the fact that the end caps screw into place. The adjust-ability is definitely there. I still think the Sim-Lab P1 is a bit more polished, but it is pretty well personal preference at this point.

It's all 8020 so you can easily modify either of them as much as you want after the purchase. 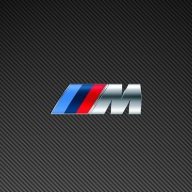 Its unlikely that you will get one pre made as they usually come in a pack form.
That being the case, why not design your own and order the bits yourself?
That's what I did.
https://www.racedepartment.com/threads/just-built-an-aluminium-rig.166444/
You must log in or register to reply here.
Share:
Facebook Twitter Reddit Pinterest Tumblr WhatsApp telegram Email Link
88 comments
Community Question | Slow vs Fast
53 comments
First Look | GT Omega PRIME Aluminium Profile Cockpit
155 comments
Community Question | Who Here Uses A Dedicated 'Sim Rig'?
79 comments
Assetto Corsa Competizione | Hotfix 1.6.1 Deployed