I'm hoping for some advice about optimising my AC graphics details. I am trying to address noticeable bluring of the track texture, like the LOD falls away too quickly - see in the screenshot there is more detail in the backdrop than the road just before the rise. 8->16x AF helps a bit, but its expensive and does not fully address the issue. The issue is rather pronounced on LA canyons and Black Cat County in the drivers seat perspective even with 16xAF. i'm after tips on whether there are other tricks to address this. It's like we need a way to tune at what distance the next LOD kicks in beyond a certain distance. Adjusting the MIP LOD bias setting in CSP is too heavy handed as it effects all distances, so you cause texture shimmering issues up close and it's also very hard on your frame rate.

Seems to be working as for now.

(Stripes are still there, just not that pronounced, as long as I have stable 60 fps without stuttering I will live with it).

Phoenix77 said:
@Assiduous It's definitely not just you, but from the numbers... It's reasonably rare!

This page gives some information on Anisotropic (texture) filtering

Basically the screen image is built up from the pixels in the texture, using pixels from the Mips as the distance increases. (dependent on the angle)

You will need x16 AF, and Tril-linear to get crisp lines... The issue is obviously more prominent because of the centrelines, not present on a race track.

From your screenshot... It looks like your GPU is using x4 AF... or at the distance of the blur, is only using 1 or 2 Mips. At a rough guess, somewhere between those green lines is where Mip 1 or 2 is being used to build the image. so, to me, it looks like it's using some level of the Mips.
View attachment 414765
Just a few random ideas, do you have a global/program specific preset applied in your Graphics Card control panel... Forcing, for example a certain AF level? or High Performance, which may be using Bi-linear filtering, instead of Tri-linear (Basically as @Johnr777 said) over which AF is being applied?

Have you tried reseting your video settings in CM back to default? In case you've changed something somewhere, causing the issue, or making it more pronounced.
(Make a profile beforehand to keep your current settings to back track)

Probably a last resort option, as this will probably lose game settings / Skins / Apps / Mods etc...
Verify Integrity of Game Files in Steam - Replacing/repairing any files that Content Manager/CSP may have changed, or in case a file has gone corrupt and isn't getting used or used incorrectly.
I really doubt this will help things, but you never know, some real funky things can happen!

Other than this, I have no idea... Hope you figure out what it is!
Click to expand...

Thanks a lot @Phoenix77

I did exacly what you suggest here, i went to my Nvidia control panel and changed the Anisotropic filter settings forcing it 16x, i´ve also changed the Texture Filtering -Quality setting to High Quality and it work for me, solving all track blurryness problems i had, including LA Canyons
Upvote 0 Downvote
A

Thanks @Phoenix77 and @Rogério Morais . I'm on an AMD R9 270 2GB, I forced high quality texture filtering but can't see any improvement (except for a reduction in FPS). I can detect no difference between forcing 16x AF via content manager or Radeon Settings. 16x AF does reduce & push the blurriness further away vs 8x, but as you can see below even with 16xAF the road lines degenerate into a blurred smudge not far past the start/finish line, and stop dead about where the other cars are visible. I would add Longford 67 and Transfargarasan 0.9.5.1 to the list of tracks that exhibit noticeable blurring. It's definitely not all tracks. I've looked closely at the road markings at Monza 67, Highlands, Fonteny, Feldberg, Deutschlandring and the difference is night and day to LAC and black cat county - something unique seems to be going on here - perhaps nvidia's drivers do a better job with the right settings and perhaps the stretching of textures across the 4 lanes exposes this. I wouldn't mind hearing from another AMD GPU user who compares my screenshot below with their experience. 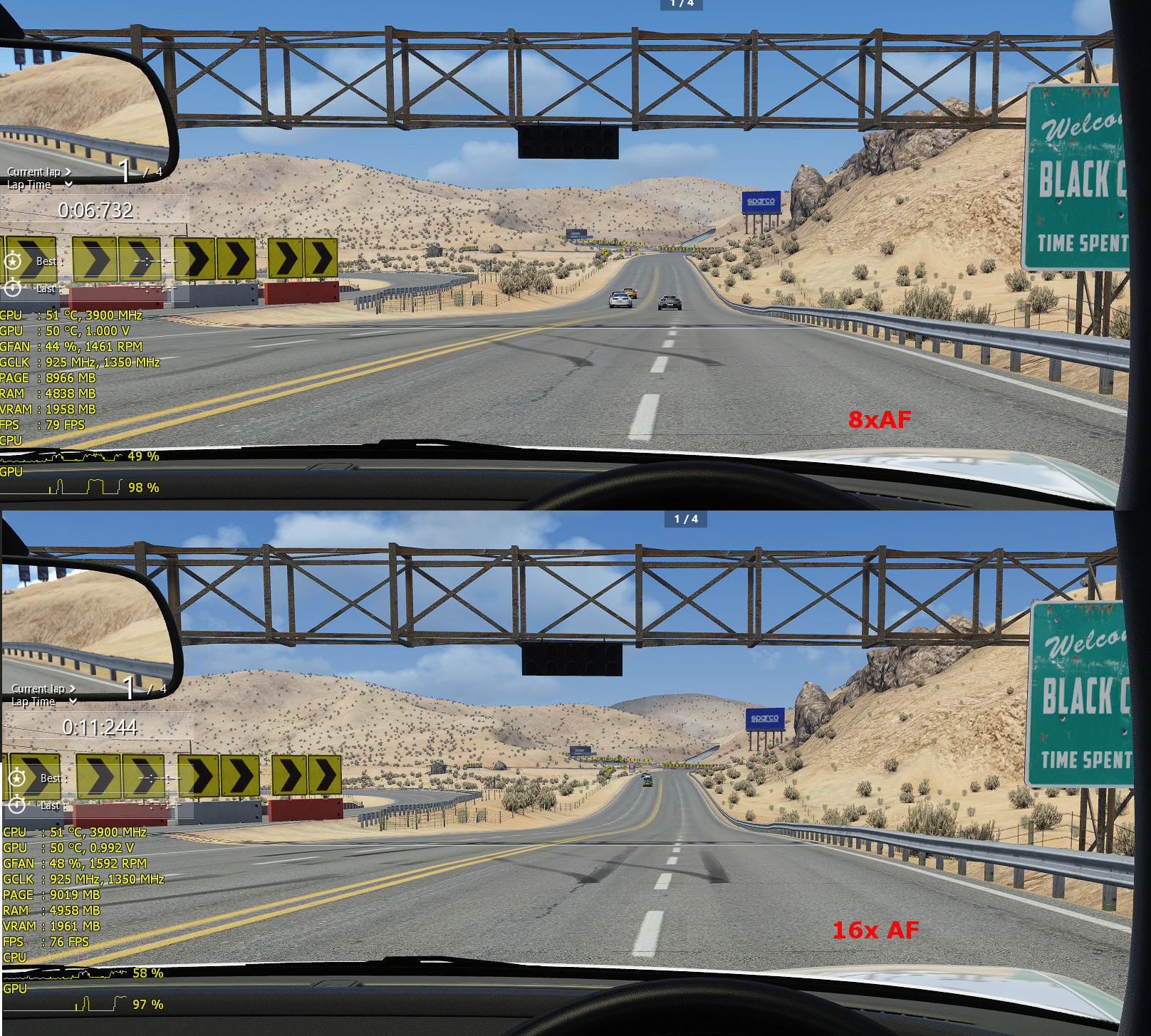 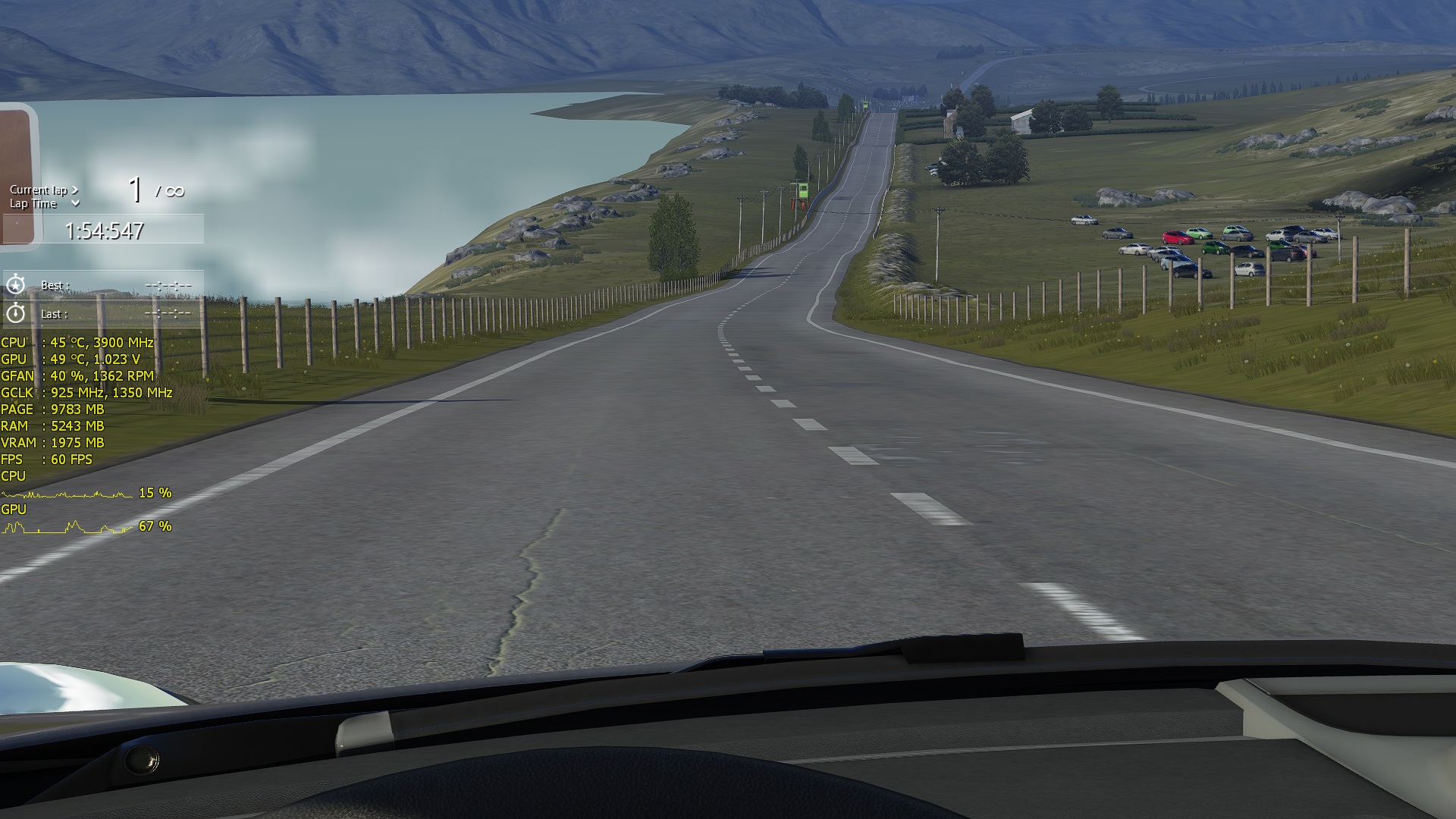 So, the only questions that remain is whether my texture quality & texture filtering is as good as it gets on AMD hardware and whether nvidia hardware is really able to a better job with LAC and Black Cat County. I have to admit i'm skeptical @Rogerio Mendes - want to show me what the same sections of Black Cat Canyon or LAC 4 lane road look like on your nvidia system? AMD Radeon fanboi's step forward with your best screenshots
Upvote 0 Downvote

So, the only questions that remain is whether my texture quality & texture filtering is as good as it gets on AMD hardware and whether nvidia hardware is really able to a better job with LAC and Black Cat County. I have to admit i'm skeptical @Rogerio Mendes - want to show me what the same sections of Black Cat Canyon or LAC 4 lane road look like on your nvidia system? AMD Radeon fanboi's step forward with your best screenshots
Click to expand...

wth its not supposed to look like this, here one with amd rt480, movie ppfilter, csp

now without csp (did not care for time setting): 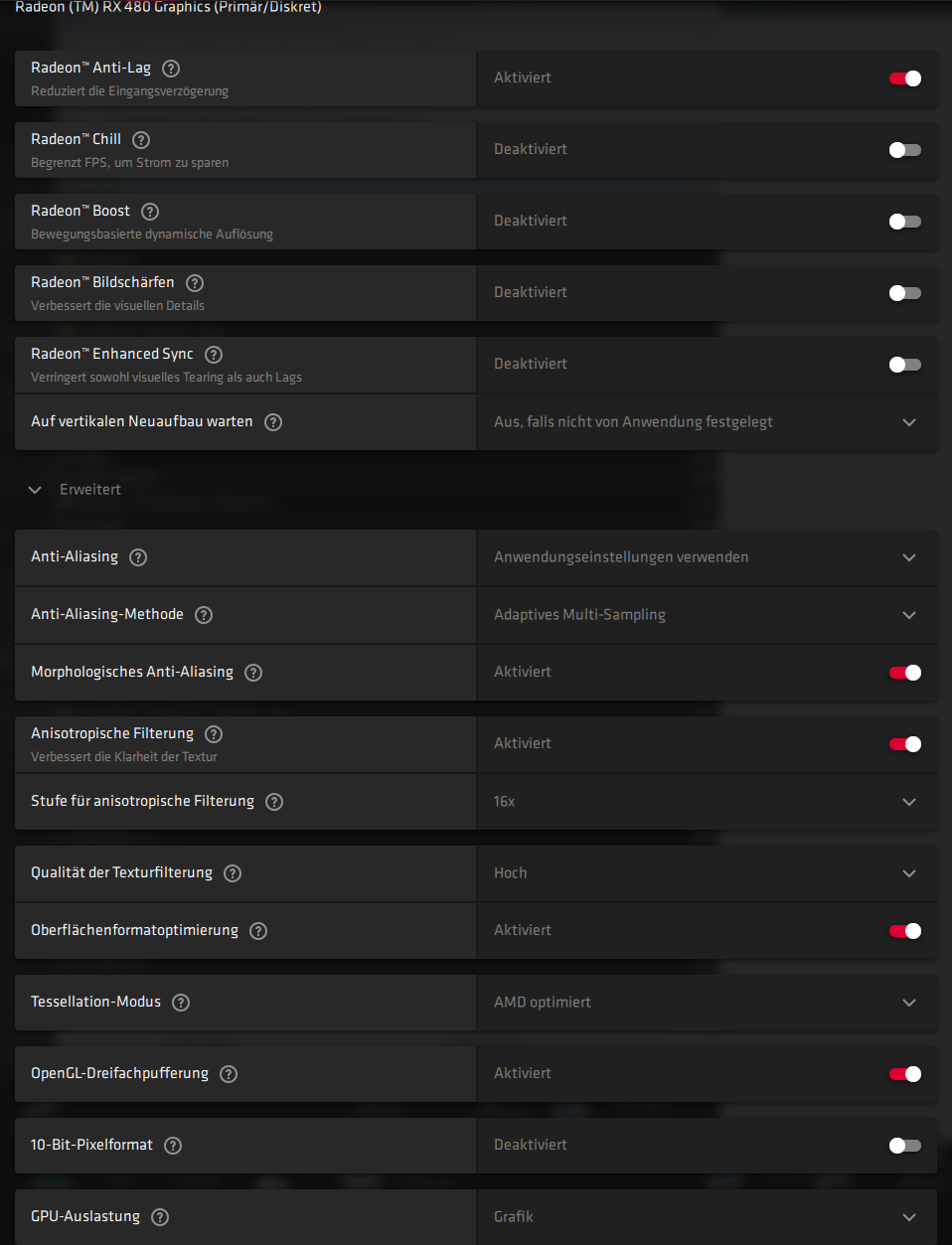 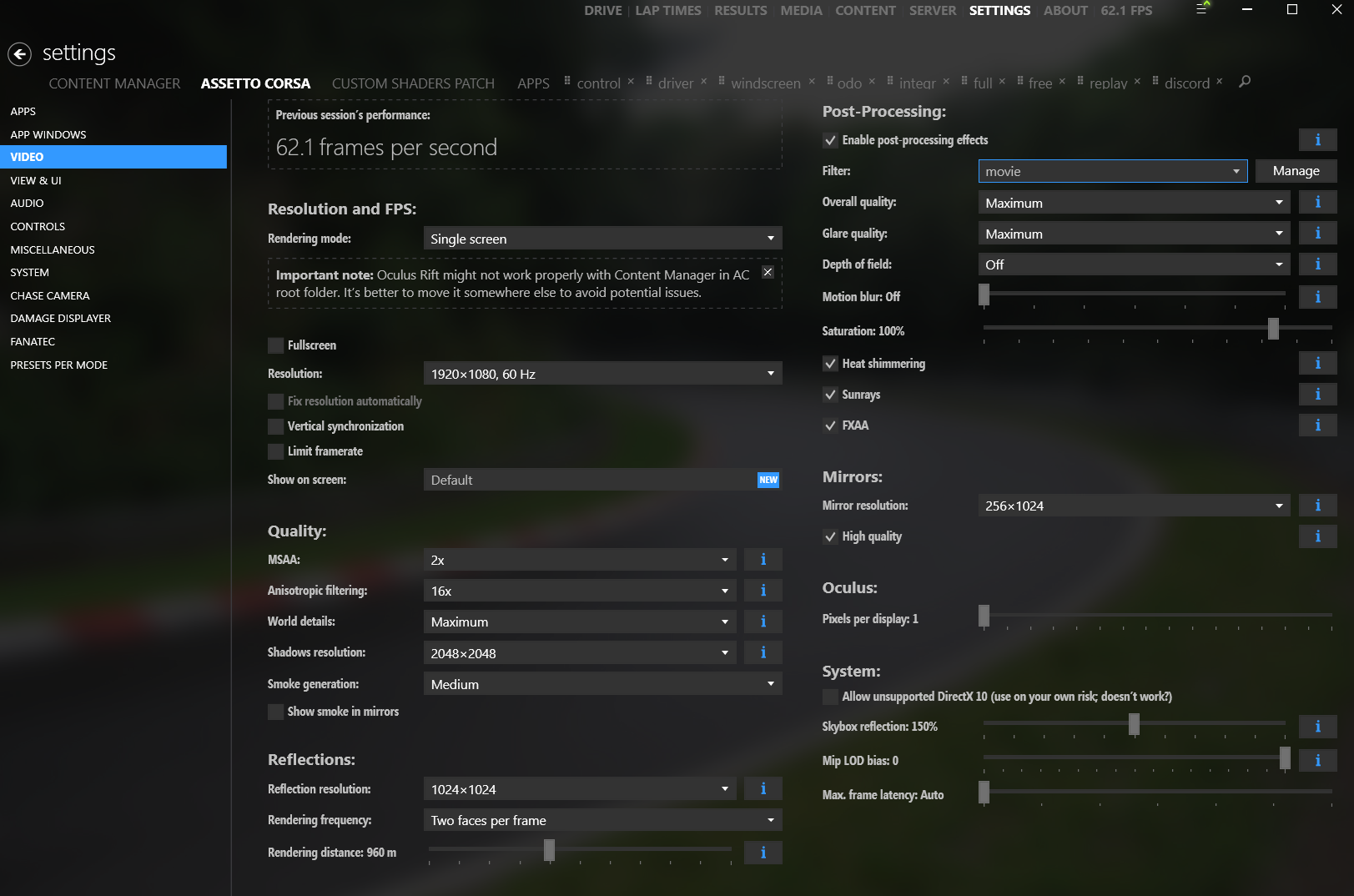 looks like as if the Mipmaps are the wrong way around, on your screenshot @Assiduous . Did you try turning CSP off completly?
Upvote 0 Downvote
A

Hi AccAkut, yes i've disabled CSP, but the road texture blur remains. Negative MIP LOD bias clears up the blur but kills FPS and causes bad texture shimmer closer in, thus I don't get how the mips could be the wrong way around - see below MIP bias -0.25 vs -2 @ 8xAF on LAC. 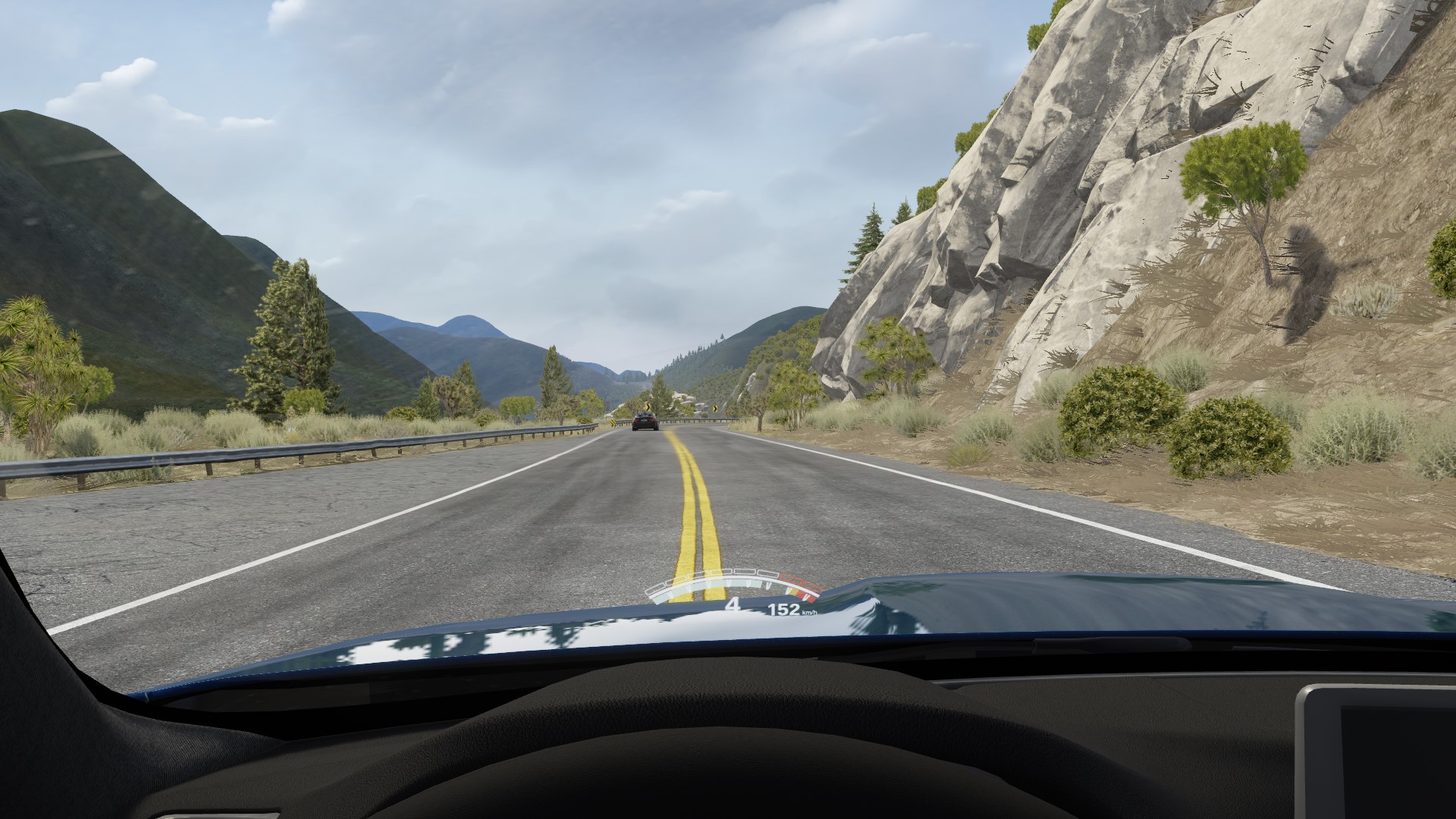 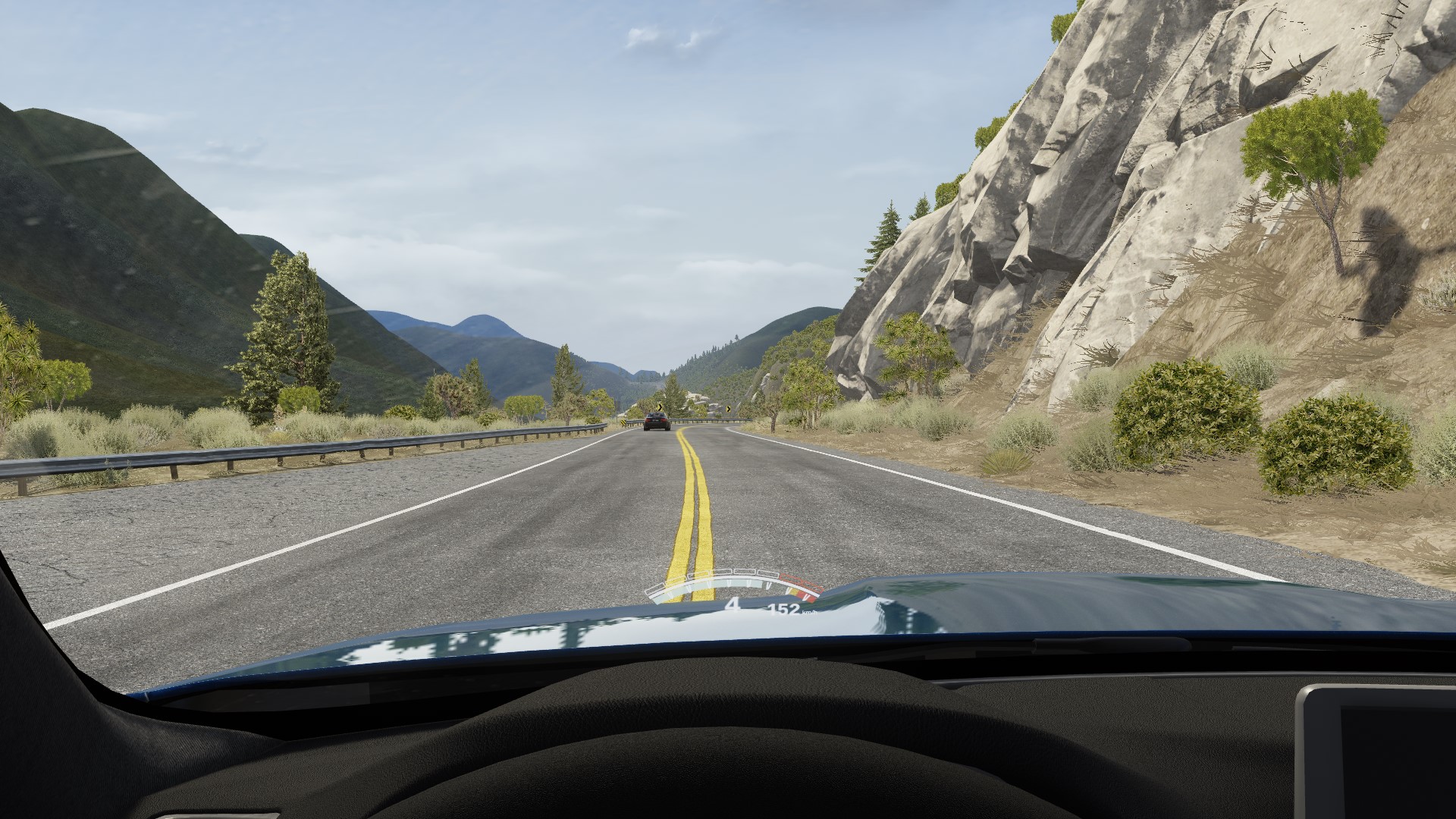