The 2015 BTCC grid after Autosport International 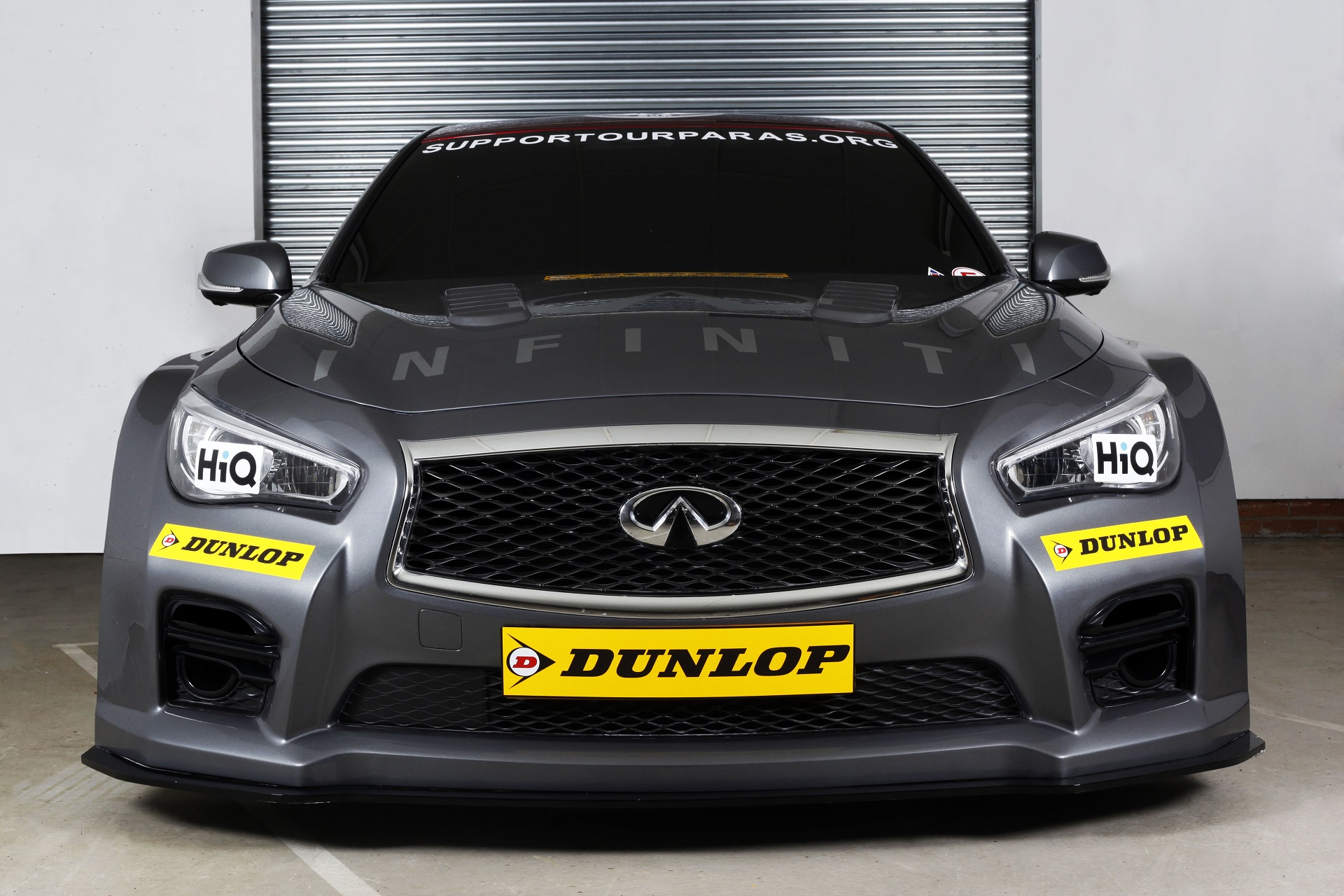 Autosport International, one of motorsport’s biggest trade and enthusiast festivals, took place in Birmingham’s NEC earlier this month, featuring decades’ worth of cars and personalities from all forms of motorsport. Most important for the future, however, were the several major unveilings for BTCC teams ahead of the season opener at Brands Hatch in April. Here's a quick roundup of all the news:

Support Our Paras Racing
Along with fellow military-charity team #RacingForHeroes, the new works-backed Infiniti effort was the biggest news when I wrote the preview back in December. They revealed their livery for the Q50s at the festival, unusually dark and sleek by the championship’s standards, to be driven by historic racers Derek Palmer Jr. and Richard Hawken.

Triple Eight Racing (MG)
The team with MG factory support has rebranded over the winter break as… well, Triple Eight Racing. But more importantly, 2013 champion Andrew Jordan has left family team Eurotech to join the Banbury squad, taking his Pirtek sponsorship with him and making the MG look very attractive. Triple Eight management are reportedly looking for a young and marketable driver to race alongside Jordan.

West Surrey Racing
Despite Andy Priaulx’s big return to the BTCC with a new liveried BMW, the big talking point remains the fate of reigning champion Colin Turkington, of which there has been worryingly little news so far. WSR losing eBay’s title sponsorship has openly changed things to where Turkington may be forced out again. Priaulx will at least be joined by Sam Tordoff, moving from Triple Eight. As for a third car, Nick Foster has said he’s retiring from motorsport after four years with the tea, so is there still a chance for Turkington to defend his title?

Aiden Moffat Racing
A Mercedes A-Class takes over from the young Scotsman’s Chevrolet Cruze which he ran last year. Partnering technically with Adam Morgan’s Ciceley Racing, he hopes to match Adam Morgan’s achievements in his own Merc in 2014, regularly running in the top 10 and winning on the last weekend at Brands Hatch.

AmD Tuning
Shaun Hollamby’s Essex-based team is sticking with the single Ford Focus for 2015, but now with last year’s Clio Cup champion Mike Bushell instead of Dave Newsham. This’ll be his proper rookie outing, having already done a single weekend in the BTCC in 2013.

Honda Racing
Title-winning teammates Matt Neal and Gordon Shedden are confirmed to stay with the manufacturer, but we’re still unclear as to what car they’re using after a relatively troubled season with the Civic Tourer. Neal spoke to Touring Car Times at the festival, explaining:

“The combination and package we’re going to run hasn’t quite been finalised at the moment. We do know a lot parts-wise and with data, and at the moment we are designing three derivatives of a new car.”​
With the first round at the end of March, it’s not exactly late in the day to make an announcement, but they’re behind their nearest rivals on this count at least.

Jason Plato
The outspoken, biggest ever BTCC race winner expects to be on the grid, but where exactly is the mystery. He does have a knack for drawing in sponsors and major backing. According to him, there might be some news at the end of the month…

There’s so much BTCC news to get through, a roundup of what’s happening with the other teams on the grid is coming soon. The whole lineup should be finalized by the annual media day at Donington Park on 24th March.
Last edited by a moderator: Jan 23, 2015
Click to expand...

Cant wait to see where Plato ends up! hope its a good car this year. that MG last year just couldn't compete with the BMW's

I can't wait for this season it will be the best yet, I just need to see if my Team's coming back into it this season. fingers crossed we can and we'll be back fighting!

I hope to see Turkington defending his title. Winning the championship twice and not being able to defend it both times would be a real shame as he is very good driver.

Frederic Schornstein said:
I hope to see Turkington defending his title. Winning the championship twice and not being able to defend it both times would be a real shame as he is very good driver.
Click to expand...

Yeah it would be good to see his return, I wouldn't be surprised if he popped up with Aaron Smith in the chroma restart racing team.

Yeah you're right about Peter Thorpe, The current #RacingForHeroes is potentially a tax scam to get drives on the grid and money in Peter's back pocket, but I very much doubt Josh will be on the BTCC grid, I'm aware of one TOCA Licence which is potential available, but with the likes of Nicholas Hamilton who has the money wanting to come to the championship, I doubt the licence will be available for long.

@Mangoletsi @Rob Cox It'd be a terrible shame for Josh and the charity if that turns out to be true, but I'll admit it's a bit concerning that with their multiple-category unveiling they didn't confirm which car they'd run for the BTCC.

Jordan Adcock said:
@Mangoletsi @Rob Cox It'd be a terrible shame for Josh and the charity if that turns out to be true, but I'll admit it's a bit concerning that with their multiple-category unveiling they didn't confirm which car they'd run for the BTCC.
Click to expand...

The company dissolution request was submitted in December to dissolve the original Stirling Motorsport company.
You must log in or register to reply here.