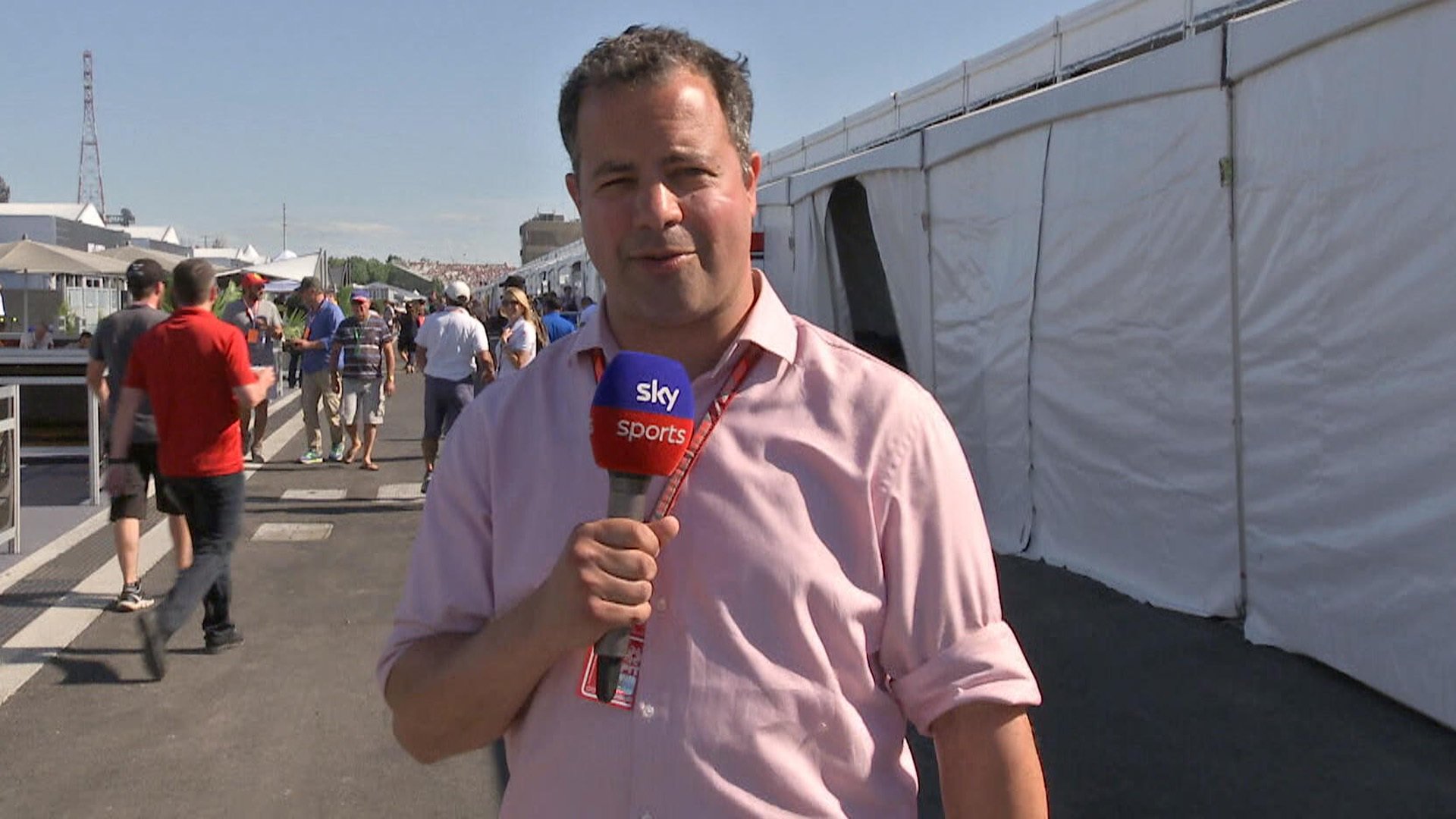 Some of you might have been wondering what's happening with popular Sky F1 pitlane presenter Ted Kravitz.. fear not - he's been confirmed as part of the Sky F1 team for 2019!

The subject of much speculation in recent days, many fans have taken to social media to question the lack of any kind of Ted Kravitz reference during the broadcasters pre-season F1 coverage.. coupled with the signing of former Hispania F1 driver Karun Chandock as pitlane reporter for the new year, speculation continued to build as to the potential for a new season without the entertaining pitlane correspondent.

The speculation around the future of Kravitz on Sky Sports F1 generated many trending Twitter tags such as #saveted, and even went so far as to fuel an online petition that attracted no less than 3,973 signatures in under three days - showing just how popular the sandal wearing long time Formula One correspondent is amongst the Formula One fanbase.

As well as Kravitz, Sky F1 also confirmed the inclusion of Jenson Button amongst the experienced team of presenters for the new season.

It is worth noting that he was indeed sacked, but that it was overturned internally at Sky. If it actually was overturned before the run of support online like they say, or if it was in response to the #wheresTed. I guess that depends on how cynic you are, and how much you like/dislike Sky?

I am happy though, and I hope to be able to catch his notebooks on YouTube. I like it, it gives an access that more fan-like, as Kravitz is a bit less serious than e.g Buxton these days.
E

Still brushing up on my German, which will be invaluable for the forthcoming F1 season.

I watched a lot of last season in Spanish.

Can they get rid of Johnny Herbert already?
S

I'd rather see the back of Di Resta. God that man is so boring. I won't watch practice when he's on it as he's so dull. He just brings NOTHING of value to the table. At least Herbert has a couple of wins and a full career in the sport.

Thank god!
My profile picture and I can breath a collective sigh of relief.
Last edited: Feb 27, 2019

Did he indeed get sacked? I heard rumors that he might have been axed, but nothing for sure. Not saying it isn’t true, just that the info is a bit sketchy atm on it.

Regardless, great news he stays on, Ted is basically the best thing about F1 nowadays !!

Paul Jeffrey said:
Did he indeed get sacked? I heard rumors that he might have been axed, but nothing for sure. Not saying it isn’t true, just that the info is a bit sketchy atm on it.

Regardless, great news he stays on, Ted is basically the best thing about F1 nowadays !!
Click to expand...

Industry sources have indicated to this site for some time that Kravitz’s Sky future was in doubt. Motorsport Broadcasting can now confirm the reports that circulated over the weekend that Young initially opted not to renew Kravitz’s contract for the 2019 season.

However, this site can exclusively confirm that the decision to axe Kravitz was overturned from within, with discussions between Sky and Kravitz ongoing regarding his ‘return’ in recent weeks.

The u-turn from Sky is not a result of any social media storm that unfolded over the weekend, the wheels for his return were in motion far before the leak. This writer chose not to write about the subject of Kravitz’s potential exit given that negotiations were ongoing between both parties, and any decision to publish an article could jeopardize those.
Click to expand...

I'm glad this world-altering issue has been resolved peacefully.

I bet nobody would have wanted Crofty back if it was rumored he was leaving.
M

Damnit... I was looking forward to the new F1 season right up until I read that sentence.

Channel 4 highlights for me having finally got rid of Sky Sports, don't think I will miss much. Just need to remember spoilers

Actually, we are rather saying "Boxesstopfenster" ;D

They should've snapped up Russell Ingall after he was binned by Fox in favour of Craig Lowndes, Russell knows his stuff...well about the Aussie Supercars perhaps not F1 but he's good none the less!
C

Would be a shambles if they removed Ted, when I think about F1 I think about Ted,
his shows are great and insights wouldnt be F1 without him.
E

I find this news quite interesting.

When I went to the Abu Dhabi Grand Prix some years ago I saw Ted Kravitz in the paddock area with what I assume were other members of the SKY team.

Something had gone wrong obviously (sounded like he didn't have the hotel room he wanted), but the way he was shouting and yelling at the young female assistant and her colleagues that were helping him was truly shocking and I would never treat another person that way, whether it was at work or otherwise.

I won't repeat the language he used but it was pretty nasty and I remember other people around me looking in shock too.

So from that moment on I have mixed feelings about him, yes he's a damn good reporter and he knows his stuff but I'm just wondering if maybe what I saw that day is what he can be like to work with. If that's the case maybe he was dismissed on that basis.

I know it was only something I saw the once but having worked with people like that before, leopards can't change their spots, etc....

I'm not bashing the guy and I do find him entertaining but when I saw he wasn't on the team for this year, I did think back to that day.
You must log in or register to reply here.