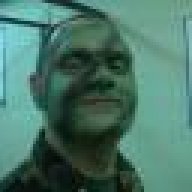 damnit, dunno what happened, my car just suddenly stopped. i thought that engine blowed up, but no sign for it in the replay, and i in result i just DNF, not becouse engine, so dunno what happened. Anyway, i wasnt so competeitve with the mk 2 so it would be a boring, lonely race with waiting for others mistake
hope u have fun...

Yea i won.
Qualified first and lead every lap. I just couldn't catch Warren to lap him

Well done to Ben, and big thanks to those who turned up.:thumb: Had a fun time, first getting the jump on Warren at the start, delaying the inevitable moment until he overtook, then driving like a lunatic to hand on to his coat-tail. All to no avail but a tremendous laugh doing so. The rest of race I spent seeing how far I could kick the tail out on the 'tina and still face forwards:evil: I had brilliant time and noticed in the process I could take a few 1/10ths out of Warren's lead over me. Typically, I found just how far I could push before spinning or hitting the wall

Where are all the other GTL chaps?? This sim still one of (if not) THE best in terms of outright fun and chuckability. Don't let it die. The rFactor mod was mentioned tonight but, to me, it just isn't the same. Here's hoping for a bigger grid at Donnington.

Yep, this was certainly Bens night to whip our butts. But it was his birthday this week so we had to give him a little gift.

Looks like it was my weekend to stuff up people at the starts. After two fluffed starts in the Oceania event, I managed it again in GTL. Sorry to Szilárd behind me, I managed to break one of your headlights even before I left the start line. My brain just wasn't working again. Sat on the line, built the revs, dropped the clutch. revved the guts out of it and stayed still. Oops, still in neutral as Szilárd ploughed into my stationary Mustang.
I hope that didn't cause your car to die on lap 1.


Ben quickly disappeared away in front, never to be seen again, but Simon and I had a good little battle for a few laps. His Cortina was quicker in the early part of the track but my Mustang had the legs down the straight. It took me some time to eventually keep up with him enough to be able to use that power to pass on the straight. Thanks for some fun racing Simon. :thumb:

Well done again to Ben, totally dominant. :thumb:
Thanks also to Simon and Hans for racing with us, again a very small field but very enjoyable racing.
I just don't know why we are getting so few people turning up, GTL is such an interesting and enjoyable racing sim. I'm sure most people haven't really tried it enough to really appreciate the variation in driving models with each car.

Loool. Now you have to drive the Porsche 914 with me next race to give the others a chance. :becky:

Sorry Ben, forgot to wish you a belated Happy Birthday.:doh: 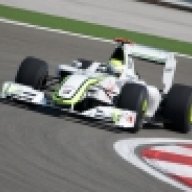 I love GTL, and racing with you guys, but I am in church on Sunday morning, so I cannot make this time. A couple of hours later would work, but is hard for the rest of you I guess. When we were doing GTL every other Saturday (o***et off of the FD Race07 events) I made several as my Saturdays are more open. Hopefully I'll be able to join in again sometime soon at another time slot.

Chris Vick said:
Warren,
When we were doing GTL every other Saturday (o***et off of the FD Race07 events) I made several as my Saturdays are more open. Hopefully I'll be able to join in again sometime soon at another time slot.

I'd be happy to see some Saturday night events for GTL, especially if that would attract more participants.
Any other people have a comment?

I work a rolling 10 week rota, on 2 of the 10 weeks I work nights so maybe I'll miss 1 or 2 every 10 weeks but apart from that Saturday nights/Sunday mornings might work. How's everyone else?

A few fun screenshots from our Montreal night adventure here: 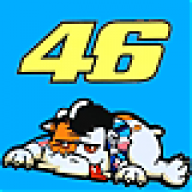 Warren Dawes said:
I just don't know why we are getting so few people turning up, GTL is such an interesting and enjoyable racing sim. I'm sure most people haven't really tried it enough to really appreciate the variation in driving models with each car.
Click to expand...

Well I am actually a huge fan of GTL and always liked the racing in this simulation. Just lately I've begun to like the Power and Glory mod for GTR2 as well and as I switched to Vista I never even tried to get GTL back on my disk as I'm not even sure if I'd prefer to race in Power&Glory or GTL.. how about a PnG-race some day?
Nah, maybe I'm gonna put GTL back on my PC if I manage to do that task on Vista and then I might join as well in one of the GTL club races.

This guide over at NoGrip worked for me if that's any help. It's for 64bit Vista.

How to: Install GT Legends on Vista Ultimate 64 bit - NoGripRacing

Simon Bacon said:
This guide over at NoGrip worked for me if that's any help. It's for 64bit Vista.

How to: Install GT Legends on Vista Ultimate 64 bit - NoGripRacing
Click to expand...

Thanks for that, gonna try it as I'm running Vista 64bit :thumb:

Posted some pics of Brands Hatch yesterday over in the Motorsports section if anyone's interested. or you can link here.

Nice pics Simon it must have bin a perfect day with all of those different cars,very good place to watch the races.

The Falcon is a two hands full to drive good not get the car to the turns fast.
At the start of the race I got away clean but Warren stay on his place (never happened to me I use the pitlimmeter for that) little fight with the Jag at the first Corner but stay ahead try to follow the Mustang, on the straight I was looking in my mirror to see where the Jag was and mist my brake point completely, full on the brakes mist Warren just made a 360 on the pit entrance
and go through the pitlane on the limmeter and lost time on the rest ,so a lonely race it went,managed to lost my lights ,get a lap from Ben (how are you so fast with the Falcon? any tips welcome) after that Warren com by try to keep up but overdrive a corner and went up in the sky, the last laps of the race get better through the corners by shifting up so I have learn again from racing online.

About racing on Saturday evening , no prob for me

Warren thanks fore the pics there nice as ever
Hans

Put your foot down grandad

Traumatic said:
Put your foot down grandad
Click to expand...

Ben, that is something to be very proud of

About the tip ,a little more specific would be nice