Is there any rule to follow to place each the car in the right spot?

and another question, as you know when you set the garage spot, the team staff appears, but in my case it appears more behind than it should, so the question is:
is there any way to move the staff to place it accurately?

thank you veru much 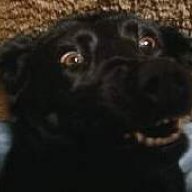 The cars are set in the order of the "Pit Group" they are assigned to in the vehicles veh file ... the mod maker assigns what skins are placed to what pit group. There is nothing you can do other than to open up the veh file for the mod your going to set the garage up for and the assign the garages in that order. However, this then will only be true for the mod you do this for ... and you cannot be certain on all mod skins being set up correctly.

When I did skin mods, I made sure that I only had 3 skins (veh file) assigned per PitGroup.

Ex: this veh extraction is from the FN1008 Mod:
C:\Program Files\rFactor\GameData\Vehicles\FN2008\All_Teams\CERUMO INGING\FN2008_47.veh

However, the only way this will work 100 percent of the time, and only in this mod, would be that no more than 3 cars in the entire mode was assigned to "GROUP9".

Again, this is controllled by the person setting up all the veh files for the mod.

If add on skins were added after the mode was released and more than 3 cars are assigned to the same group, then cars may double up in the same garage stall.

This is why it is a good practice to set 20 pit stalls and 60 garage positions (when Possible) as a minimum. At least 2x more than the Pit locations are needed to avoid the error message upon saving in the (ISI) AIW editor.

As for your second question, the pit crew is determined by your placement of the Pit location. You will need to set this by trial and error ... set a location for your pit stall ... save it then exit and the pits and rive back into the pits as you would for a normal pit stop. take notice as to where the pit box and crew members are located in relation to where your waypoint marker is for that pit.

Then it will be a judgement call/guestimation as for the remainder of the positions.

This to me is above and beyond the since of realisim ... a nice touch but too many variables are out of your control to do that much work. IMHO.
A

hi, thank you very very much indeed !!!, I shall follow your advices

and I m afraid the pit crew was determined by the placement of the Pit location, but the thing is I have no space!!!, brrr, so......