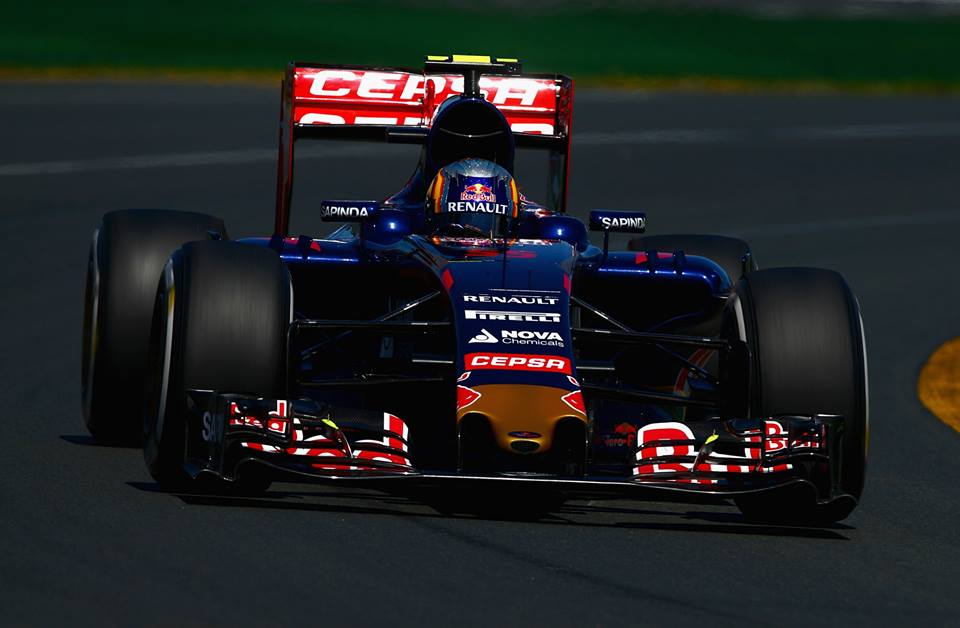 Rumors have persisted for a while now that Renault is considering increasing it's involvement in F1 to become a factory team again. The team currently supplies engines to the Red Bull racing team alongside the Red Bull junior team Scuderia Toro Rosso, yet Toro Rosso have now emerged as the team Renault is looking the closest at in terms of buying the team.

Whilst it's an open secret Renault is considering returning to F1 as a works team,preliminary visits with the likes of Sauber,Sahara-Force India and their previous works team Lotus have so far not proved fulfilling. It now appears the team have switched their attention to current engine partner Scuderia Toro Rosso.

Scuderia Toro Rosso now top the teams list as it appears Renault would prefer not to buy out the Lotus or Sahara-Force India teams because of the teams outstanding debts, something Toro Rosso do not have. Four time F1 world champion and Renault ambassador Alain Prost is also known to have convinced the board and Renault CEO Carlos Ghosn that a works Renault team is the way forward for the manufacturer.

When questioned about the matter in Melbourne last weekend Red Bull motorsport boss Helmut Marko stated "We might sell STR, but we do not have to." This appears to suggest a potential deal could be done between Red Bull and Renault to sell Scuderia Toro Rosso, with Marko also suggesting in Melbourne that even if Renault do buy Toro Rosso, it may not affect the Red Bull junior driver programme. He commented on this also "Even if Renault takes over STR, we will have cooperation."

Scuderia Toro Rosso team principal Franz Tost also gave his thoughts on the rumors in Melbourne by stating "It would be good for Toro Rosso to be together with a manufacturer.For me it would be positive and for the team it would be positive. Tost also added last weekend that Renault had visited the team's Faenza factory "three or four weeks ago", where they "just looked at everything but there have been no negotiations so far".

Renault themselves remain coy on their potential buyout of an existing Formula One team in the near future, although the comments from Red Bull men Helmut Marko and Franz Tost suggest Renault are seriously considering a return to F1 as a works team. This could well be a developing story as the 2015 F1 season goes on, with Scuderia Toro Rosso the most likely team at this early stage to become a fully fledged Renault works team in the future.

What are your thoughts on this potential developing story? Sound off in the comments below.
Reactions: Philip Heck and Bram Hengeveld

Being a Renault fan this is great news, my only but and it's a big old but is they perhaps need to get their engine in order first.

They also need to market being in F1 better the Renault/Infiniti branding is a confused mess at RB to the average person. When they won the title last in 2006 they brought out a few special edition cars which I have a R26 megane (which my fiance bought because she liked the liquied yellow colour) and that was about it.

For me there is no other manufacturer that has supported motorsport in all the various categories more than Renault, they need to make the most of it.
Reactions: Jordan Wilkins, Kerkland J. Bond, Bram Hengeveld and 1 other person

These are great news. I only hope they have a plan.

I think since there is only 10 teams they should add Renault
I like str they should not take over them
instead they should add Renault
You must log in or register to reply here.
Share:
Facebook Twitter Reddit Pinterest Tumblr WhatsApp telegram Email Link
5 comments
F1 | Alfa Romeo and Williams confirm 2021 lineups
1 comments
The RaceDepartment Podcast | Season 2, Episode 9 Now Available
25 comments
rFactor 2 | Cadillac DPi & More In October Development Roadmap
31 comments
2020 Formula One Emilia Romagna Grand Prix | Discussion Thread
20 comments
RD IndyCar Series 2020 (+ 10% discount)