Never heard about this game till today Looks pretty good and i like the evolving track going from wet to dry 2.21 Just hope its better than sbk09. Vid + pic's.......

This Video contains Contend of Sony Music Entertainment. therefor its not longer avadible in your Country

This video documentary shows how Milestone recorded the engine samples for their new title, SBK-X (Superbike World Championship) using the real Superbikes, Supersports and Superstocks.
The documentary also shows in-game footage of all the real world bikes that were used and how it compares to the one in game.

SBK-X will be available in May 2010 for Playstation3, Xbox360 and PC and is developed by Milestone
and published by Black Bean.


It looks like it should be coming to the u.k at the end of the month, hope it sounds as good.......:wink: plus they have added supersport and superstock which is nice....

demo's out next week (26th). Should be out now for Xbox Live Gold users.

I really hope it is better than SBK09. I think they need to have a medium level in the game. I found with 09 if you play on novice you are way to quick for the AI, but if you play on pro you use your tyres in 3 laps...???? not nice... 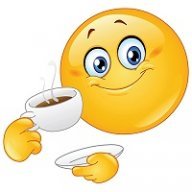 I'm gonna start a room right now, 22.00 cet, full sim, full length, quali, please be fair and use cockpit view as it's not possible to force(stupid but true)

Mark Guy said:
I really hope it is better than SBK09
Click to expand...

Can't say that it is, to be honest. Not impressed at all.

Graphics are ok (though not amazing), so no complaints there. Engine sounds are louder so that you can actually hear them this time, but the sounds themselves are so awful that it isn't much of an improvement. I don't think much of the physics either, even in 'full sim' mode, as the bikes often have far too much grip when they should have little and inexplicably lose grip when they shouldn't. You can also hammer into the back of another bike (or them into you) without consequence.

As for the AI, not only are they useless but they also seem to work outside of the physics system governing the player. Might just be me, but I'm pretty sure that on occasion they're able to take a corner way too quickly or brake far later than they should be able to. Also, when they're being followed by the player they constantly keep looking over their shoulder at you. While doing this they are not looking forwards, meaning they miss braking points or even whole turns. Might have been nice as a rare occurrence, but it happens so often that its ludicrous.

My final complaint is the controls. For one thing, movement is far too sensitive near the centre of the axis, making small adjustments a pain. There's no sensitivity options, so it tough s**t. The other issue is that 'button 0' is hard-coded to open the pause menu. It means that anyone using a standard joystick cannot use the trigger (always button 0) to change gear. There is no reason at all why the button should be hard-coded.

All in all, I found SBK X to be a total disappointment. At best it is more arcade than simulation. Maybe SBK XI will be better, or maybe someone that actually knows how to make a sim will acquire the license. If only I could get Superbikes 2001 working on this system, I'd be a happy man...

A new modded rider view, nothing for the mainstream but the simulation enthusiasts benefit

Just tested the modded Data.mix, it changed that most vivid 3rd rider view which I can't even remember what it was before as I haven't played SBKX for month. A big improvement I must say. Just did a 30% race length with of course most simulation possible with real skill AI n manual weight transfer. Afair maybe never managed to have 6 laps in a row at Nuerburgring GP without at least one crash. So started P 10 and had a blasting, beautiful race with clean fights up to the end. Sections where AI had their advantages and especially at Schumacher S I had mine.
For me personal it's way more natural control now. Still too high FOV but there's a certain shake in view that gives the chance to prevent a crash when riding on the edge.
Well done

Will give it a blast ...thanks

I noticed that last year Max Biaggis machine had some extara decals on it. So, I added them to make his ride more complete an fitting in the 2010 season from which this game portrays.