SOLO59 said:
I was leading with 40 min old med tires and Ole in P2 along with I think most other LMP2's pit for soft tires. Ole was gaining about over a second per lap and was about 11 seconds away from me with 10 minutes to go. Guess what, Ole was on my back bumper on the final lap near the final sector. Managed to hold him off with little time left. But had he caught me earlier on that final lap, he would have passed me with more time to do so for the lead with better tires. So had I not made the aggressive pass on you, Ole would have passed me eventually. But still, I must apologize. It was risky but tried my best not to wreck you.


Congrats to the Class winners and podiums! Thank you @Ole Marius Myrvold for hosting and great chase at the end bro!
Click to expand...

Uhm, I changed tyres, but honestly no idea what compound. Whatever is default

It was a weird race for me. I had done the Toyota Celica GTO races on Road America on Thursday, but I hadn't practiced before that, and I hadn't practiced before this.
RaceDepartment was invited to a 12hrs race at Bathurst in AC:C for the 17th (LiveStream from the Pro & Pro-Am class, RD is running in Silver, so not livestreamed). And as I am a hugenormous endurance-fan I joined in as the team wanted another driver.
So all my practice has been in a Audi GT3 on Bathurst in AC:C...
I did 3 laps in practice on the server, and then 5 laps in qual, that was all I had. So I was somewhat surprised to see that I didn't qualify last. Even more surprised that I during the race, while not going any faster, seemed to get faster in relation to the ones around me by just keeping a steady pace.

I seemingly gained a lot of time during the pit-stop (even though I changed tyres), and then was a lot faster than you afterwards - but not that much faster than I was before the stop.

I am not sure I would've been able to pass you either way, as the aero-wash is quite big. My only chance was down to Canada-corner. However, through the Carousel I almost lost the car, I felt it push and then it almost snapped as I lost so much downforce.
It was the same in the early-race fight with @Steve Le Gallez and @Herlev (who wasn't last, even though he said so!liar) It was possible to get close, but I never was able to make a move unless the guy ahead made a proper mistake!

Yet again this race ended with me thinking "What could've happened if I'd just done some practice". But it was really fun! Even for a guy who, honestly, dislike downforce-cars!
Reactions: SOLO59 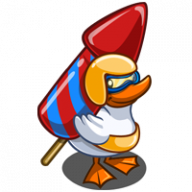 Ole Marius Myrvold said:
unless the guy ahead made a proper mistake!
Click to expand...

And I most certainly did
I just clipped the grass on exit and completely lost the rear.

We'll fight for last next time