Rockingham Motor Speedway to Close Down? 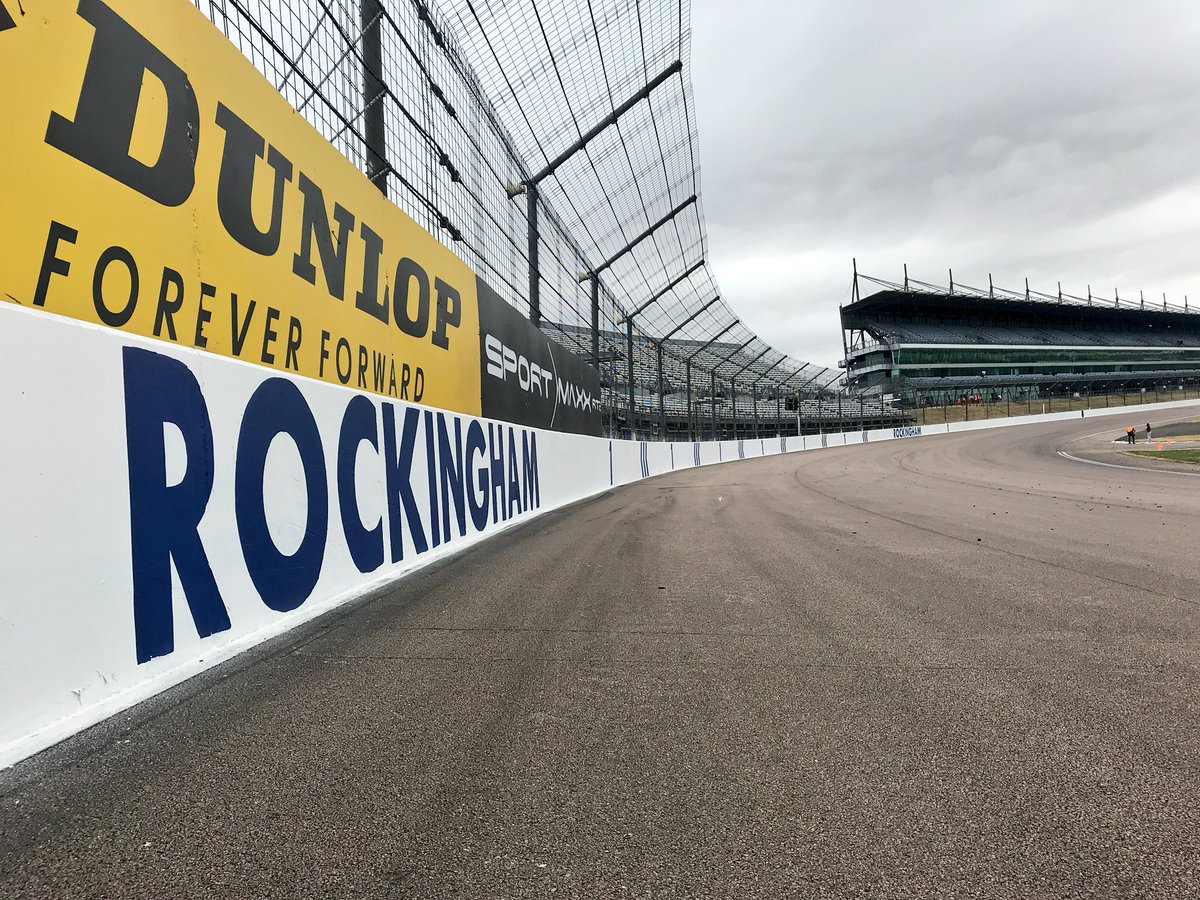 The only oval in the UK, Corby's Rockingham Motor Speedway looks set to close it's doors to racing at the end of the current year.

Having aroused plenty interest in the motorsports world when Rockingham first opened for business as the only active oval circuit in the UK back in 2001, it now appears likely that the venue will be forced to close down at the end of the current season. With new owners having taken possession of the Corby based venue earlier this year, the future of the circuit looks rather uncertain at present, with activity beyond the end of 2018 as yet unconfirmed.

I recently learnt from an insider close to the Rockingham track that 2018 would be the final year of activity for this impressive facility, with plans already underway to demolish what is a now well established venue to make room for commercial development, potentially ending a short but illustrious history as one of the most unique racing venues in the United Kingdom.

Rockingham was the first oval track in the UK since the closure of the famous Brooklands track closed in 1939, garnering world interest as the UK operators looked to capitilise on the American obsession for oval racing - even going so far as to host two Cart races in the early 2000's, alongside the super impressive but never quite reaching its potential ASCAR Series, a category very similar to the American NASCAR championship, and fielding some famous names such as future "Stig" Ben Collins, BTCC racing and TV personality Jason Plato, plus international drivers the likes of Nicolas Minassian, Darren Turner and Kelvin Burt.

A statement from the circuit read:

"A sale of Rockingham Motor Speedway Ltd has now completed and as a result, there will be changes in business operations at the venue.

"We would reassure all customers that these changes will not impact any aspect of events scheduled to run during 2018, nor the opportunity to stage further events this year.

"Until the end of the year, the Rockingham team will remain 100 percent committed to delivering the venue and associated services as professionally and proudly as ever before. A further statement will follow shortly."

With 2019 events for both the British Touring Car Championship and GT series having been cancelled already, and no activity planned for the year ahead, it very much looks like England is about to loose one of its most dramatic and diverse racing venues in many years.


Do you think Rockingham deserves new investment and to continue as a race venue post 2018? Why do you think oval racing failed to take hold in the UK / Europe? Let us know your thoughts in the comments section below!​
Last edited: Aug 16, 2018
Facebook Twitter Reddit Pinterest Tumblr WhatsApp telegram Email Link

Paul Jeffrey
RaceDepartment Editor-in-Chief, occasional YouTuber, commentator and broadcaster, with a passion for motorsport on both the real and virtual racetrack.
Reactions: Raffi_M and Kjell81d
T

Really good BTCC track as a spectator, so a shame if it's true
G

This is a track that I would love to see in RF2 some day.

Alonso, and now this.

Well there's an odd coincidence. Over here in the USandA we also have, or had to be more precise, a Rockingham Speedway. At times it was also variously called North Carolina Motor Speedway, or North Carolina speedway ... but mostly just "The Rock". It was a 1.017 mile (1.636 km) paved oval with banking in the turns of 22 and 25 degrees and 8 degrees on the straights.

The first race was held there on 31 October, 1965 ... a 500 miler NASCAR Grand National race back when stock car races meant big, fast American sedans. The last big-time race was held there in 2004 ... but a number of smaller events were held until about 2013. After a bunch of new owners, it now is pretty much abandoned and unused.

Across the street from this track is a 1/4 mile drag strip, Rockingham Dragway. I have visited that track and even camped overnight in its parking lot whilst attending a wild and crazy biker event known as The Smokeout, which, as far as I can tell, is an event highlighting the drinking of LOTS of cheap American Beer and destroying rear motorcycle ti(y)res but putting the front t(i)yre against a bit of concrete and getting the rear wheel to spin as fast as possible, letting all of the smoke out of it until it blows out. Watching this process play out a couple times, I just couldn't wrap my head around destroying the tires mounted on your only ride home, but the biker types really seemed to enjoy all of it. I suppose you can call it "motor sports" because it does involve a motor. 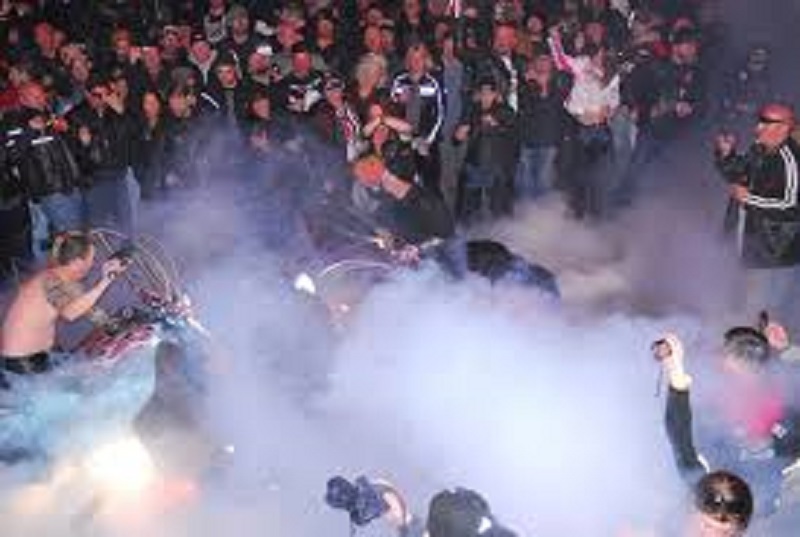 Me? I rode on a sort of a mechanical conveyance, but, sadly, couldn't get any smoke out of it. However, I am pleased to report that it got none out of me. 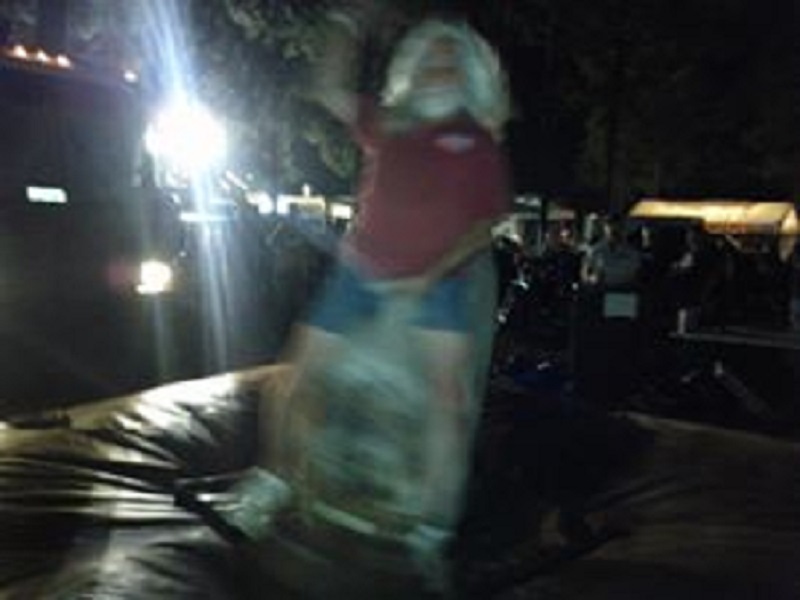 Premium
Its never been a crowd puller, even BTCC hardly filled one stand.

I saw the Cart race back in 2002. The most spectacular and fastest race I have even seen live. The British gp was not even close to giving you the same buzz. Such a shame this style of racing didn't take off in Europe as it was a truly amazing day out. Money talks and im sure someone can make alot more money putting houses on the site. Think they didn't design the track very well as the BSB went for a couple of years and the first corner was just dangerous for bikes and no way to change the layout due to the tunnel. The infield track could of been alot better also oval also wasn't the best either as cars struggled to get close and was a one grove track. Poor design choices again and again.. It also should been built near London due to the other venues in the area.
Last edited: Aug 17, 2018

Someone keep those new owners away from other British circuits! Will there be a new circuit on the BTCC roster next year?

Premium
This is sad news. I'd been to Rockingham a few times when I lived in the UK. It was a bit of a drive from Oxford way but was always worth it. I saw BTCC, British GT and also Champcar.

The Champcar event of 2002 I think it was. I do remember all the issues they had with a damp track one year and this was the year after.

They still live in my mind as some of the best sounding race cars I've ever heard. The whistle of the turbo and the crackling of the exhaust when they backed out of it. You could feel the air being ripped apart as they went by. Great memories.

The race was very special and I was so glad I made the trip. Access to the cars and drivers, it was a great day.

The only thing that all the drivers remarked on was they wanted the track to be longer. It was much faster than they'd originally hoped which made passing difficult. However it did provide good racing.

I was hoping with talk of European rounds that they might make the journey again (but this time make it in August! Lol) but sadly it seems the circuits days are numbered.
Last edited: Aug 16, 2018

Oh no. What are they saying about Brooklands now?

Andrew Harper said:
Oh no. What are they saying about Brooklands now?
Click to expand...

What instead of kept the whole circuit for historical purposes, demolished a big part to be sold.

Premium
The Rock has crumbled....finally. It has not been maintained, it has not been looked after, the spectator area's are a hazzard, hence why they have been shut, it was a failure from the beginning.

The Idea was fantastic, but the outcome was inevitable, sadly to say.

Paul Jeffrey said:
View attachment 265046
The only oval in the UK
Click to expand...

I was at the first Indycar race & it was spectacular to see the cars lap at such high speed.The track was an odd shape which did produce some good racing.
To survive & do well it would have required some extraordinary promotional work(Castle Combe style) to get the race series,drivers & fans through the gates.With the decline of Indycar at the time,lack of large oval racing in the UK ,massive amount of other racing & prime house building location I think fans have been lucky it has lasted this long.

Andrew Harper said:
This is sad news. I'd been to Rockingham a few times when I lived in the UK. It was a bit of a drive from Oxford way but was always worth it. I saw BTCC, British GT and also Champcar.
Click to expand...

LOL "Bit of a drive".It is about 70 miles.You are in prime position for racing if you live in Oxford.I live in Dorset & used to race Mini 7s & Porsche 924s.Cadwell Park was 6 hours towing & Knockhill was a day.

I would like to see that round of BTCC go to Silverstone on the GP circuit or maybe Pembrey or Mondello.

Jonny Austin said:
LOL "Bit of a drive".It is about 70 miles.You are in prime position for racing if you live in Oxford.I live in Dorset & used to race Mini 7s & Porsche 924s.Cadwell Park was 6 hours towing & Knockhill was a day.

I would like to see that round of BTCC go to Silverstone on the GP circuit or maybe Pembrey or Mondello.
Click to expand...

LOL. I picked Oxford as that was a good pinpoint to use. It was about 115 miles from my house at the time. I think the only circuit further than that was Donington which was about 120 so I only really went to events that were worth the drive

Andy-R said:
Someone keep those new owners away from other British circuits! Will there be a new circuit on the BTCC roster next year?
Click to expand...

They are doubling up on Thruxton for next year.

Very very sad news.
I have done loads of trackdays at Rockingham and I loved the banked section. I am sad at this news.

Coming from an American, I've never quite understood why oval racing is not very popular outside of North America. I mean yes, technically less skill is needed, but in exchange you get closer racing, more consistent paces, and you can actually see the car of your choice at almost any point on the racetrack.

I understand why road courses are so popular, but I can never figure out why people are obsessed with wanting to watch a car win a race by 30 seconds because somebody had a slightly better setup. In oval racing, that (usually) doesn't happen.

But then again, I'm an American, so maybe it's because I'm "too stupid to understand".
You must log in or register to reply here.
Share:
Facebook Twitter Reddit Pinterest Tumblr WhatsApp telegram Email Link
83
Opinion | Racing In The Rain
0
The Future of Product Promotion on RaceDepartment Forums
11
F1 | First Images From Vietnam GP Pitlane Revealed
53
DTM | R-Motorsport Aston Martin Withdraw From Series