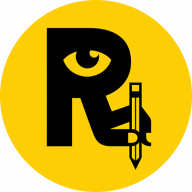 Don't like the current Renault skin which is too black. Flipped the colors (made the yellow richer) and added some white and a little "design" on the nose. Not entirely convinced but an improvement for me. Still think it needs a huge "elf" logo, maybe next season.

The numbers shown aren't accurate. On the nose it's black with either white or gold stroke (can't remember), on the fin it's white with gold stroke.

Added my .dds files for the more adventurous.

Read the rest of this update entry...
E