It's often necessary to drive a section of track several times to check that it looks right, or that two roads have been merged reasonably well, and there are many other reasons. The problem is that we get a rather severe penalty if we drive backwards for too long.

For those who don't know (up till now that included me):
That penalty can be removed by going to Settings, Rules (advanced), and setting 'Flag Rules' to None. Although you get no penalty, the 'Wrong Way' message will still appear, which is nice because sometimes a spin can be quite disorientating :o
Last edited: Jan 17, 2019
L

I have been bothered by this for a while. 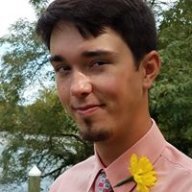 What about online? i want to drift togue and go the oposite way up then down and i cant.