Some little changes are made on the forum at this moment. After a long debate inside the Racing Staff we are now almost ready to present our new league structure for the upcoming season.
We have made some visual changes on the forum to present you clearly what leagues we will be running the upcoming year.
I will update this thread several times today when something changes.:angel2:

Update #1:
Keep an eye on http://forum.racedepartment.com/leagues/

Update #2:
Six active leagues remain officially organised by RD. Camaro and Formula leagues are upgraded to official leagues.
A few old faces like the RDTCC & RDMCC are now archived with the other previous organised leagues. I did my best to recover and restore the previously organised GTR 2 leagues and Touring Car Leagues by RPM, without success.
The Simracing Team Challenge organised by our good friends from The Black Rebels & Blue Flag Racing are now hosted under supported leagues, where they have a hosted forum from which they run their quality league!

Update #3:
New forum added called Start Center. This will be the domain of Yoeri where all announcements, guidelines, documents and all the needed info for starting league racers will be made

Update #4:
RDTCC, RDMCC and the FTCC league are archived but stay open for a few days to hail the winners :good: http://forum.racedepartment.com/rd-league-archives/
They will go in read only mode soon

The RD Historic Grand Prix for GT Legends is already running a season and after the current season Stuart Thomson will announce the follow up series: http://forum.racedepartment.com/rd-historic-grand-prix/

Update #6:
Some forums will remain closed for posting until the proper announcements have been made by the league admins

Update #7:
All upcoming race events are now displayed on the frontpage (right column)

I see a few tasty morsels of leagues in there... :drool:

Awesome. This will be awesome

Wow I see Super Touring League and LeMans series for rFactor. Looking forward to hearing more about these .

I like the new location by the way. Good to have all league info in one place :good:.

super touring? how they gonna do that? MMG are the only people i know of creating a super touring car mod and thats for GTR Evo.

Rob Shillito said:
super touring? how they gonna do that? MMG are the only people i know of creating a super touring car mod and thats for GTR Evo.
Click to expand...

You may have answered your own question.

Good job I put may there

Wait a sec, what has MMG got to do with Sper Tour... Ohhhhhh!

Thanks for the updates and for your kind words :kiss2:

I think TBR will be present for sure in RDLMS and probably, depending on time because we don't want to have a single absence, on RD Super Touring League 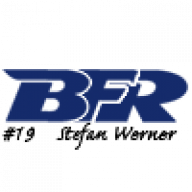 Looks very promising. Can't wait to see the official announcements on some of these. 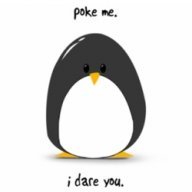 Lots of speculation about STL, but none of it has actually hit the spot yet.

The new system looks fantastic!! Thank you Yoeri and Bram for all the hard work!!!

Eric Kaczmarek said:
The new system looks fantastic!! Thank you Yoeri and Bram for all the hard work!!!
Click to expand...

No thanks, my pleasure, hopefully newcomers will found there way around a little better, especially with the start center and all those wonderful new documents on the way (thanks to mr Gijsen :good

Hopefully we have a great league season ahead of us!

We WILL have a great league season Bram , I havn't seen a bad one since I joined...

Latest update concerns our frontpage www.racedepartment.com. All upcoming events (7 days ahead) are now displayed in the right column 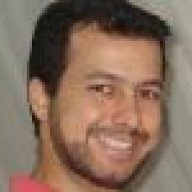