A new beta is available at http://www.racer.nl/dl_beta_win.htm.
Another one!!! Seems that G27 works again

Oh look, yet another version of racer that doesn't work properly on ATi cards. I would really like to know if Racer has turned into an Nvidia only club or if there is any hope at all for a new release with proper ATi support.

I know that posting this might prompt one of the many Nvidia fanboys on here to squeal "OMGZORZ GET NVIDIA NEWB!!!111", but I don't want an Nvidia card, if I wanted one I would have bought one, but I chose to spend my money on an ATi which runs all my other games without a hitch. Racer is coming up on version 1.0 and it somehow doesn't run properly on ATi cards? This is an issue that should have been solved long ago, and I hope it will get fixed soon.

Yep, my ATI seems to do the same since RC8... I think it's a bug but hey! Many people use an ATI card, Ruud please!!

Silver Ranger said:
You got as far as RC8? Racer hasn't run properly on my HD5750 since RC4.
Click to expand...

No sorry, I can run properly RC6, with RC8 and newer I'm getting the same screen as you posted
A

Alexander Knoll said:
yep, and the next release with missing dll's and a license error...see pic's

Ruud says to run "vcredist_x86_vc2013.exe" included on the download to install missing dll's.
A

STILL doesn't work. The redist that comes with it doesn't help either. I keep getting a strlen procedure entry error.
Panthera is a bad kitty.

Alex Forbin said:
STILL doesn't work. The redist that comes with it doesn't help either. I keep getting a strlen procedure entry error.
Panthera is a bad kitty.

I uploaded the missing DLL's for RC9, maybe they work OK for this too! Link:

Thanks Tormento, but I still get the same error.
"The procedure entry point strnlen could not be located in the dynamic link library msvcrt.dll" 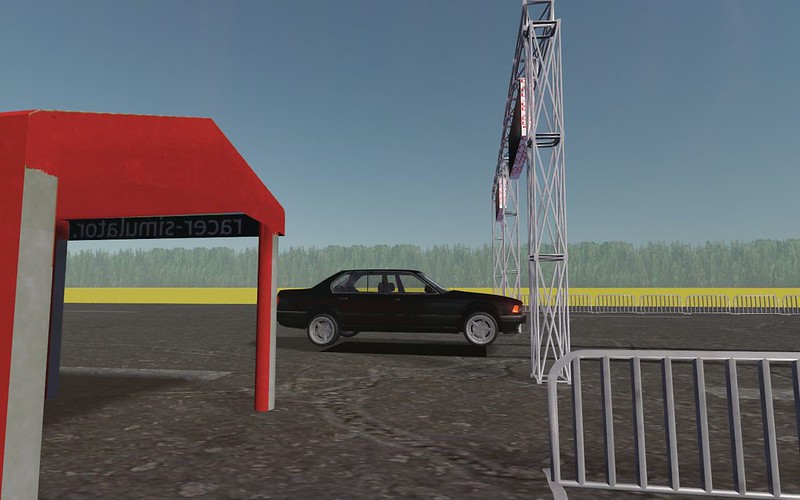 to fix it i put this to the body section of the car ini...

play with the red value and you see...

This release seems to be usable, at least on my end I had no trouble getting it running with the VC2103 files installed from before. I haven't experienced any suspension related crashes yet either and suspension hard limits still work, so that's a positive.

On the other hand, there appear to be a number of undocumented changes again, so it will take some time to figure out what's going on here.

One of these points has been raised by Dariuszek and Alex, the bounding box is no longer dependent on the model's nullpoint, but for some reason it's based on the CoG now. How does that make sense?

The starter sound is being played twice again, too.

Something with views.ini elements for interiors is off for me - a lot of vehicles don't have them drawn anymore. Exterior elements are only drawn when the camera definitions contain the "view" parameter, which was unused for the last years and is infact undocumented on racer.nl's camera section... this doesn't work for interior elements though.

Just like in RC9, qlog.txt complains about dbg_controls paramaters not being integers (they're actually written as floats in racer.ini) and in general, it seems as if qlog is now more sensitive about where comments are placed and which format parameter values take. Maybe a bit of a heads up on this would be useful for developers.

I'm sure Ruud must have a GIT or SVN log of the changes he makes and why, any developer using these systems does, so really there is no reason we can't get a quick abridged version of what has changed and why to help us understand changes.
Or even just dump the log on us and let us pick through it. Remove any sensitive data and job done.

We can then check for bugs, formalise and test new systems integration with our content, and give Ruud some really great feedback to be getting his teeth into, rather than what is ultimately a load of posts saying they can't get steering wheels working or missing DLL's.

Are the last two release threads really the sum total of our usefulness to Ruud as a community?

I hope not. That wouldn't say much for the future of Free Racer... or Pro Racer given some of the bugs we end up finding!


To keep things positive. I bet those ATI issues can be fixed with some shader digging around.
I've not got an ATI card here to test but the fact it's loading up and looking half ok is telling me that things are probably just some shader tweaks away.

Now we have no need for a load of shaders that Ruud would usually maintain, such as the old CSM, no CSM, HDR, no HDR, and combos of them, we can probably streamline the shaders folder a lot these days.

Formalise them all so they are consistent in both constants, layout and outputs, and annotations/notes.
ATI chunks and NVIDIA chunks that can be easily toggled by users having issues.

And dump half of the shaders in there because most are just not really useful since 2003 kinda track making techniques.

Really that is the joy of the cg shading... we have the power to really sort a lot of these issues out if we want to.

Half the issue is, graphics are only one bit... even if we spend weeks fixing all that stuff up, people are still running to games like AC/rF2 etc because although not perfect, enough facets are polished off enough to make them appealing for most content developers/modders to just make stuff and not have to fight with the systems in place.

No Worky! I'm running MS XP SP3 and installed the exe file that would supposedly install the needed dll's. Even tried copying from previous version that does work somewhat!

Ruud, Please tell us what the hell is going on with this version, it's a real bummer!
C

Sure would be helpful to get some communication going with Ruud... dropping betas with incomplete documentation and big oversights or bugs like this doesn't do much to make people want to help develop things.

Is everybody who can't start this version despite installing vcredist_x86_vc2013.exe running on Win XP by any chance? I haven't had any trouble with it on Win 7 here, for reference.

What about the other things mentioned, do you see the interior dials for all vehicles or are they not drawn for you too?

What happened with the shaders in any case, I noticed z-buffering must have changed because suddenly track markers are visible on a track where I haven't seen them in over six years - I mean, this specific change is a good thing, but there is no documentation anywhere and it makes development work a nightmare.

For people who struggle with the bounding box resulting in a floating car, here's an example on how to quick-fix it based on the '69 Z/28.

The car section has an offset applied to the CoG position, relative to the mesh's nullpoint, which was previously the reference point for the bounding box:


Code:
While the bounding box offset was:


Code:
The bounding box offset thus needs to use the cg offset values with their sign reversed and any previous offsets added on top, as in:

So how does one make it work on MS XP SP3!
A

I wish Ruud would stop by and clear up a few things.
I get the feeling we have become a burden since...
After months of no bug fixes or updates this release is discovered and not announced.
No supporting documentation.
Old bugs reappearing.
No changelog updates since 2010.
Ruud never even stops by to say hi.

I'd say, just upgrade to Windows 7.

Microsoft itself is ending support for that ancient XP. rFactor2 does not support it anymore, not to mention any other modern games.