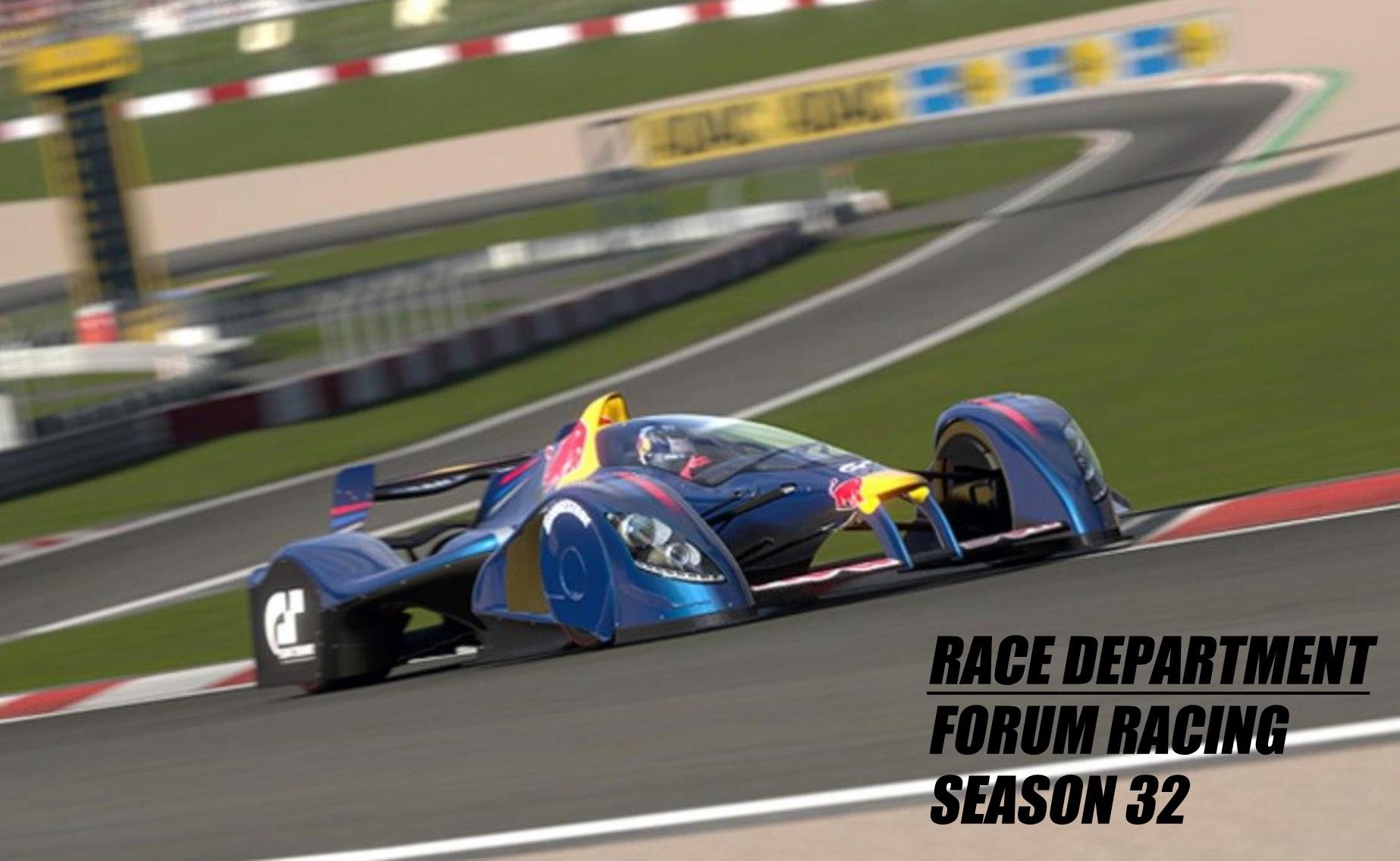 Following a revolutionary Season 31, one which saw new team events and rules regarding team communications, Season 32 looks to add and improve upon the spectacle that is FORUM RACING. Lesley Buurlage and the Red Bull team took home the championship last season. Can anyone step up to the task of replacing them on the top step?

What is Forum Racing?
Forum Racing is the simple act of completing races started by the moderator. The moderator (@rubaru) will make a post in the thread telling everyone the race has started. The type of race will also be announced, along with any special rules that must take place in order to FINISH.

How do I join?
Simply state that you would like to become a racer in the thread, and choose a team to join. Read the instructions, work out which race is next, and be ready for lights out!

Race Types / How to Play
Sprint Race
The moderator posts a "Sprint Race started" post. Competitors must post "FINISH" as soon as possible. Points will be given out in the order that the "FINISH" posts are written. Races are open until either everyone finishes, or 48 hours have elapsed since the last person posted.

Examples (Team Orders are #1, #2, #3)
Team Races as #1, #3, #2: 4hr penalty for driving out-of-order.
Team Races as #1, #2, #1: Disqualified for Driver #1 racing twice.​
Gentlemen's Rule
In order to keep the game fun and interesting for everyone, you should not set up email alerts for new replies in this thread. Past events have shown that it isn't healthy for the game itself, and that's it's more enjoyable for all participants if they're not used.

Start Times
Start times will be established before the season begins with a random number generator. When a race result is announced, the next race will begin after 24 hours (1 day) and before 120 hours (5 days) have elapsed.

Teams
Teams shall consist of three drivers. Feel free to create a band of three teammates. If you sign-up and there are teams without enough drivers, feel free to join that team, or create another team on your own. When signing up, please give a name you would like to be known as. If it is your real name, fine, but if you don't want to use it, please try to come up with a name that suits your username.

Driver Number
All drivers are also required to pick a driver number. This will represent them throughout all races. If you have a number from last season, you will have first rights to that number, or you can chose a new one.

Inactivity
If you don't finish lots of races in succession, two things will happen. Firstly, you will lose the right to be waited for in the results, so if everyone else has finished, I will get on with the results. If it carries on, your teammate is allowed to replace you with a new driver if one appears. If the booted out driver does finish, they must choose a new team to join. Drivers will be ignored after their 3rd unaccounted for cumulative DNF (accounted for DNFs are ones where I’m told of people being on holiday, in hospital etc BEFORE the race), and will be kicked after their 5th cumulative DNF.
Last edited: May 3, 2019

Teams
Teams are based on classic Formula One Constructors Champions.

Aight, who wants to join me in the FW07B?

Which McLaren we talking

Aidan Keranen said:
Which McLaren we talking
Click to expand...

It's on my laptop, will check in the morning. But I think it's the MP4/5

Car #11
I think I'll be jumping in the Brabham.

To prepare for any team orders we need to do, I'll take #66

Jimlaad43 said:
To prepare for any team orders we need to do, I'll take #66

Team orders is not the same as killing your opponents.

I'll take the #020 in large and a small beverage please

Can I join you?

Dovi design said:
Number 4 for me

I already did mate

Dovi design said:
Number 4 for me

Benutzername said:
I already did mate
Click to expand...

After years of having 2 car teams i forgot about that.

@Omer Said
What do you think of me in a #6 Gold Leaf Lotus ?

Its gonna be a busy next couple of months for me but I am confident that I will participate anyway!