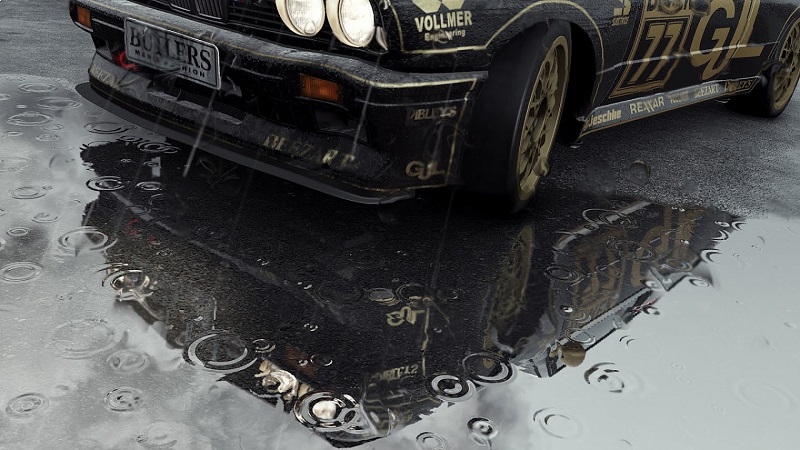 Originally set for a November 2014 release the news reached us today that Project Cars will be re-scheduled for March 2015 meaning that fans of the multi-platform racing title will not be able to play the anticipated title during the gaming intensive holiday season in December.

Namco Bandai sent out the following press release, after rumors that have surfaced around the internet about a possible delay, officially confirming what was publicly known since yesterday.


Slightly Mad Studios and BANDAI NAMCO Games Europe S.A.S today announced they will be moving the release of Project CARS for the PlayStation 4, Xbox One and PC to March 20th 2015 in Europe and Australasia.

The move positions the title away from the competitive holiday scene dominated by household names while affording the team at Slightly Mad Studios additional time to extend and polish their ground-breaking and accomplished next-gen racing experience that’s been created alongside a community of over 85,000 racing fans and real-life professional drivers.

“Our goal has always been to deliver a landmark title that encompasses the wishes and desires of racing fans from all around the world; something with features and content powered by the community that provide a truly unforgettable and pioneering experience” said Ian Bell, Head of Studio at Slightly Mad Studios. “Whilst a tough decision to make, the change in release date allows the game the greatest chance of success and visibility, and the opportunity to polish the game even further to the high standards that both ourselves and our community demand and expect. We’re eager for you all to see what we’ve been working on in just a few months.”

Project CARS aims to deliver the most authentic, beautiful, intense, and technically-advanced racing game on the planet. Crowd-funded by a passionate community that has been involved in the development process from day-one to create their ultimate racing experience, Project CARS includes the largest track roster of any recent racing game, a huge variety of motorsports to play, a freeform and authentic career mode, world-class graphics and handling, dynamic time of day & weather, and a suite of community features and connectivity that leave the competition behind in the dust.
​
For more on Project Cars check out the forum. Up- and download game modifications via the downloads section. Share your latest photos and videos in our gallery.

Whatever! I guess the new date has as much credibility as the previous one.

Good choice, gives them more time to finish up the game before release, can only be a good thing imo

Moved away from the biggest sales period for games. That's gotta hurt.

Expected this. The frustration is that after so many years of no release date, the moment they give one they retract it. Would have preferred them to work and not mouth breathe about the date. Thought it was going to be a winter showdown between AC and pC, but it looks like AC owns the winter, and has owned 2014 as the leading sim.

I just wish they were reopen the early access to it. I hate being teased by the vids online.... it is just cruel. But more time to complete the work is a good thing seeing as it is a Community aided process.

I think taking preorders and then delaying is particularly cruel though. At least give them early access like all the others.

Guess PCars has apparently not connected the dots as to how many other 2014 games have been pushed back to 2015 already. If they think it's crowded this year going into the holiday season they're in for a big shock next year. All year long.

Releasing the title in an unfinished state would be cruel. Doing so would be a lose/lose for everyone. SMS has made a wise decision IMO, to delay release and develop the game to the level that was intended, expected and advertised. What recent/current racing-sim hasn't/isn't taking longer than originally expected?

WTH !!!! they've been saying left and right that the release will be in November !!!!!!!!! they better let a few extra more people to get the pre build !

I bet it gets delayed even further as well as there will be more big titles coming out at that time. The new Battlefield, the new next gen F1 game and possibly others.

It needed to be delayed. The latest builds have had too many bugs and broken code to make it even close to November release. I am glad, they will hopefully fix the poor FFB and AI by then.

Dean Ogurek said:
Releasing the title in an unfinished state would be cruel. Doing so would be a lose/lose for everyone. SMS has made a wise decision IMO, to delay release and develop the game to the level that was intended, expected and advertised. What recent/current racing-sim hasn't/isn't taking longer than originally expected?
Click to expand...

No argument from me on that point. But PCars stating that the reason for the delay is that they want to get away from a crowded Holiday season is rubbish. So many games that were supposed to come out this year have already been pushed back. Next year is way busier.

Lou Sytsma said:
No argument from me on that point. But PCars stating that the reason for the delay is that they want to get away from a crowded Holiday season is rubbish. So many games that were supposed to come out this year have already been pushed back. Next year is way busier.
Click to expand...

I haven't been following that to be honest but, it's no surprise that there is still lots of work to do on the title and SMS wants it to be right. That's reason enough IMO.

I'm not even part of the WMD but I had a feeling this was going to happen when we were less than a month from release and Steam still didn't have a release date for it. This game has been suspiciously flying under the radar to be so close to release. That's always a bad sign.

Was so looking forward to the release of it in November , but now its March I shall wait to see if I will be as hyped as I am now or be too into AC to worry by then . They at least could give us a demo to try to keep us who haven't been there from the start help developing the game interested in it instead of teasing video clips on YouTube.

I think it is good that they delayed it, was able to play pCars for the first time a few days ago, previously i have only seen videos like many other.
For me it was looking better on those Videos than it actually was, even the graphics were not so impressive on screen, so its good to see that they take the time they need to make it perfect for us.

I don't think that being "Hyped" is something that we are limited in a way so we use it up. It's a renewable resource based on the information we get. Once the reviews come - especially those from trusted sources (should they exist), the "hype" will kick in again sufficiently when the time comes.

The other factor that no one has mentioned is that of the Oculus Rift and other possible VR hardware. Pcars release should be closer to CV-1 release, or at least to CV-1 pre-order. That's going to be a huge plus IMO. Once that combination of game and hardware hits the streets - it'll be even more "Hyper"; no crystal ball required to see that one coming.

Of course, that's just for PC but, Sony's VR solution should also create some excitement in console circles.
You must log in or register to reply here.