which soccer game do you prefare???

Got to be fifa for me ...Its got a lot better i think over the last couple of years...Cant wait till the morning so i can go get it
M

but fifa gameplay is nothin against the pes gameplay i think.. (in the past)
but fifa 09 has very goog reviews in the german magazines
R

Yes i think pes was better a couple of years back ..but fifa now for me and with the new one u can have 10 v 10 online so should be good ...:thumb:

Fifa is a football game, PES is a game of football. 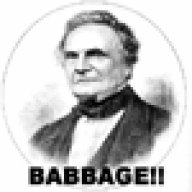 After playing every FIFA since 1897, and every PES since it was called ISS, I think they've come together and in these two recent incarnations they're basically the same.

It's gonna be an hardened fan boy who'll step up to the plate this time. Myself? I've gone FIFA after playing '09 and the lastest PES demo.

Why? Deep down they're the same(now, not a few incarnations ago), so I've gone for the licensed side.

Yes PES fanboys will be beside themselves with nasty 'ball physics' post, but I don't care. I've tried both and I like FIFA.

There's room for both of course and sometimes I'll think bring on the PES, but the war will always rage on.

FIFA for me.
R 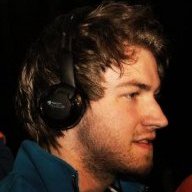 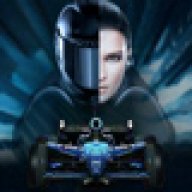 I haven't played the new pes version yet, but with the new graphic engine it looks pretty nice. I hope that the guys from pes made a step into the right direction because it think pes 2008 was one big dissapointment. 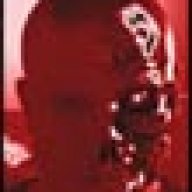 Until this year i have preferred PES, but now after playing PES2009 demo im not very convinced. The most important thing is that if they fix the broken online play, i will get it.. but somehow it seems more and more arcadish, and one important thing its too fast! Dont feel like soccer anymore. FIFA09 on the other hand.. it still has its problems, but it has improved helluva lot, and im actually preferring it over PES2008 quite a lot.. well see.. ill get both, only time will tell which one im going to play more.
M

hey guys,
yesterday i played the pes 2009 demo and the fifa 09 demo.
in my opinion pes 2009 is much better than fifa....
i played the pes demo yesterday min 2 hours (idiot i know ;-) )
but it made so much fun... the gameplay is very very good. a little bit to fast, thats right jarkko... . and the goalkeepers are very bad, regulary they dont catch , they always drop the ball.
but pes 09 is the soccer-king 2009 in my eyes. graphic is good, gameplay is great.
i played the fifa 09 demo for 30 minutes... gameplay is very very bad i think, it cant be compared with pes, . pes plays in his own league..
for me its PES again... like every year ;-)

I must add though, the demo dont exactly give proper justice for FIFA09, full game is much better.. im hoping the case will be same with PES.. and oh god how i wish they finally get PES online play to work!
M

we can try germany vs. finland in any hockey game instead.

ok first germany vs finland in pes 09
and after that match, we will play NHL 09 germany vs. finland ;-)
R

PES2008 was the greatest football game ever made to my mind - just a shame the online play let it down sooo badly.
You must log in or register to reply here.
Share:
Facebook Twitter Reddit Pinterest Tumblr WhatsApp telegram Email Link
47 comments
Assetto Corsa Competizione | GT4 Pack DLC Review (Video)
65 comments
Community Question | What Do You Like The Most About Sim Racing?
60 comments
I take on Jimmy Broadbent, Chris Haye and Jardier in GT4's in Assetto Corsa Competizione
219 comments
Community Question | What Racing Series Would You Most Like To See Made Into A Sim?
65 comments
2020 Styrian Grand Prix | Driver Of The Day: Vote Now