Here's the ebay link - no reserve:

Thanks for taking the time to read, and please let me know if you have any questions.

Thanks for your interest. Unfortunately, after an item has received a bid, if you cancel your auction early you'll receive a strike against your account and be penalized a percentage of the item's present value before cancellation. (Ebay claims this is to reduce bidder disappointment, however, it's really due to the fact they're concerned sellers will strike private deals and side step their auction fees.)

Sorry about that. Best of luck if you do decide to bid. 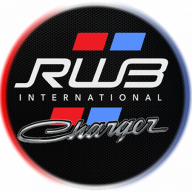 Never had that on my EBay sales and I've cancelled a few?

It's listed in the US Paul.
L

RWBCharger said:
Never had that on my EBay sales and I've cancelled a few?
Click to expand...

For auctions that have bids, ebay allows one free-bee cancellation per year. After that, for every auction you cancel that has bids, you're charged the 10% final value fee of the highest bid received at the time. Many ebay users are unaware of this policy, but here's directly form the horse's mouth:

“Ending an auction-style listing early once it has received a bid can lead to disappointed and frustrated buyers who may be less likely to bid on listings the next time around. For this reason, we may charge a fee if you end a listing early. This fee is equal to the final value fee you would have paid if the listing had ended on its own and sold for the highest bid received at the time you ended the listing.

Because we understand that sometimes it may be necessary to end a listing early, we don't charge a fee for the first auction-style listing you end early (where a fee applies) per calendar year (January 1 to December 31).”

They claim this is to prevent "frustrated and disappointed" bidders, but I suspect it has little to do with that and a great deal to do with defending their profit margins.
You must log in or register to reply here.
Share:
Facebook Twitter Reddit Pinterest Tumblr WhatsApp telegram Email Link
5 comments
European Truck Sim 2 | Calais Reskin Previews
18 comments
rF2 | Ferrari GT3 Released and September Development Roadmap
18 comments
2020 RD MINI Challenge...Returns!
3 comments
Drift 21 | New Update Adds EBISU West