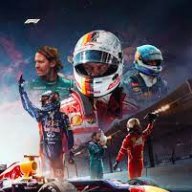 Note: the rules are quite similar to the F1 Fantasy game on the official Formula 1 Website.

Pick Your Team
You have a budget of $100m.
Pick your dream team with 5 drivers and 1 constructor. Your teams will score points based on the team members' performance in the Grand Prix. You must also select a turbo driver for each team, who will score double points, for each race.
You can make as many changes to your team as possible until my announcement of the next race. Each user’s last saved team is the team that gets entered into their leagues.
There are no restrictions on how many drivers can be used from a particular team.
As your drivers increase or decrease in price, this will be reflected in the budget available for you to use when making changes to your team. So when your driver’s go up or down in price, so too will your budget.

How to join
It's relatively easy. Just say "I want to join this game" and you've been in the game.

Team Lock
When I've announced the schedule date for the next race, you must not make any adjustment to your team, otherwise you'll get DSQ'ed.

Point Scoring
Drivers accumulate points for their performance in the race, based on the events in the scoring matrix.
Link: https://fantasy.formula1.com/points-scoring
Constructors score all points accumulated by their drivers, with the exception of those points accumulated in "driver only" scoring categories.
Positions gained are based on the position a driver starts on the grid.

Turbo Driver
Ahead of each race each user will select one driver in each of their teams to be their designated Turbo Driver, who will score 2x points. This driver can be different for each race, but must be selected prior to saving your team. Only drivers priced at $19m and under can be selected as your turbo driver.

If your turbo driver's price increases to above $19m following a raceweek, you will need to select a new one for the next race. If you don't select one, your turbo driver will be automatically changed to the next highest priced player in your team who is priced at less than $19m.

If your turbo driver finishes with negative points, this score will also be doubled, e.g. -2 will become -4.

Update leaderboard
I'll send you an Excel file every time a race has finished, so that you can see how your and your rivals' teams have performed.
And of course at the end of the season the winners will receive a prize.
Please stay tuned!

When I've finished the 2023 season and announced the line-ups the game will kick off.
K

I can enter? Sorry if I post in the wrong place! I want to join this game!

kevintaddo10 said:
I can enter? Sorry if I post in the wrong place! I want to join this game!
Click to expand...