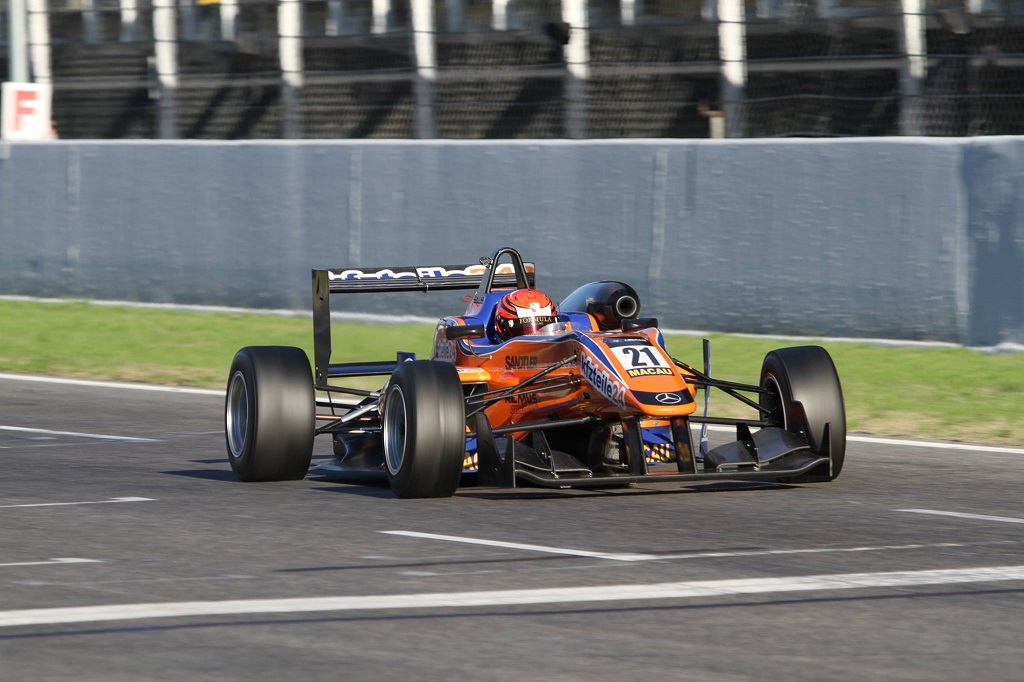 Promising young Danish racer Mikkel Jensen has been given a momentous career boost as he has announced he will receive Mercedes support for his maiden European F3 campaign with Mucke Motorsport this year.

Jensen steps up to European F3 after winning the German ADAC Formel Masters series convincingly last year, earning ten wins during the year. Jensen replaces 2014 Mercedes backed drivers Felix Rosenqvist, Lucas Auer and Felix Serralles, who are all moving on from the series this year.

The team have also confirmed American Santino Ferrucci alongside Beretta and Jensen. Ferrucci also struggled in a rookie half season, although did post two top five results to showcase his potential for this year.

It appears Mucke are likely to stretch to running four cars as they look to also field ADAC Formel Masters title rival Maximilian Gunther. Gunther was the pre-season title favorite for last year's ADAC Formel Masters series, before being outdone by Jensen. Gunther raced for Mucke last year and it would seem a logical step for him to progress with Mucke to the European F3 Series this year.

It's becoming clear the quality of this year's European F3 grid is close to the supreme talent on show last year, with plenty of very fast young rookie's and second year drivers who are looking to make their mark on the series before progressing onto higher series. Mucke are announcing their drivers early on in the year to give them as much time as possible during the pre-season, as they look to challenge for the title this year.

Michele Beretta? Okay...
Hmm, I expect a very tough season for Mücke Motorsport.
Will Tatiana Calderon still be running in the Zeller/Mücke car?

The rookies from German F3 should be quite good, but unexperienced nonetheless. Santino Ferrucci started very well last year, hope he will have a solid season. He still is very young.
You must log in or register to reply here.