Mercedes on top in Montreal practice 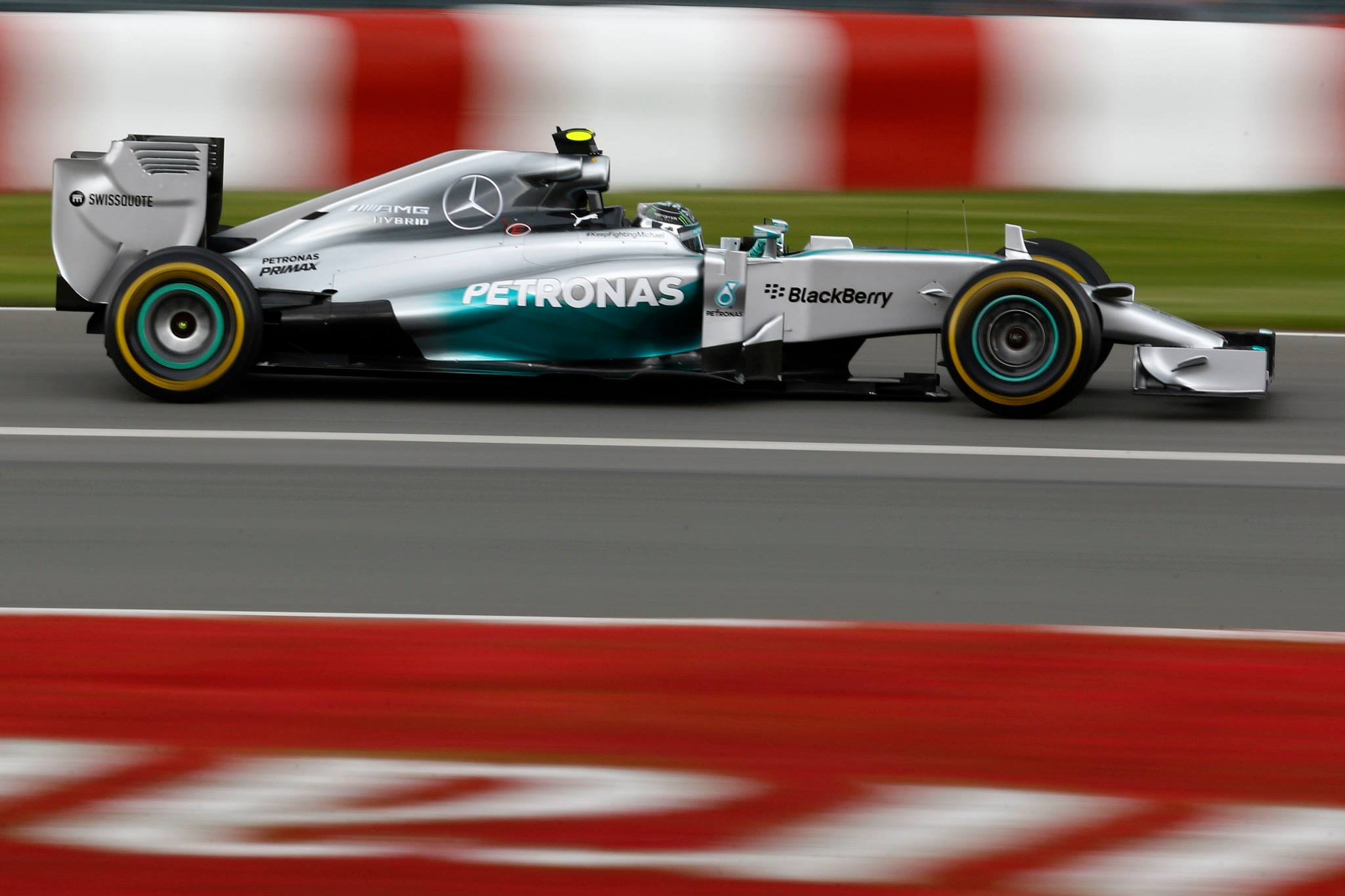 On Friday in Montreal, it would be Mercedes that continued their spell of dominance, although it wasn't to be plain sailing for the championship leaders.

First practice saw a number of cars sliding around as they looked to find grip and the best lap time possible, Force India driver Nico Hulkenberg was the first to go over the limit, putting a wheel on the grass caused him to spin the car.

Lewis Hamilton, hoping to quickly get back on top in his championship battle with Nico Rosberg and he started off his weekend with an early fast lap that sent him to the top, only to follow up by overshooting turn 1.

After securing the first points for Marussia at Monaco last time out, Jules Bianchi was hoping to keep his form going but he brushed the wall coming out of the tricky turns three and four chicane, the damage that the Frenchman picked up from the impact ended his session early.

Alonso would then produce the fastest time of the opening session with a 1.17.238, although Hamilton would likely have gone quicker had he not locked up at Turn 10 on a lap which saw the British driver set the fastest first and second sectors.

Behind Alonso and Hamilton was Nico Rosberg, the top three all within just over a tenth, but behind the championship leader was a big gap to the others.

Red Bull enjoyed a solid start to a weekend with Sebastian Vettel in 4th and Daniel Ricciardo in 6th, between the pair was Williams driver Valtteri Bottas, the Finn will look to repeat the performance he produced last year when he qualified third on the grid.

McLaren would also continue their recovery to what has been a mediocre start to the season, Button and Magnussen taking 7th and 8th. Ferrari man Kimi Raikkonen couldn't match his teammate and could only post the 9th fastest time ahead of Jean-Eric Vergne and the two Force India cars of Hulkenberg and Perez.

Lotus were clearly struggling somewhat with Grosjean only able to take 14th and Maldonado in 16th but if anyone had a bad day, it was Felipe Massa, the Williams man could only produce 7 laps due to an ERS problem.

It would also appear that Red Bull have made a move in the right direction as Vettel would finish 3rd and within half a second of the fastest time of the session, like Red Bull, Ferrari once again would show good pace, Raikkonen taking 4th and Alonso in 5th but they still have a lot of work to do if they want to try and challenge Mercedes.

It would be a common theme to see team-mates close together on the timesheets and that continued with Williams duo Massa and Bottas in 6th and 7th ahead of the McLaren pair of Magnussen and Button.

Jean-Eric Vergne rounded out the top ten as he continues to fight to keep his seat at Toro Rosso, behind Vergne was another Frenchman in Romain Grosjean, the Lotus driver struggled to 11th place.

Whilst Vettel was showing the Red Bull pace, his team-mate Daniel Ricciardo wasn't quite up to speed and could only take 12th, surprising given his impressive start to the 2014 campaign.

Force India perhaps surprisingly were also quite a way down the times, Hulkenberg and Perez only 13th and 14th, with fellow Mercedes powered teams Williams and McLaren looking quite strong it could be a painful weekend for Force India.

It is all set up for a good weekend of racing in Montreal and the big question remains whether anyone can challenge Mercedes?
You must log in or register to reply here.