Hey. Me and a friend of mine just got the GTR evolution expansion after being stuck on iRacing for a while.

We are looking for a league to race in. So far the only one we have found is through RaceConnect but its at 3pm on thursday which is when we go to work.

If anybody knows of a good league that runs later at night, after 9 central. Or preferably on weekends that would be great.

Any car any tracks. Just looking for some fun racing.

Or possibly just a group of people that wanna get on during the weekends and race with us? We usually just hop in a vent and try to find good servers.

EDIT: We are in Midwest United States. for time reference. 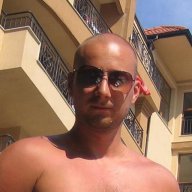 On RD there is a couple of leagues and a lot of funraces. Use "search" and You will know everything.

There is a F3000 league starting soon as well. Info is here:
http://forum.racedepartment.com/americas-f3000-grand-prix-championship/