Hi folks
I have followed the examples given to set up a server on AC. It works fine except that it is non collision.

Damage multiplier is set to 100 as given.

This issue is known to the developers and they're working on it apparently.
From a small amount of testing, the issue seems to be that you can collide with multiplayer cars situated in grid slots 0 and 1 without obtaining any damage or feeling any contact even if you T-bone them.
Grids slots 0 & 1 can obtain damage, and will feel the contact.
Reactions: Bram Hengeveld
T

Ok as i have only tried with 2 cars I guess these slots are allocated 0 and 1. Although neither of us feel contact.

I am confused with the last sentence as this looks as if it is contradicting the previous statement. Sorry if I have mis-understood.

Oh? Well maybe my experience with the issue was limited, because I was not in grid slots 0 or 1.
Perhaps they cannot feel contact either.

The only way around it ATM is to pre-book bogus players in the entry_list.cfg under CAR_0 and CAR_1. That way those two slots are taken before anyone else can book or join.
T

Sorry, but how do i do this?

Thank you for your assistance.
A

To fix this-- since apparently the devs aren't interested in a fix-- you'll need to set two dummy drivers in slots 0 in 1. Just put the regular stuff in the entry list and then a fake GUID.

As far as open servers go, I don't think there's a way to get around this.

Major MP issue, as far as I see it. But it's been three weeks since AC has known about it. I am still of the opinion that this issue will never be fixed (though I hope I'm wrong), because they don't know how to fix it. 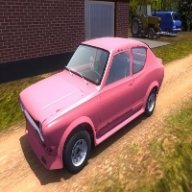