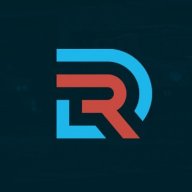 RaceDepartment (RD) had the chance to talk to Diego Sartori (DS) and asked him a few questions about RACE Pro and SimBin in general.

About “RACE Pro” in general

RD: "RACE Pro" is the first console title produced by SimBin. How do you feel about SimBin embracing the XBOX 360?

DS: I think it is the right move for SimBin, not only from a business perspective but also from an IP perspective.
RACE as an IP needs to reach a broad market, it is vital for SimBin financially and it is crucial for the IP to remain interesting for the Publishers.

RD: By moving to the Lizard Engine, what are the major innovations that SimBin has been able to put into “RACE Pro” that have not been visible in previous games. Do you feel you have created a solid platform with this new engine?

DS: The biggest challenge of all has been to make the Xbox360 deliver an experience similar to that our customers on the PC have come to like and appreciate.
This of course considering that RACE Pro runs on our own game engine – Lizard –
I do think that Lizard and RACE pro constitutes a solid entry on to the console market and it is my firm believe we with the release of RACE pro have a solid foundation to build a multiplatform future around.

RD: On the XBOX 360 "RACE Pro" will have to compete with successful titles like "Race Driver: GRID" and "Forza 2". How do you see "RACE Pro's” chances amongst these games?

DS: This is very much down to mindset of the individual user. RACE Pro targets those that care the actual racing and the emotional rollercoaster a race should provide.
I trust that RACE Pro will be able to compete and even take centre stage when evaluated on the things we feel really matters in a racing game.

RD: With regards to the competition: where does "RACE Pro" distinguish itself from other XBOX 360 race games like those mentioned above?

DS: Immersion and driving feel through attention to controls, physics, sounds and AI. This is where I think RACE Pro distances it self from the competition.
I should properly add to the above that I don’t think comparing GRID and Forza 2 is fair, the two games use such different game drivers and the end result in my opinion creates two very different gaming experiences.
In my opinion one of them outdoes the other by a fair margin with regards to what I think matters in a racing game.
It is properly best to refrain from being any more specific than this J
I would as gamer choose RACE Pro for the simple reason that I love racing, pure racing that is

RD: Would it be interesting for PC gamers that play SimBin games like "GTR Evolution" and "STCC - The Game", to go for the XBOX and play "RACE Pro"? And for what reason(s)?

DS: Again that is 100% up to the mindset of the user.
When I play racing games on PC I prefer to use my 1500 dollar ECCI wheel and I rarely boot up the PC unless I have lots of time to spend behind the wheel.
On the Xbox 360 I prefer to sit in my sofa in front of my big HD TV and I play the games with the joy pad. On the Xbox 360 I would start up the game even if I only had 30 minutes of playtime
One could mistakenly think that this means that I have less of a “hardcore” attitude when playing RACE Pro and that is completely of course completely wrong. Console racers are just as skilled and just as “hardcore” as their PC counterparts.
In terms of content there is little difference between RACE Pro and RACE 07 with all of the available expansions but in terms of how you spend with the two games they can be very different and therefore also have very different appeal.

RD: SimBin is known for providing a high-realism standard in their games on the PC. To what extend has this standard been maintained in "RACE Pro" on the XBOX 360? How did SimBin meet this challenge?

RD: “RACE Pro” will support online play with a maximum of 12 drivers per session. This is less than the recently released PC titles that supported up to 25 drivers. What are the reasons for this shrunken online capacity?

DS: Hardware limitations mainly.
When you develop a game for any of the consoles there is a “rule set” the developer must follow, this “rule set” and the hardware specs of the Xbox 360 console made it impossible to reach a higher number of clients.

RD: Will any of the following features be in “RACE Pro”?
Ø Downloadable Content through XBOX Live: new expansion packs or individual tracks, cars and/or liveries.
Ø Option to add client produced content like tracks car and/or liveries.
Ø A track or car builder and/or car painter.
Ø Online leaderboards or ladderpages.

DS: RACE Pro features leader board support and there is a DLC strategy in place for the game.
User created content is not a feature in RACE Pro.
We wanted RACE Pro to purely focus on racing and what happens when the player is behind the wheel. There are other games that has focus on the racing bit and more on the user created content bit hence why I think there is room for both types of games on the market.

About SimBin and the future

RD: Now that SimBin has embraced the XBOX 360, are there any plans for producing games for other consoles, like the PlayStation 3 or the Nintendo Wii as well??

DS: The Lizard game engine has since we announced working on it been presented as a multiplatform engine and I guess the answer to your question is right there to be seen J

RD: Will SimBin also release PC games based on the new Lizard engine? What do they have in mind and when do they expect these games to hit the shelves?

DS: The whole idea of developing a multiplatform engine of our own has been to be able to deliver multiplatform games on it and that includes the PC.
When and what comes next from SimBin I can not comment on here. I am sure however that you will know more on this relatively soon.

RD: Is there any racing series that are currently unrepresented by SimBin that appeal to SimBin for future projects? What are the plans for these?

RD: Do Simbin think that the there is much potential in an MMO (Massive Multiplayer Online) style racing game given the combination of the huge commercial success of games like “World of Warcraft” and the clear popularity of online racing in existing racing titles like SimBin’s.

DS: One thing that is very important to have in mind with regards to this question is that alongside the successful MMO games there are also far from successful MMO games.
The cost of developing a racing oriented MMO (any MMO for that matter) is a huge investment, an investment few publishers can afford to do.
Do I think it would could become a success, there sure is potential but there is also huge risk and that is more than likely the reason we have not seen a racing oriented MMO since Motor City Online.
For it to happen and for it to become a success takes a lot of money, the right publisher and the right developer and on top of that a great deal of luck in making the right decisions during the development phase.

RD: What kind of support does SimBin receive from racing series, manufacturers and related companies?

DS: In general we enjoy fantastic support from the partners featured in our games and the process of getting the content in game is collaboration between the teams and the developers.
We get access to tracks and cars for the SimBin reference to go and take pictures and video to support the CAD files. We get spec sheets and access to drivers and engineers in order fully get under the skin of the cars and to better understand how they behave on the race track.
SimBin CEO Henrik Roos, a former professional racing driver is a great source of both inspiration and knowledge. Henrik is deeply embedded in the creative process of all SimBin releases and he plays a vital role in the relationship between the developers and the license holders.

RD: How involved do real drivers and engineers actually get in developing the handling of the cars

DS: They get really involved and we take all their feedback into account when developing a car.
As often as we can we let real life drivers drive their cars in-game and when ever it is possible we do sit down with drivers and engineers to interview them about their cars and racing.

RD: Is SimBin pleased with the sales of “GTR Evolution”? Why? How do these compare to previous titles?

DS: The install base for PC racing games is extremely limited, this considered we are pleased with the sales of RACE 07 and its expansions, including GTR Evolution.

RD: If you could pick one series and season from all racing history to be able to make into a game what would it be? What are the chances of SimBin actually doing this?

DS: I can not comment on this as that would be strategically unwise to reveal at this time.

RD: Final question. What does SimBin think of RaceDepartment with regards to how they provide an online platform to discuss and play SimBin games?

DS: SimBin is grateful for the support from all communities and we take great pride in our games forming a sense of unity amongst racing game fans.