How Do YOU Decide Which Cars/Tracks to Buy in iRacing?

For example, I'm currently in mid D-class and enjoy both AI and multiplayer racing. I'm leaning towards purchasing the Skippy2000 since it's now available for AI. But then, if I want to race the Skippy in a season, how do I research which specific tracks I'd need?

Right now the only series I'm running is Mazda MX-5. The tracks it uses are all included with basic membership.

But assuming I want to "graduate" to something else, how would YOU decide what to purchase? 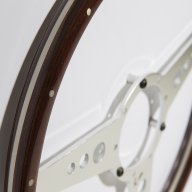 As a fellow iRacing newbie, I can only go on my recent experience.

I used the MX-5 to get my D licence. Then I bought the Skip Barber because I like slower open wheelers, there are lots of drivers racing the Skippy, it is one of the most popular series (usually second or third most populated series) and setups aren’t too important as there isn’t much you can adjust.

There are only two tracks that come for free so I am having to buy a lot of tracks for the series but it is the same with all the D license series.

See here for the series and the tracks required for this season. https://iracing-week-planner.tmo.lol/

As you’re aware, Skippy also has the advantage of being one of the cars you can race against AI.
N

They have the entire season available for each series before the season starts. I'll try to remember to post a link later.

The Class D fixed races were 15min long. This season they are 12min long. The Porsche Cup races are 30 min long.
M

Bert, If you go to the link I gave you, go to the bottom and click on any of the series in the list of series it gives you every track for each week of that series, indicating which you own and those you do not. 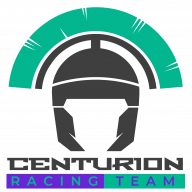 When I first started about 3 years ago (I think) I was coming straight from the F1 series on PS4 so my intention was get to the Williams as quick as possible via Formula 3 and Skippies.

Everyone said Skippies was a great series, really fun and good to learn race craft but for me I didn't enjoy it so much (maybe with v7 tire model and more experience I might like it more now). Same with the Formula 3 really, I do enjoy it but not as much as I would have thought.

I headed down the GT path and got myself a GT3 and V8 Supercar. Not realising the V8's aren't really popular in UK but are over in Australia (and mighty difficult to drive for a newly promoted driver) that fell away.

The GT3 and GTE path were definitely for me car wise. The way I decided tracks was purely down to 3 things (in order)

1. Most often used tracks in a series (for me a combination of IMSA/iLMS/VRS)
2. Tracks that looked nice to drive based off me watching YouTubers/streams (Road America/Watkins Glen)
3. Tracks I just wanted because I enjoy them in other games or know them (Oulton Park/Suzuka)

I think for a new driver the best thing that will help you is to watch YouTube/streamers who will mainly stick to a certain car type and you can see from there which ones will be optimal for a particular series.
Reactions: BrunoB

I just buy whatever takes my fancy...and i fancy quite a lot that i don't own!
Reactions: F_B and BrunoB

Don't forget to buy/rent in bundles of 3 or 6, it'll save a little, can be car/track mixed bundles. We are in the middle of the season (week7 of 12), so now is the worst time to buy because you will not be able to get full 8race credit in any series any more to cash in on your 3$ participation payback. At the moment I would check the schedule of the free cars for free tracks and do those. Don't forget the mixed series, e.g. the Global Challenge runs a free car (Cadillac ctsvr) and a to rent car (Kia) together. Last week we used a free track (Laguna) in that series, next free track, I'm afraid, is four weeks away (Lime Rock). Also I would dip my toe into the other categories, i.e. oval, dirt and dirt oval, using the free stuff to get a broader image of what you fancy before buying/renting anything.
Last edited: Jan 23, 2020
Reactions: avenger82
R

I got a great deal for 3 months for about a fiver, and lasted about a month before getting sick of the whole way this game works.

It is about paying obviously, once you get out of rookies (which is fairly easy with sense) and into the next ladder periodically there are hardly any races to enter without paying for cars or tracks, and as I was only going to be ever playing for 3 months I simply lost interest as to be able to play you had to enter rookie races which were just a total nightmare and waste of time.

The damage model is poor, the physics are OK, but average in comparison with some modern games in some categories, (not all as IR do a great job with ovals and to some extent dirt)

But the Irating thing just lost me interest, every incident is somehow your fault even if someone takes you out, and I simply lost patience and interest in the game. I utterly hate damage ratings and these rating systems, I can see why they are there but having raced for years on public servers on several games you can quickly root out tossers and get on with racing normally. This system to me is so unfair to the innocent, just like the GT Sport one. And I don't play that either as a result.

So much so that I uninstalled and have not missed it one little bit.

it is vastly over rated in my opinion as a sim, and unless you are prepared to pay for cars and tracks there is not enough there to warrant much else.

it's a model that works sure, but for me I will never, ever touch this software again, I would rank it a very average 5/10.
Reactions: BrunoB

Interesting comments that echo the real world. Someone can take you out in a real race and you have to learn to be cautious around other drivers until you know what they are capable of. Sim drivers tend to be less cautious because they are not worried about real danger or crashing a real car. iRacing tries to add that bit of realism by creating penalties with the safety rating.

The iRatings make complete sense. If you finish in the top half of the field, you get points. If you finish in the bottom half, you lose points. They use iRatings to group you in races with people of similar ability. When you are not a very good driver that means you are grouped with drivers who are more likely to take you out.

The rating system has to be automated in order to handle the number of races that are continually being scheduled. Imagine how expensive it would be if there were judges analyzing each incident.

I think the system works despite the fact that I have a long way to go and am still grouped with a more dangerous crowd. However I think it is fair that I am currently grouped there.

Rob Every said:
it's a model that works sure, but for me I will never, ever touch this software again, I would rank it a very average 5/10.
Click to expand...

I more or less agree with your assesment.
But the IR and SR does obviously work for some people!

I think it has a lot to do with peoples mental attitude or rather internal constitution.
Some people have a very laid back attitude when somebody approach them (in example a virtual car) and some does take it very personal and confronting.
If you are in the last group then its very difficult to agree with an automated system that punish you for something others do (to your virtual car).

ByTheWay: Another thing is that overly carefull driving happens to be punished extra - because a lot of opponents take even the slightest sign of this as a weakness they have the right to use to push the carefull driver even more down the slope.
R

I simply found I was not enjoying playing it, and was not at all bothered when I decided to stop.

It left me cold frankly, was enjoyable initially but the quality of cars you get to drive for a basic fee is garbage really, so i simply decided this was not at all worthwhile and moved on other things and I do not miss it in any way at all.

This is all about having fun. So everyone should do what works for them.

For me the money wasn't an issue and I simply got the cars that the main series were running. Initially that was a Ferrari 488 GT3 then a BMW GTE and the Porsche Cup car. Then I backfilled all the tracks I needed for the season. I also got a VRS premium subscription $99/yr to learn how to race each track since I have a lot to learn and that has helped me learn how to drive each track more competitively.

For someone who wants to learn how to drive competitively there are not many options.
C

I've also just plain bought the tracks I need for specific seasons and not cared so much about the cost. The new AI increases the value of some cars and tracks, I just did an amazing race in Okayama with Skippys - AI's can make for a good fight!-)
R

I think the thing is I would rather spend that sort fo money watching real racing or perhaps doing something more worthwhile than giving it to a filthy rich company anyway.

Horses for courses, but I just can't stomach it sadly. There are some great aspects to this sim, but not enough for me.
M

Rob Every said:
a filthy rich company.
Click to expand...

What gives you this idea? I'd bet that none of the Simracing companies developing for the PC would be classed as filthy rich, more in the camp of making enough to pay staff and keep developing content.

No kidding, that's a really huge assumption based on no data.

Maaznz said:
I'd bet that none of the Simracing companies developing for the PC would be classed as filthy rich, more in the camp of making enough to pay staff and keep developing content.
Click to expand...

RCHeliguy said:
No kidding, that's a really huge assumption based on no data.
Click to expand...