This week-end is the sixth and final round of the Historic Porsche Cup at Mount Panorama, its an one hour Enduro race with a mandatory pit stop on a fast and challenging circuit.

The previous round at Leipzig Porsche Test Track saw Ross McGregor being less dominant and even let a race win slipt throught his fingers which tighten the championship and making the final round interesting for all the drivers in the series. Some of the drivers made some progress in the fifth round and was closer to the top runners and some others were out of place, Yves Larose said this to our reporter after the races "I was unable to find a good setup for the car making it very unstable and hard to drive" and putting him in the middle of the field.

Mount Panorama (also known as Bathurst)
One of the most iconic track in the world, its a temporary circuit using all day roads that goes up and down Mount Panorama making the track very challenging for the drivers. The lap start with a short straight that take you to turn 1 call Hell corner a 90° degree corner with a camber, too much of the inside curbs and you can up wide in the grass on the exit or even send you into a spin. You are now on the first straight (Montain straight) which take you up to 220 kph in fourth gear, spot your braking point and your now at Griffin's bend for the second corner, a long and tight right hander took in second gear where you have to avoid the inside curb and uses all available road on the exit to maximize the speed on the short straight that follow, The third and fourth corner is a double apex left hander call The Cutting, brake too late and you probably end up in the wall, brake too early and you'll loose time. The next section of the track is a roller coaster ride turning right two time followed by four fast left handers and all that while avoiding the walls. You are now on a short straight and prepare yourself for the most technicle part of the track, it all start at Skyline a down hill chicane with some bump that will make the car unstable but you still need to push the car to the limit if you want to acheive a good lap time. The section finishes at the bottom of the Mountain at Forrest's Elbow a left hander, too fast on the exit and a brush on the wall await you and too conservative and you'll loose top speed on Conrod straight the longest straight of the circuit that will take you up to 255 kph. The chase is now your other challenge, you arrive there at 255 kph for a little kink that require some precision and finess other wise you'll end up wide or loose the rear and spin, braking for the next part is very tricky as the side of the car is still loaded making the car very unstable, brake too late and you'll go play in the sand so precision is the key to a good lap time. A small down hill straight takes you to the last corner call Murray's corner, another 90° degree left hander too late on the brake and your in trouble but get it just right and it will reward you with a good lap time.

Live Stream & Watch and Win!
Don't miss the live broadcast of the races as we are giving away one premium membershipto a lucky participant in the chat-box. Tune in today (Sunday March 1) at 20.00 GMT and watch the fifth round of the Historic Porsche Cup live at RaceDepartment. 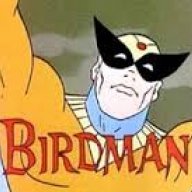 @Yves Larose is it possible to have more camera coverage of the middle pack???the front runners get a lot more coverage and the "fun" battles seem to get avoided..just a thought.

Allan Ramsbottom said:
@Yves Larose is it possible to have more camera coverage of the middle pack???the front runners get a lot more coverage and the "fun" battles seem to get avoided..just a thought.
Click to expand...

We normally watch where people are close to eachother, going from the top down. So if there's a fight for P2 we'll show that over a fight for P7. However if there's no close fights for the top part we'll switch to some good fights.
I remember in one race at the Hockenheimring we showed a lot of the battle for the last 2 positions
Reactions: Stan
You must log in or register to reply here.
Share:
Facebook Twitter Reddit Pinterest Tumblr WhatsApp telegram Email Link
17 comments
WRC 9 | Update Deployed, Finland Stages Released
11 comments
An Englishman, A South African And Some Race Cars... Wild Times In Virtual Racing
49 comments
Community Question | Light or Dark?
2 comments
Ferrari Hublot Esport | Championship Finals Day
33 comments
Formula One Portuguese Grand Prix | Driver of the Day: Vote Now