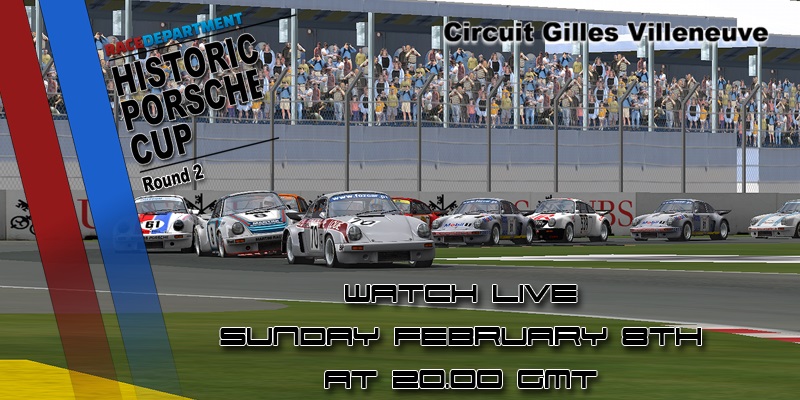 Today the Historic Porsche Cup moves to Circuit Gilles Villeneuve in Montreal Canada for its second round of the championship.

The previous round at Sebring International Raceway saw a dominating Ross McGregor in the qualification and both races leaving everyone behind with an impressive pace. The first race podium was completed by Silvino Rodrigues in second place and Guilherme Silva taking the third step of the podium.

The second race was a real thriller until the final lap where Jarek Kostowski beat Silvino Rodrigues at the chequered flag by a margin of only .061 and both drivers completed the podium behind McGregor.

The circuit has many chicanes with high curbs that will unbalance the cars so expect a lot of sliding and wall rubbing, many overtakes and side by side action in some of the chicanes. Especially at the Senna chicane, where drivers can defend their position on the outside of the racing line, giving them the advantage for the right-hander that follows.

Tonight's live streamed event will again be a double sprint format with two sets of races of 16 laps each preceded by a 15 minutes qualification to determine the starting grid.

Live Stream and Prize
Don't miss the live broadcast of the races as we are giving away one premium membership to a lucky participant in the chat-box. So tune in this Sunday February 8 at 20.00 GMT and watch the second round of the Historic Porsche Cup live at RaceDepartment.

I cannot wait for this one, the first was very exciting!

What a race. It was pure FUN to watch it. Thank you very much.
Reactions: Yuri 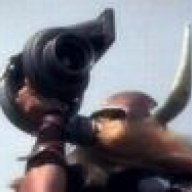 It seems I found a working proxy for the germans they can't watch the stream due to some right problems in germany for this streaming service. All old solutions they end with ".com" doesn't work anymore.
This one I found is from the dutch.
If you have interest pm me not sure it is allowed to post it here.

Andrew said:
What a race. It was pure FUN to watch it. Thank you very much.
Click to expand...