I have extremely low & blurry VR resolution. No matter what I try below, nothing fixes it . Anyone know how to "force" VR into a desired resolution. because right now it looks like its locked into 480p or something like that. For an example its the same issues that these guys have...

no matter what, the graphics in game are very pixelated like its 360p

my other computer with the same VR headset... works fine.

I am out of ideas & need HELP! 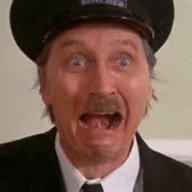 I was just looking at the thread you linked and noticed the OP managed to fix his issue, saying "it actually only works correctly when i have RRE installed to the same drive as my main steam install'

Something to check if you haven't already?
T

Thank you for the reply.. Ive read that as well, i cant see that fixing it.. but I am currently downloading and reinstalling it on my C drive where steam is. I hope it works cuz im over losing days working in this. Ive been at it for 4 days now. Will report back with results.
T

After 4 days I have finally got it to work.. THANK GOD!! However I have no idea what was the cause or the fix. I could take a guess, but it could have no value..

After trying everything, the 2 things I did different was installing the game on the same drive as steam & reinstalling windows mixed reality (along with updated odyssey plus firmware). Each one done after a reboot.

(My old PC has raceroom stored on a different drive then steam. So this just boggles my mind if that was the fix on my new PC)

Now running a steady 90FPS in VR with 170% SS. Such a big upgrade from my old PC, its night and day!!
Hope this helps and works for others. Cuz i know the aggravation!!!
Reactions: EsxPaul

That's good news! These PC's can be baffling things sometimes but at least you got it going in the end and your experiences will most likely help somebody else down the line
Reactions: troch22

troch22 said:
My old PC has raceroom stored on a different drive then steam.
Click to expand...