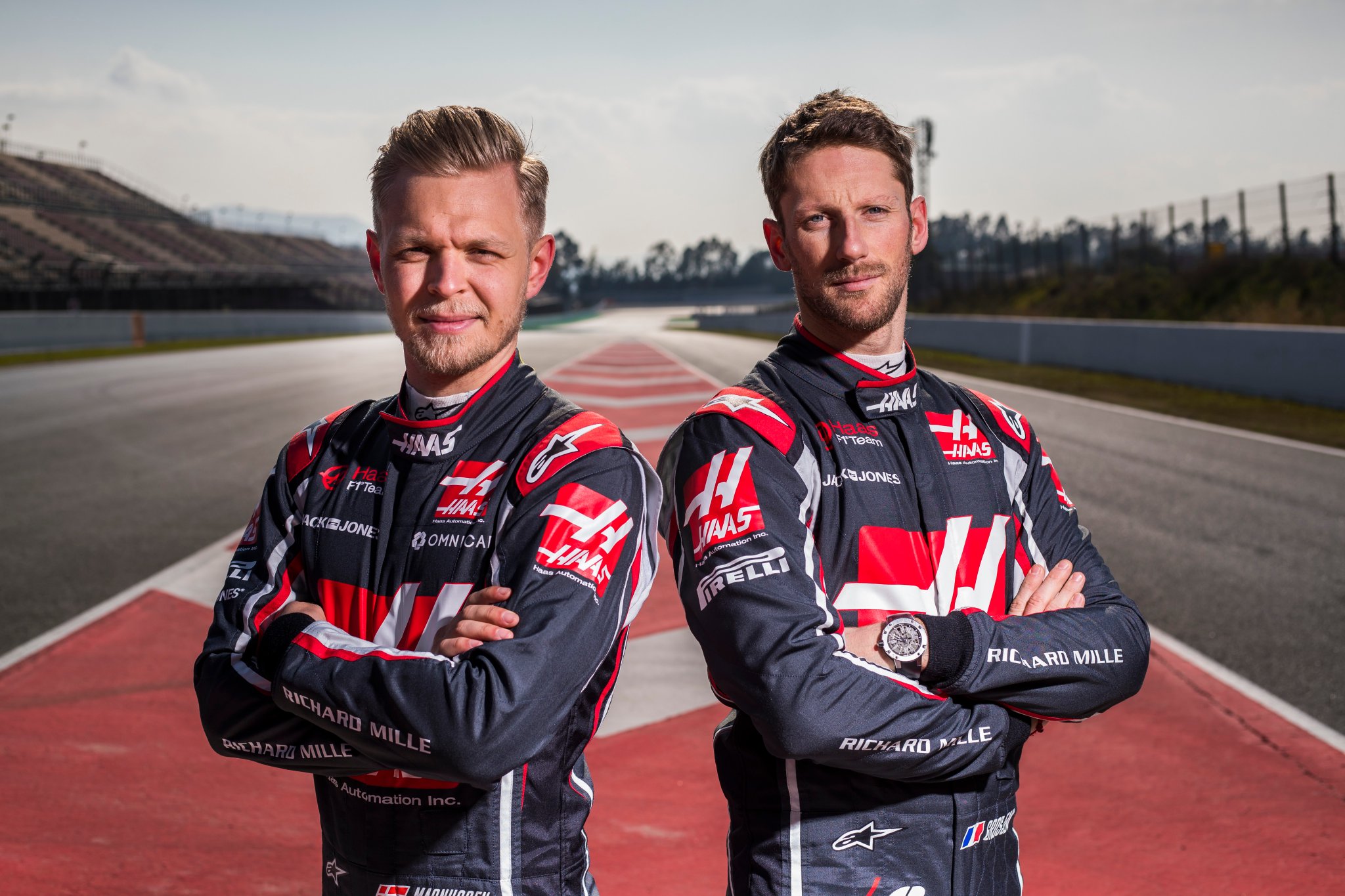 Romain Grosjean and Kevin Magnussen to remain with Haas F1 in 2019.

The Haas F1 team have confirmed incumbent drivers Romain Grosjean and Kevin Magnussen will remain with the American squad next season, closing down yet another opportunity for Esteban Ocon and Stoffel Vandoorne to extend their stay in Grand Prix racing beyond the current year.

With Magnussen having arguably his best season in Formula One to date, it was always expected to be something of a forgone conclusion that the Dane would stay at Haas next season. Thanks to an impressive run of points scoring finishes, the American team have rewarded the ever improving driver with a new deal to stay at the squad for the 2019, 2020 seasons, giving the former McLaren driver what he describes as the best situation he has been in since making his Grand Prix debut in 2014:


“This is a team filled with racers and we’re all striving for the same thing,” said the driver of the new announcement. “There’s no bureaucracy and everything is very straightforward. Gene Haas is all about efficiency, and he and Guenther Steiner have created a very efficient environment that gets the best from its people. We all believe in each other and that’s why we’ve achieved as much as we have.”

"(I've) never been in a better situation than the one I’m in here at Haas”.
​
Ensuring continuity in both seats at the still young squad, Haas also took the opportunity to re-sign under pressure Frenchman Romain Grosjean, the 32-year-old having tied up a surprise extension to his contract despite what has been a difficult year to date, peppered with unnecessary mistakes and costly accidents - something Grosjean will be keen to put aside as he and the team look to secure their most competitive championship position in Formula One to date:


“It’s impressive to see what this team has accomplished in such a relatively short time, and for someone who has been here since the very beginning, I take a lot of pride in the time, effort and sacrifice we’ve all put forth to make Haas F1 Team so competitive,” added Grosjean.

“I’m very happy to continue with Haas F1 Team and represent Haas Automation and all of our partners. Gene Haas has built something very special – something we can make even better – and it’s an honour to be a part of it.”​
With both seats at Haas now accounted for, just potential seats at Williams, Racing Point Force India and Toro Rosso remain for aspiring Grand Prix drivers ahead of the 2019 season, closing yet another attractive proposition for increasingly large pool of potentially out of work talent looking for a opportunity next year.

For more from the world of Grand Prix racing, don't forget to check out the Formula One forum here at RaceDepartment and get involved in the conversation.

Do you think Haas have made the right move to retain Grosjean and Magnussen next year? In your opinion can the team compete for podiums in 2019? Let us know in the comments section below!​
Last edited: Sep 28, 2018

I was quite impressed with Romain Grosjean after listening to his interview on Beyond the Grid. If you have the time, it's probably worth listening to.

Good to see them both remaining, as they are both excellent drivers in their own right, even if Grosjean's early season was not really what you'd expect from a veteran.

I like and rate Grosjean.. happy to see him stay and I still honestly think he could win races and maybe a title in the right car...

Booooooo.... Can't stand either of them..

Well, to me it looks like Haas don't want to improve their pace... shame.

Paul Jeffrey said:
I like and rate Grosjean.. happy to see him stay and I still honestly think he could win races and maybe a title in the right car...

As a french formula one fan, I just can't agree with you
I don't think Grosjean is the worst driver of the grid at all.. But capable of winning a title ? Seriously ? IMO, 60% of the grid would beat him.

Nothing special both guys. Hope for Ocon for a seat this year or next year he have more tallent and thats what whe need.

Paul Jeffrey said:
I like and rate Grosjean.. happy to see him stay and I still honestly think he could win races and maybe a title in the right car...

Have another drink, Paul!

Stability and continuity is a very good attitude.

Bad news! All we heard from these guys was "sorry guys"...
They will continue to break cars and fry tires.
Hass deserved better arms.