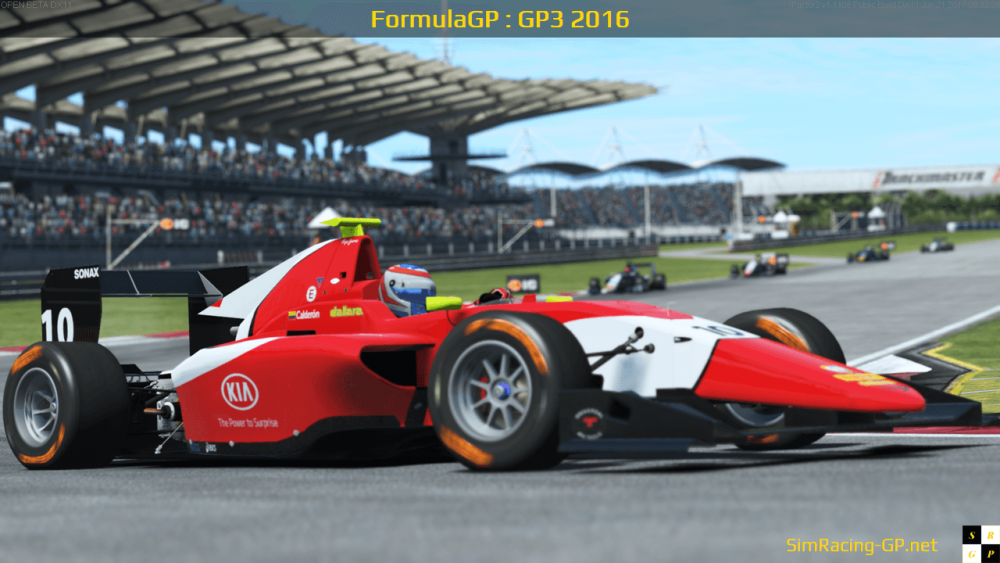 Just in time to celebrate the launch of the new F1 season, wings are back !! (before you say it Damo and Evan, there is an event at Melbourne scheduled for next week)

Welcome to the Aussie rFactor2 racing club! This is the place to be for relaxed, friendly racing and our events are open to everybody from rookies to the seasoned pros. You will always find people around your level to battle with, so jump on in! If you need any help the don't hesitate to ask on TeamSpeak... there's no such thing as a stupid question!

We highly recommend the use of Crew Chief. It's an audio spotter that tells you when cars are alongside, greatly increasing your awareness and reducing unnecessary incidents. You can download it here.

Agghhh might not make it... ya know.. girlfriend stuff... I seriously love this car so It’ll be great to have another one in the future though

Thanks for the race guys, that was an awesome event!

I wasn't really expecting much in the race. It had been over a week since I had opened up the combo. During practice I just did laps with race fuel to prepare. Quali was OK, did a decent lap for 4th until I rebooted. Then was able to get one flyer when I got back and shaved a couple tenths off... Didn't mean much since I would have had to do a pb and more to catch Simon .

After battling in r1 I was able to get to 4th, in r2 I was hoping to hang with Simon a bit, but soon he was gone. I was doing consistent laps, but couldn't make up ground... Then realized he was up there with Sun and Tony, so I wasn't doing that bad afterall. Blew my chance for 3rd with some sketchy laps when Tony's tires were going off, one more lap and I would have had him!

Come to think about it, 10s back at the end oof the race isn't that bad. That is only improving 0.4s a lap to be with the front runners...
You must log in or register to reply here.